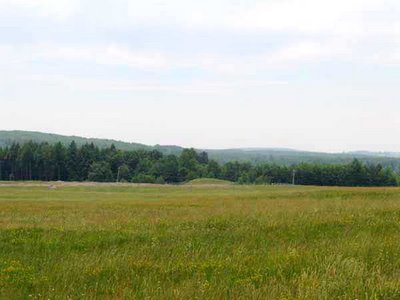 In an abandoned strip mine near Shanksville Pennsylvania the first battle in the war on terror was fought and won. Five years ago today our World Changed 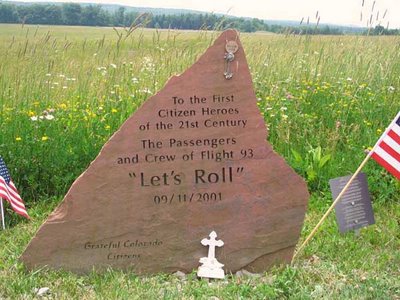 Many times down through history there have been watershed events that brought irrevocable change to the lives of the people. The Boston Tea Party, the secession of South Carolina, the assassination of Austrian Archduke Francis Ferdinand, the election of Adolf Hitler just to name a few. September 11th 2001 was one of these events. The world changed that morning, never to return to life as we knew it. Never again will we feel that terrorist acts are something that only happens somewhere else. Never again will hijackers find airline passengers to be passive. Two countries have been invaded. Will we someday look back at this event as the beginning of World War III.

Only the future will tell. 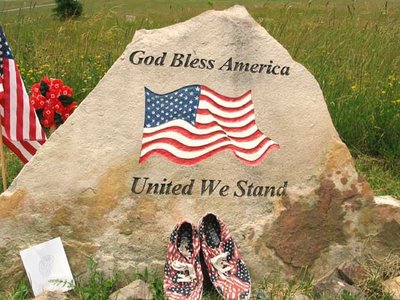 We have visited Shanksville twice since that day. It is nothing spectacular, just a grass covered strip mine. The impact site is beside the grass covered mound in the top photograph. This mound was formed from the material sifted through during the investigation. The small temporary visitor’s center is surrounded by memorials that everyday people have placed there to memorialize their friends, family and fellow countrymen who's lives were given that day. The mood of the visitors is that of reverence. It is the same as one experiences in church, only more so. Everyone speaks in hushed voices, there are no children running and playing, no one laughs, no one calls out to their friends.

All who visit understand the significance of that fateful day and of the good Americans who left this life fighting for what all good Americans believe in.

Thanks for sharing your thoughts and the photos In Rememberence