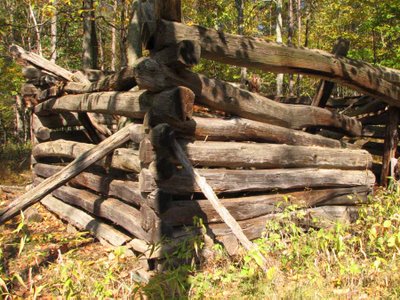 Today I visited an old farmstead known to older locals as Dick’s Lower Place. Dick Mellott had previously lived farther up the mountain and after moving the locals began referring to his two homesteads as the upper and lower place. While the family lived at this location my Grandfather taught the children at Maple Grove, the local one room school. At the time there were many families living on this mountain side and some of the remnants of their homes still remain. These were hardscrabble farms with thin rocky soil where scratching out a living was difficult at best. The area has now reverted mostly to forest and much of it is now part of the Pennsylvania State Gamelands system. The names of these places will soon be lost to history, possibly with the passing of my generation. The stone cellar is all that remains of the house, but two of the outbuildings were made of rot resistant chestnut log construction and the ruins remain. 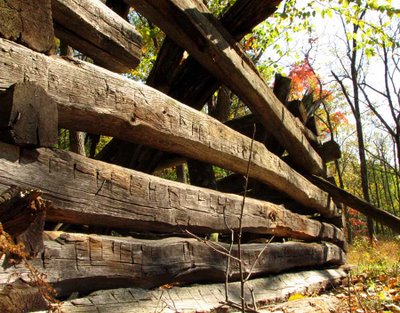 The rough hewn logs tell the story of hours of toil; felling the trees with a two man crosscut saw, flattening two sides with an adze, notching them with an axe and stacking them into a building. Not much money was required in the construction but rather the cost was many hours of hard backbreaking labor. 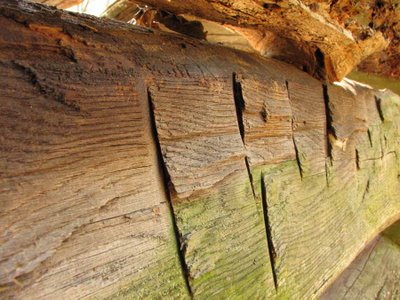 The adze marks from many years ago are still plainly visible. 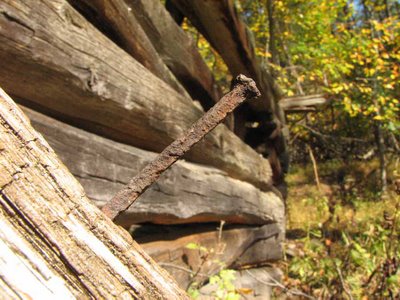 A square cut nail still protrudes from a fallen timber. 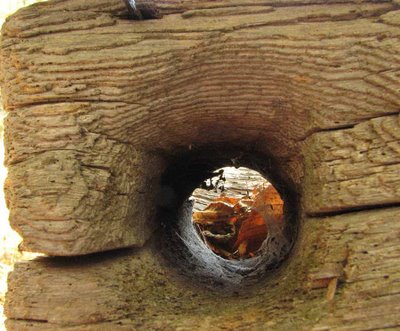 A hole bored by the doorway, probably used as part of a long gone latching mechanism. 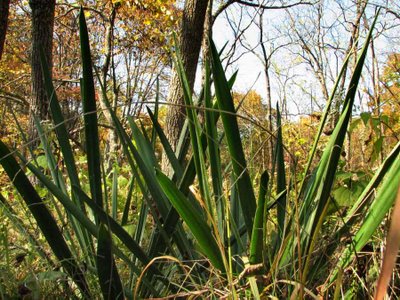 Today the family is gone. The children who once romped here have all grown old and passed on. Only the yucca remains as the last living reminder of the family who once lived here.

Great history post and images to go with it.

Great images! I envy where you get to shoot!

Nice pics! I like the assortment of angles and perspective!