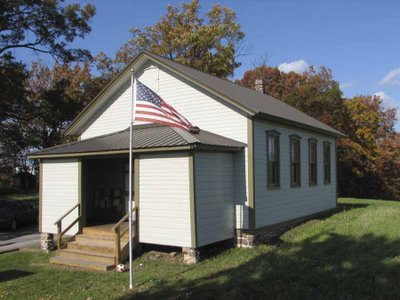 The Winegardner School was built in 1858 and remained open until 1955. It was purchased by one of its former teachers at auction following its closure. She restored and maintained the interior until her death in 2003, upon which she willed it to the local historical society. Another member of the society who passed away in 2004 bequeathed funds to the society for the restoration and maintenance. Much has been done to date and this weekend it was open to the public to tour. 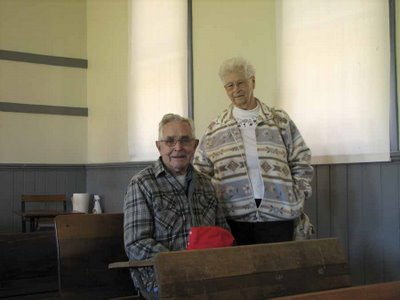 As we walked through the school an older couple entered and the gentleman began rummaging through a stack of report cards looking for his. We struck up a conversation and he explained that he had spent ten years in this building getting his education. He remembered where he sat all those years ago. When asked if he would take his seat for a photo op he happily obliged. This was one of those treasures in time that I am so glad I was able to capture while Dalbert sat in his seat with his wife by his side. 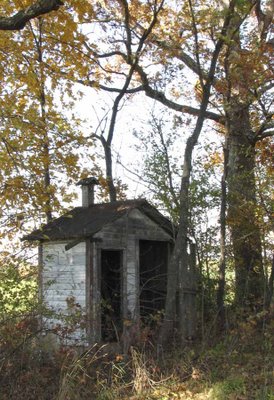 Outside the old privy remains is a state of disrepair. I looked at the distance from the school thinking of how that distance was intended for sanitary reasons but it would have made for a cold trip on those snowy winter days.

Good idea to photograph the gentleman and his wife.

Wow, this is a great story! What fantastic history!
I'm glad you could capture the photo as well.

Amazing story and great capture. Bet all those years ago he never thought that one day he would come back and have his photo taken in his old desk with his wife.. Truly great story!! :) Did he ever find his report card? :)

Kekiinani,
To my knowledge he did not find his card. I found it very touching watching him reconnect with his past and am pleased he happily shared it with a stranger although soon we were discussing mutual acquaintances.

Chad and Luce,
Thanks for your comments; I’m glad you both enjoy the post. As Chad knows I love history, especially local history. Given the chance I enjoy sitting with the “old timers” and listening to their stories of the past.

Being on site is the best way to learn history. That's a wonderful story about the elderly gentleman and his wife. Thanks for sharing.

The photos are great but the story is priceless. What a wonderful piece of history this old school is. And what a gift to be able to share in the older couples history.