My photography hobby began at an early age. In 1963-64 Mom and Dad bought me my first camera. I remember Mom ordering it from the Montgomery Ward catalog. I do not remember the exact price but it was somewhere around $1.50! The camera was a Tower Snappy which I turned around and always referred to it as my Snappy Tower. It took 620 film which was available in both B&W and color. My brother was shooting an old Ansco box camera that took 120 and Mom had a 127 so we never got our film mixed up. Most of our early photos were taken with B&W film as color was prohibitively expensive. When Mom would order in a new supply of film it was just like another Christmas Day! Soon rolls of film would be mailed off for developing and the two to three week turnaround seemed forever! 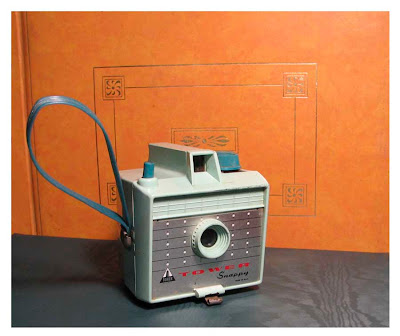 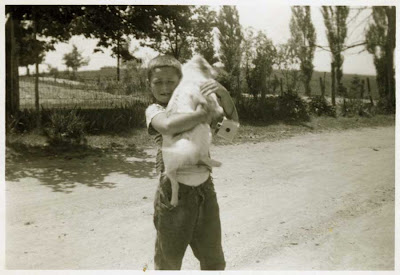 This photo was taken of me by my brother in 1964 when we were visiting a neighbors farm. I suppose it was our version of a “Photo Shoot”. My prized “Snappy Tower” is hanging from my arm.

I'm glad you posted about that cool little antique.

Reminds me of my first, which was a Brownie StarFlash. Lots of good memories in those old snapshots.
Thanks for the walk down memory lane.
I am having some trouble posting my pictures again. Hope to have it corrected sometime today.

especially when they still work

I have a Tower Snappy, which I have never used, and would love any info you have about it.

Great blog and wonderful article. I was just seeing what kind of photos the Tower Snappy takes and google led me to your site and now I know that I already have a Tower Snappy. I have the same exact camera except it's called a Vintage Imperial Mark XII. I think a lot of these cameras back then were manufactured by one company, but then sold to many others who just put their name on them and sold them in Wolworth's and local five-n-dimes.