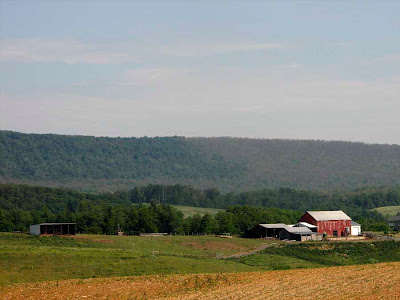 The forests of south-central Pennsylvania are rapidly changing from lush green to somber browns and grays. As we approach summer the foliage is disappearing at an alarming rate 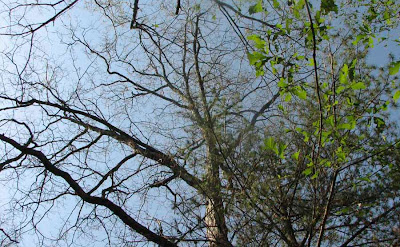 A closer look discloses branches as barren as in winter 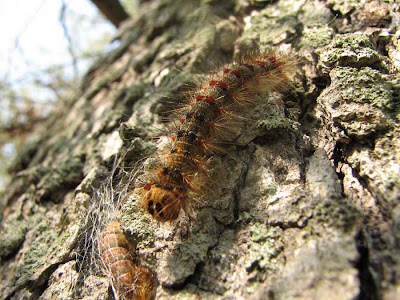 The culprit is the Gypsy Moth, or rather untold millions of them 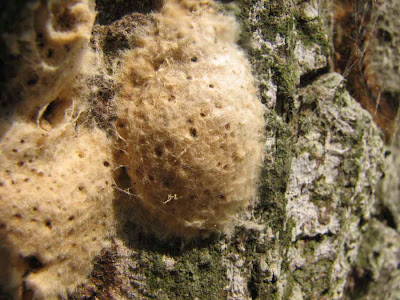 
The Gypsy Moth was brought to America in the 1800’s by a French scientist who was attempting to cross them with the silk worm to develop an American silk trade. Sadly he did not know that his cross breeding was bound for failure. Whereas the silkworm spins a cocoon, the gypsy moth undergoes metamorphous in a chrysalis. A few of his worms escaped. Soon the scourge of the gypsy moth began.

DDT was used in an attempt to wipe out this forest pest but even this powerful insecticide was only able to control their numbers and slow the spread. The ban on DDT removed the most effective weapon from the gypsy moth control arsenal. Currently spraying with BT (bacillus thuringiensis) only serves to moderately slow their advance.

Our first outbreak of gypsy moths occurred in the mid 1980’s. After a few years of nearly complete defoliation the majority of our oak forest died. This in turn allowed sunlight to penetrate to the forest floor. New growth rapidly appeared and soon the new brush was providing great food and habitat for our whitetail deer. The brush in many places was so thick as to make hunting the deer difficult. With the ideal habitat the deer population exploded. A few years later when the new trees became pole timber they no longer provided the food required of the vast deer herd. The deer then focused upon farm fields. A very difficult period for farmers ensued where the deer devoured their crops leaving little if anything for the farmer to sustain his way of life. Finally early this century the Game Commission responded with increased seasons and bag limits. This combined with a couple of hard winters along with possibly other unknown factors caused the deer population crashed.

I must wonder if the return of the gypsy moth will cause this cycle repeat.

Thanks for the information. Sometimes manipulating Nature causes unknown problems.
Its so sad to see those hardy oaks without any leaves.
Keep us posted.

Hi Salty Dawg,
Your lucky that the storm missed you. Our water was out from 8 P.M. Friday to about 9 P.M. Saturday. We also had our phone service out just as long and I couldn't use the computer.
Anyway,
I remember all those gypsy moths back then. They are awful! The look so ugly on the trees. I've noticed them too in our area, not as bad yet as that one year but still hate to see them everywhere.

Do you remember when we got all those Locusts and all the noise they make? Wonder when they'll be returning? I'm not wishing it though.

The first photo is beautiful.

I didn't realize how destructive these moths are. Something so small and cute can sure cause a lot of damage.