Whitetails and their Impact 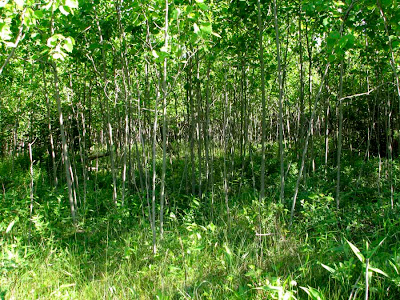 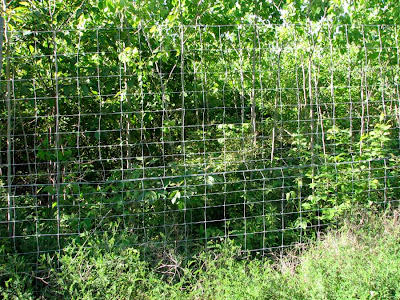 Pennsylvania DCNR (Department of Conservation & Natural Resources) has actively been attempting to reduce deer numbers on the State Forest lands under their control. Their position is based upon the damage the deer herd is doing to the timber production and the biodiversity on these lands. This has become a political “hot potato” in the Keystone State. Hunters want as many targets as possible and have been very vocal about the herd reductions impact upon their sport. Farmers trying to eke a living from the soil have also been seeking a reduction in deer numbers. The Pennsylvania Game Commission is caught in the unenviable position of trying to find a middle ground where all factions can arrive at a consensus.

The impact that deer have upon regenerating woodland, once only hypothetical, has now been put to the test. The photos accompanying this post were taken in an area clear cut a few years ago. Both were taken while standing upon the forestry road, first looking south where the new growth was allowed to naturally regenerate. The second was facing north where as you can see a deer retardant fence stands. Judge for yourself, but in my opinion the difference is clear cut.

Is there a difference?

Chad, Note the difference in the undergrowth. You will notice many more species of plants in the second photo, plants the deer have consumed in the area of the first photo.

Looks like there is a difference but I don't care much for the fencing!! :) :) Kinda ruins the woodlands outdoorsy feel. :) Guess that is all they can do though to help the plant life when there are tons of deer around. I think deer are very cute.. but then we have none here so I don't have to deal with the harm that they can cause. Nice post and images to go with it... :) :)

Kekiinani, the fence is removed after 5-6 years, after the desirable trees have grown tall enough that the deer will no longer kill them.

Interesting information about the deer. The deer really do strip everything in sight if given a chance. We had lots of deer making lunch of our plants when we lived in Pacifica. That's why we never had a garden and why I'm so thrilled to have one now.
I always learn so much from your posts. Look forward to seeing what will come next.
Sue