Friday Night at the Fair 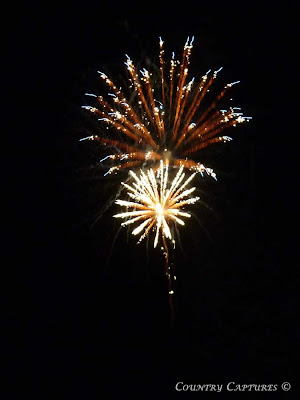 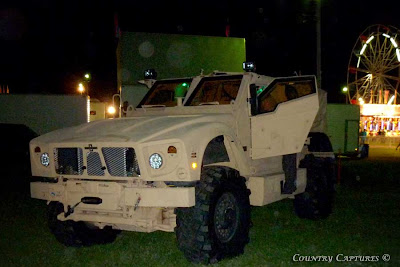 An attraction that certainly caught my eye was the display of the new military vehicle, the M-ATV.

The M-ATV combines the protection levels of the MRAP in a lighter all terrain vehicle designed to carry our troops safely into the rugged areas where our troops are being deployed..

Oshkosh Corp., a Wisconsin based company is building these vehicles with a very tight production schedule for rapid deployment to our current war-zones. This contract has resulted in about 600 workers being recalled at the local JLG plant, an Oshkosh subsidiary. 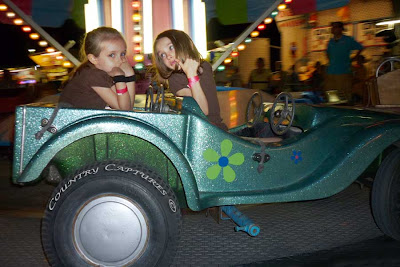 For kids the Fair means Rides and this shot captured my cousin's daughters enjoying their big night out.

Feeling a little lazy, I decided to leave the Canon 30D behind on this particular outing and carried instead my wife’s little Panasonic Lumix. The images speak for themselves. Although the camera certainly is not in the DSLR’s league it did a credible job handling the various situations with far less bulk and weight.

The fireworks picture is great and I'd love to see an M-ATV up close!

Salty: Certainly a nice show at the fair.

That is some vehicle. Alot of M-ATV's to put into production.
Great fireworks shot. Fairs can be lots of fun.

Your fair sounds much like ours here. Whenever I go to an event like this I take my little Canon PowerShot 1100. It takes really good photos and is easy to take quick shots that people don't even realize you're taking. Since it is pocket sized it is very easy to take along everywhere. It is so much easier than taking my Canon Rebel XT. They both have their place and both have things they are better at.