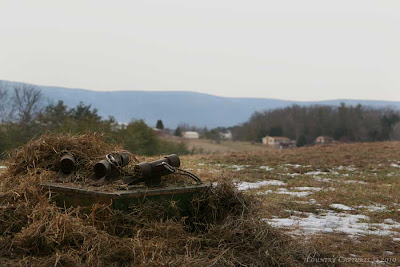 While roaming about our area one day back in mid January I happened to run across a location where the local PGC officers were preparing to capture turkeys.

In the foreground of this photo are the three rockets attached to a 40’ X 50’ net. The net and associated equipment is camouflaged with straw with the baited area directly in front. Once turkeys are coming regularly to the bait PGC personnel conceal themselves nearby to fire the rockets which then carries the net over the birds effecting the capture. 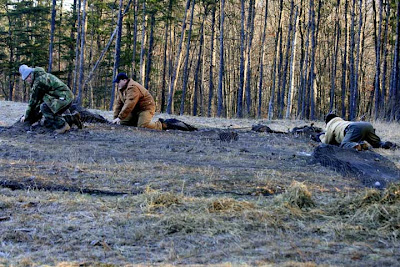 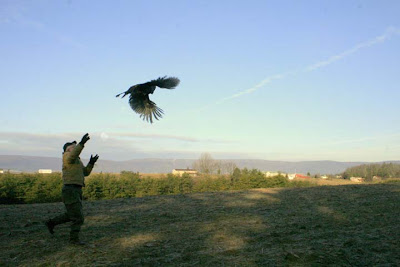 Were you a teacher before you took up photography full time? I so enjoy reading and learning about wildlife projects from your blog...especially since we're from the same state. I feel even more of an appreciation since it is happening in my own "backyard." Thanks for education, Coy!

I am so happy I ran across your blog. I am orig from Penn now living in Oklahoma. I enjoy your photographs immensly.! I will be reading...
Thank you!

Sorry Meggie, never a teacher or a full time photographer but I do enjoy outdoor/wildlife photography and enjoy sharing.

Great post Coy! I love our PA turkeys and often have some of them visit my backyard. It's great to see that even in times of economical distress the PGC is still working toward some good things for our wildlife!