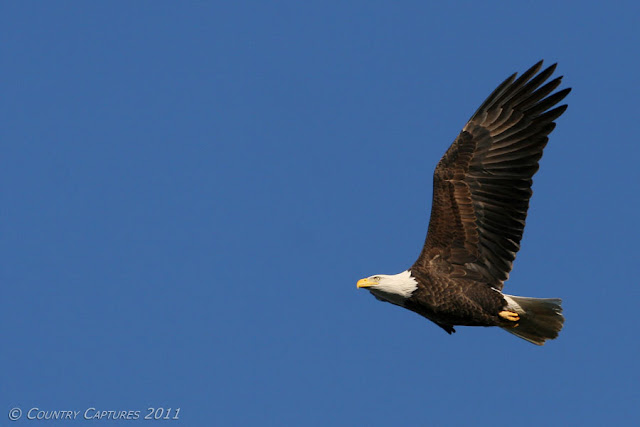 During my recent Florida visit I enjoyed viewing the numerous eagles but did not have a good opportunity to photograph them.  With my work observing New Year's day on Monday January third Willard and I headed for Conowingo Dam to check out the Bald Eagle action. 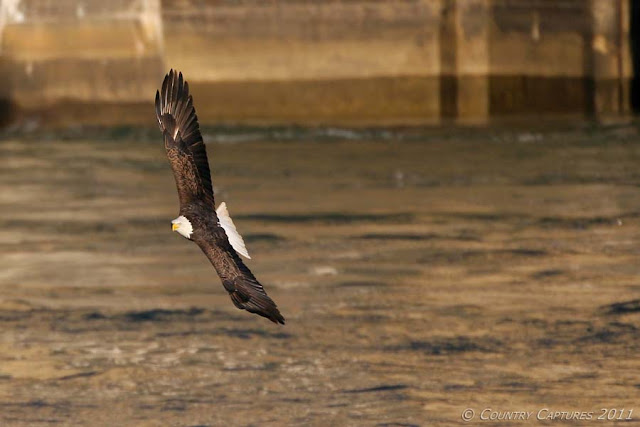 Arriving before daylight we observed that the hydro plant was in operation. As daylight slowly arrived hundreds of gulls could be seen flying in the dimly lit skies.  A few Eagles began arriving as the sun began peeking over the horizon.  A fellow photographer shared that he had been there a few days before when there was about thirty Eagles present.  During our visit we there was never more than five or six eagles in sight at any one time. 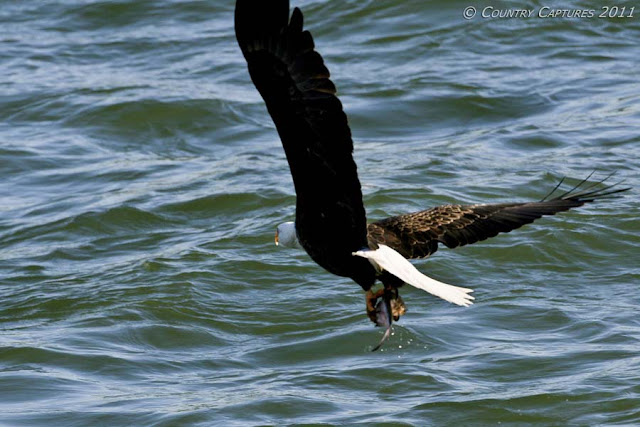 Only once did I observe a Eagle pick up a fish and I was just a little late swinging the camera into action to photograph the instant of catch.  A little after 10:00 am the generators shut down and soon the eagles could be seen flying up river away from the area.
These images were shot with my Canon 30D attached to Willard's 500mm F4 Canon lens which he so graciously loaned me while he busied himself with shoot video.
Posted by Coy Hill at 1/06/2011 07:35:00 PM

Great shots of the Conowingo Eagles. If you take the walk on the trail following the river you can see more of them in the trees. They seem to come and go there. I have been there when over a 100 were present. A very cool sight to see.

I never get tired of viewing photos of gorgeous eagles. Beautiful shots!

Great pictures.This sounds like a dream experience to me.
Blessings,Ruth

Amazing Eagle photos! They're just such a magnificent bird. That last one with the fish is terrific.

Great catch for you and the eagle!

Check out my new Facebook page called "Conowingo Bald Eagles"...a place where photographers/birders can post information about the eagle activity at the dam.