Eagles on the Wing 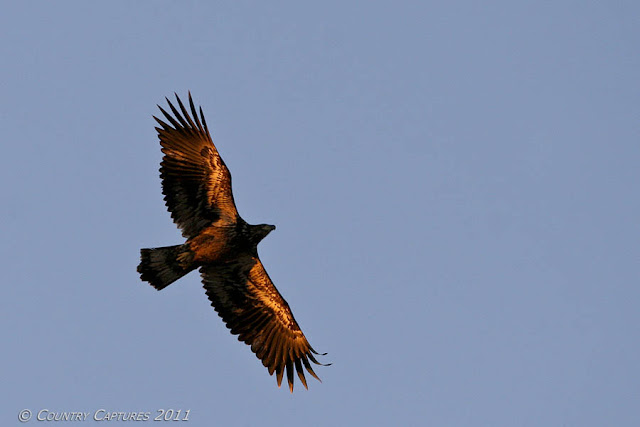 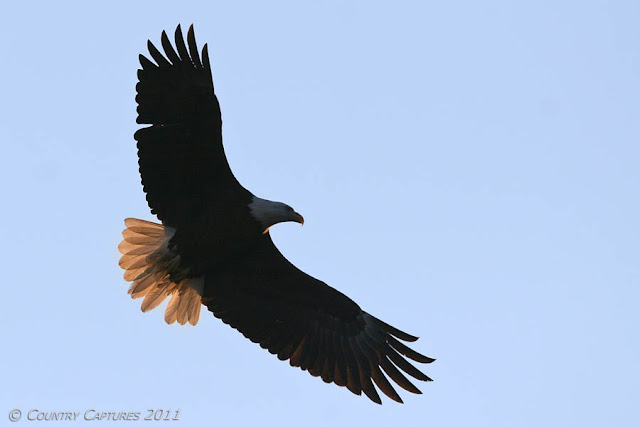 And a mature Eagle flares as it executes an abrupt turn.

The early morning lighting cast a warm glow over the eagles while in fact the temperatures were anything but warm. Even with gloves my fingers quickly became numb making functioning the camera difficult.


I'm still catching up on processing my photos from our recent visit with the eagles along the lower Susquehanna River.

The recovery of the Bald Eagle has been remarkable. Until less than two decades ago I had not heard of an Eagle sighting in my area. I remember well the first Eagle I ever observed in the wild. I was hunting squirrels one October day when a large bird flew into a nearby tree. Checking it out through a pair of 7X binoculars I could scarcely believe my eyes when I identified it as an immature bald eagle. My next sighting came the following summer and that was of a mature eagle soaring over Bald Eagle State Park in Centre County.

Little did I know that these first eagle sightings were harbingers of better days to come. Bald Eagle sightings are now quite common in my area and even the occasional Golden Eagle can be seen. Many good people worked tirelessly to return these majestic birds to our skies.

The Bald Eagle is one of the most recognized birds and yet,I too remember a time when we never saw them in my area.Now we see Eagles frequently.
Ruth

In the winter months we see a lot more Balds and Goldens. We saw a Bald Eagle perched in a tree today watching a bunch of pheasants feeding around a hay pile. Our siting was just West of town a couple miles. I personally love the Eagles, but a lot of people just hate them as they decimate the Pheasant population.

Great to hear of sucess stories Coy. I well remember my first sight of one perched in a tree in Florida .. happy memories of an elegant species. FAB.

I am very excited about the growing bald eagle population in PA. Can't wait to see one on my property. I know it will be soon!