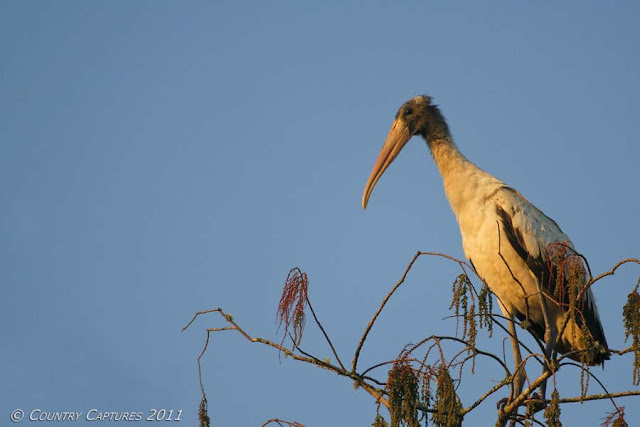 This evening I sit here in Pennsylvania working on photographs taken recently in Florida.  The cold air outside is filled with gently falling snow.  A hush has fallen across the landscape, a quiet that only exists during a snow fall as the ambient sound is absorbed by the fluffy crystals of falling water.
Such was not the case when these photos were taken for the air was filled with the calls of birds as they began their morning routine of wakening up to a new day.  This immature Wood Stork lit in a nearby tree and was immediately concerned about my presence as it watched every move that I made. 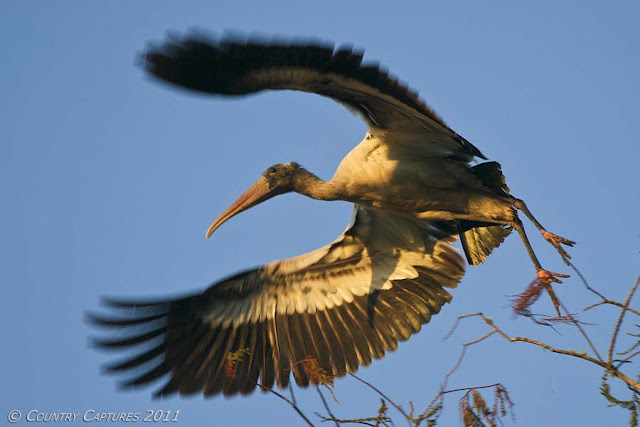 After watching me for a short time the Wood Stork decided to relocate to a place with less human intrusion.  The encounter was short lived with the best image coming as it's great wings lifted it from its perch.
Posted by Coy Hill at 1/11/2011 07:40:00 PM

I really like these photos. I have never seen a stork in the wild... that wing span is impressive!

What a great encounter and wonderful photos! He looks like a gangly teenager!

Very nice! Love that wingspan. You caught the action at the right second!

Your stork photos are amazing.