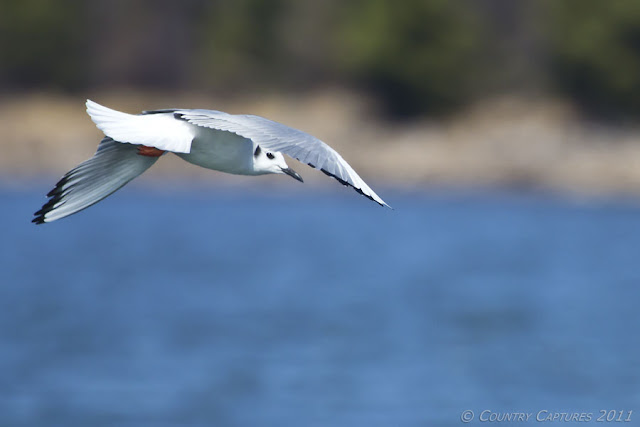 Heading out on the water at this time of year one never knows what wildlife encounters that awaits.  During a recent outing I noticed a pair of gulls arrive and immediately begin fishing.  Moving closer I made this wing shot as one of the Bonaparte's Gulls hovered nearby.  These tiny gulls are common visitors to my area during both their spring and autumn migration.  This bird is still sporting its winter plumage. 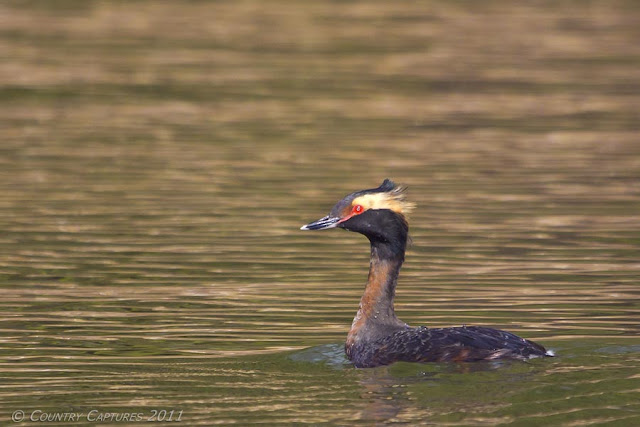 Horned Grebe's in both winter and breeding plumage are also common during the spring migration.  They can be quite wary and difficult to photograph.  Usually they dive while still out of camera range.  This time I guessed correctly and steered the boat to intercept the grebe when it surfaced managing a couple of shots before it again submerged. 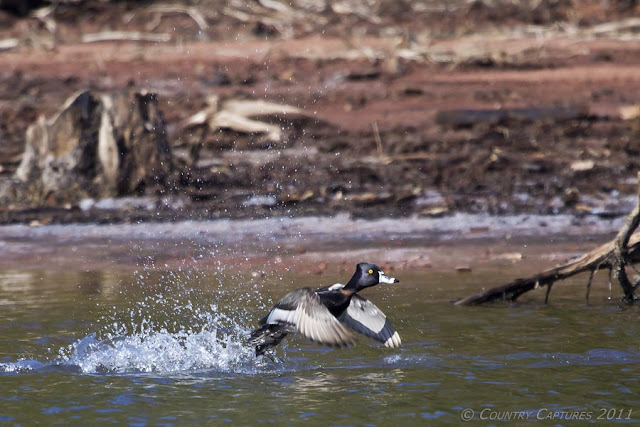 Rounding a bend in the shoreline I was already within range of a Ring-necked duck pair when I came into sight.  They immediately took flight allowing only a moment to capture the male in an explosion of spray.
Posted by Coy Hill at 4/05/2011 08:01:00 PM

The first one and the last one are my favs.

All the images are super,but my favourite is the take-off.

Coy, you have become quite the bird photographer, it is fun and a great way to fill in between the big game. Great photos as always, I never miss a day.

One of these days we will have to do a walk around wildwood lake for some birds.

I really like your gull, grebe and duck photos, Coy. I know very little about gulls but plan to learn more about them in the future. I am currently learning a bit about ducks and find them fascinating. A few weeks ago, I took a couple of photos of what I thought was a duck but couldn't identify it...until I discovered it was a horned grebe! It was in between its winter and breeding plumage, the "horns" not quite as defined as the ones in this photo. So I guess I'm learning about grebes too!

Your photos are GREAT!

Again, beautiful images. I especially like the last one.