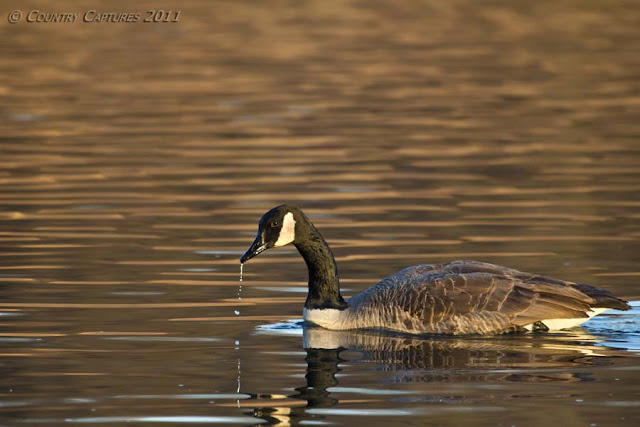 Canada Geese, while once only migrants passed over our area, have now developed a substantial resident population.  This goose allows its head to drain as it momentarily holds it's head aloft after feeding on submerged vegetation. 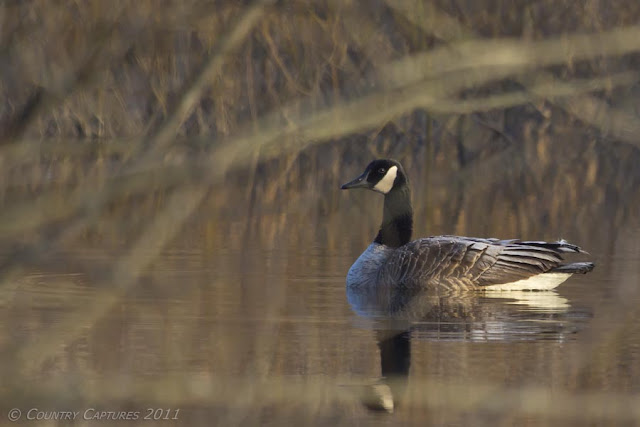 Frost highlights the feathers of this Canada's back as stands guard watching for intruders as it mate sits on the nearby nest.  This goose was not fooled by my efforts to hide and kept me under close scrutiny while keeping a thin screen of branches between us.
During early March we experienced above normal temperatures but since the arrival of spring the mercury has plummeted and condition are more winter-like with snow falling during the past two nights and more forecast for tonight.  Here at the lower elevations the snow is melting nearly as quickly as it falls but the surrounding mountains are snow capped.
Posted by Coy Hill at 4/01/2011 03:13:00 PM

Beautiful shots. We're supposed to be getting more snow too. Where is spring?

hi coy: found your spot from joe's place at massanutten game trails. such beautiful photos! am looking forward to following you!