Wildlife at the Water's Edge 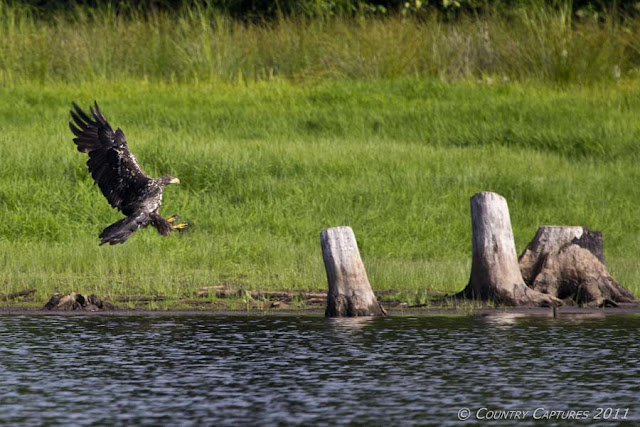 While spending a few hours on the water Tuesday I was treated to an encounter with an immature bald eagle.  I first noticed it as it flew at tree top height along the shoreline.  Apparently sighting a fish it dove into the water and reemerged with empty talons.  I wasn't able to get to the camera in time to capture the dive but was able to capture it here as it prepares to land on a stump. 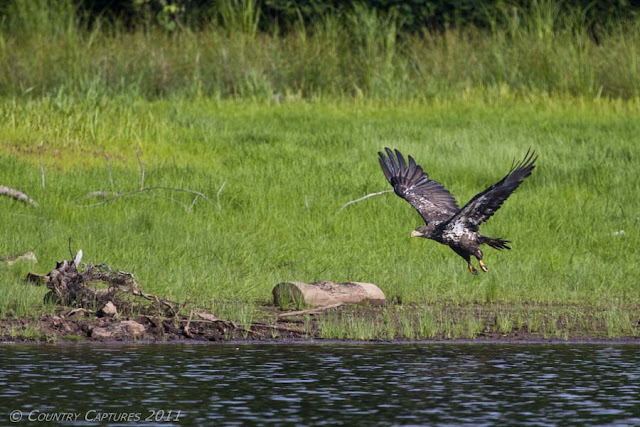 As I approached slowly with the boat the eagle soon took off flying along the shoreline as it gained altitude.  Later in the day the sound of a loud splash drew my attention to the other side of the lake just in time to see the eagle rise into the air.  The distance was to great to determine if it's dive had been successful. 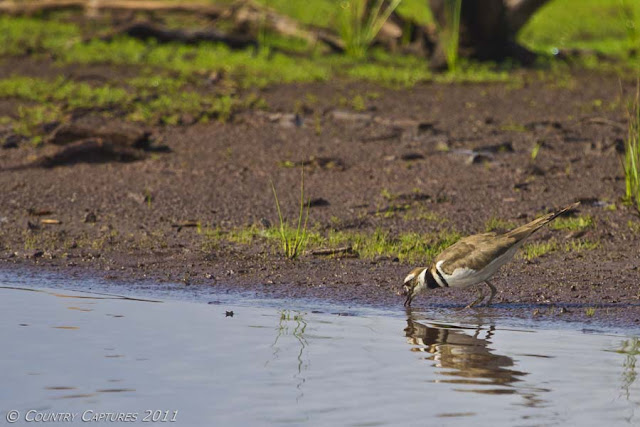 The muddy shoreline is a favored place for the numerous killdeer to feed.  These birds, while being somewhat wary, will allow a fairly close boat approach if it is done slowly. 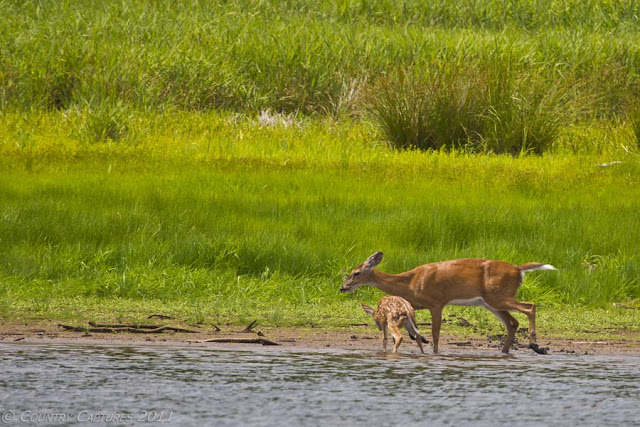 The lake is currently drawn down a considerable amount to facilitate dam repairs.  The lush grasses covering much of the former lake bed do not go unnoticed by the deer.  This doe & fawn, after grazing the young grass, stepped into the lake to quench their thirst and cool off during the midday heat.
Edge, that place where one habitat type meets another, is always a good place to find wildlife.  Edge can consist of the transition between grassland and brush, cropland and woodland, etc.  The water's edge is as good as any and sometimes better than most so whenever you are near the water's edge keep a good lookout for wildlife; your efforts will not go unrewarded.
Posted by Coy Hill at 6/30/2011 06:58:00 PM

Nice series! Would love to know if that young Eagle landed a fish!

Great pictures. I guess one just never knows what photo opportunities will show up.

That's a fantastic post Ocy with this nice presentation of life around the water edge!! Excellent, and this first shot is absolutely splendid!

Always the teacher, Coy! Love it, thanks!