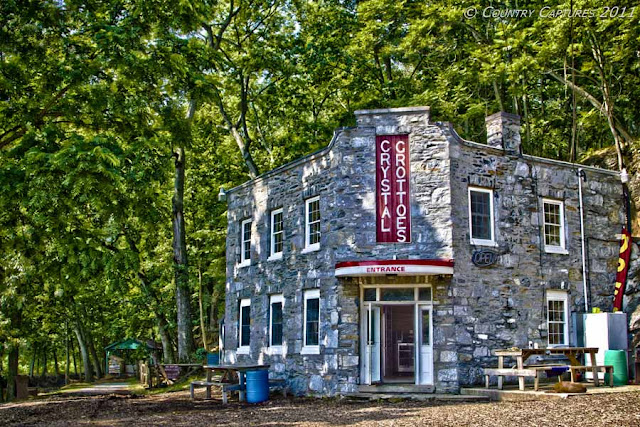 Trying to think of a good place to spend a day trip I remembered  a neat little cavern I had visited on a school field trip over forty years ago, Crystal Grottoes.  Located near Boonsboro, Maryland the cave is touted as having more formations per square foot than any other cave known to man.  I have no way of knowing if this claim is true but there certainly is many spectacular formations in the 900 feet that is open to the public.
Discovered in 1920 when the Maryland State Roads Commission was quarrying for limestone the cavern has been privately owned and operated since 1922. 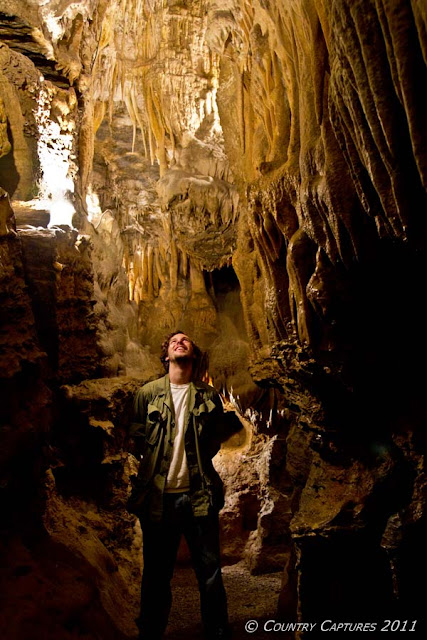 I have read some negative reviews of Crystal Grottoes but our tour was very good.  Visiting on Tuesday morning we had only a short wait until a school group finished.  As we were the only patrons at the time the tour was like a private showing.  As my wife and I following along behind Joel he explained all of the wonders the cavern has to offer.
Joel's enthusiasm for Crystal Grottoes and caving in general was very evident and contagious.  He related not only stories of this cave but of some of his other caving experiences. 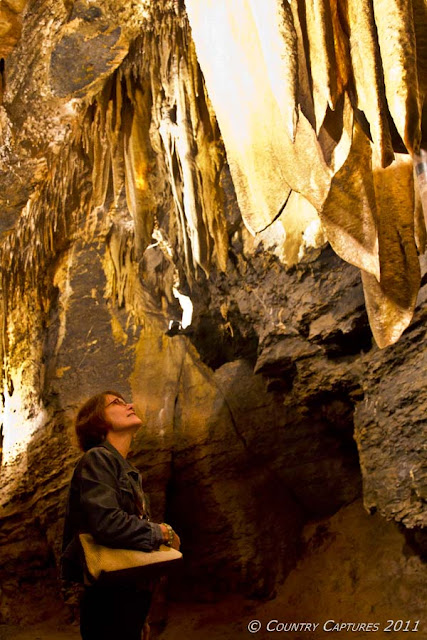 Brenda taking in the sights 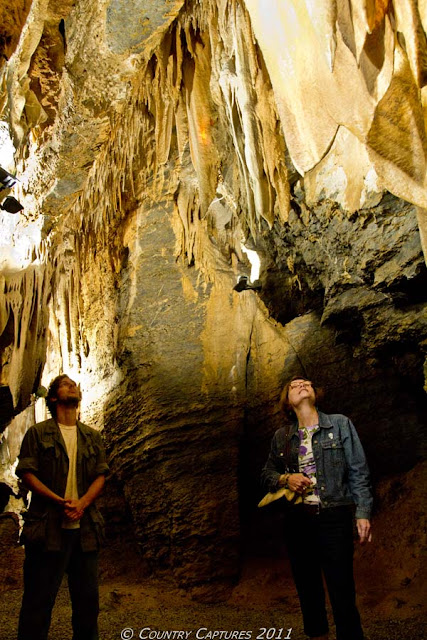 Brenda & Joel admiring the intricate formation hanging from the ceiling.
Crystal Grottoes is not a large cavern when compared with the likes of Luray Caverns.  The above ground amenities are somewhat less than what one would expect but, the sights below ground are certainly worth the price of admission.
Posted by Coy Hill at 7/06/2011 04:36:00 PM

What a cool place!

That's very interesting. I've been in the Carlsbad Caverns before as a youngster. I was quite impressed.

A great place, love the spaghetti and shawl formations. Certainly an interesting outing.

Cavern's are always a nice, cool place to visit. We have just one Cavern up here, called Crystal Cave. I've seen it a number of times, but have not been back there in years.

Dad rockin' the HDR in that first image. Nice ;)

Great blog post, Coy! That place looks awesome and your photos took us there at least in mind. Your opening HDR photo looks great, too. Do you do much HDR?

Bob,
I'm just getting my feet wet with HDR. It is an awesome tool but in most (if not all) cases it will not work with wildlife. Critters have a habit of moving too much even for three fast bracket shots.

How neat! And there's one of my favorite gals on the tour, too! Your photographs are always inspiring, Coy. I'm still here..just little time for the 'fun stuff'. I hope you are both well. Ask Brenda if she can send me your home address again so I can post some snail mail.

Again, your photos are amazing. So nice to come back here for a look!