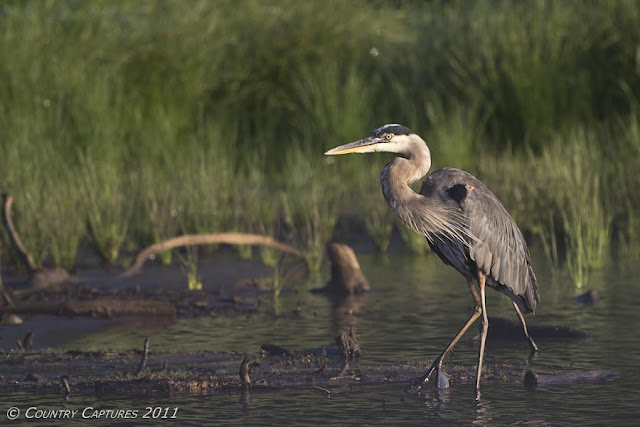 After getting the boat launched Wednesday morning I took a moment to look around spotting this Great Blue Heron standing in the muck at the water's edge.  Slowly moving the boat closer I maneuvered for an good lighting angle to take advantage of the early morning sun as it began to burn through the fog. 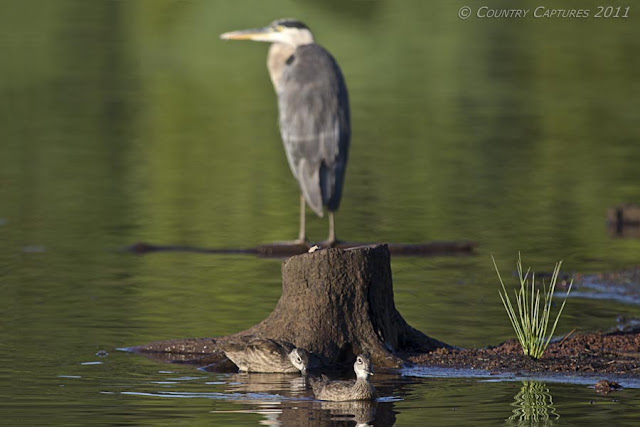 Spotting another Heron later I again motored in closer and was surprised to see a feeding pair of immature wood ducks as they rounded the point.  After a few minutes the ducks and heron came into alignment allowing me to capture all in one photograph. 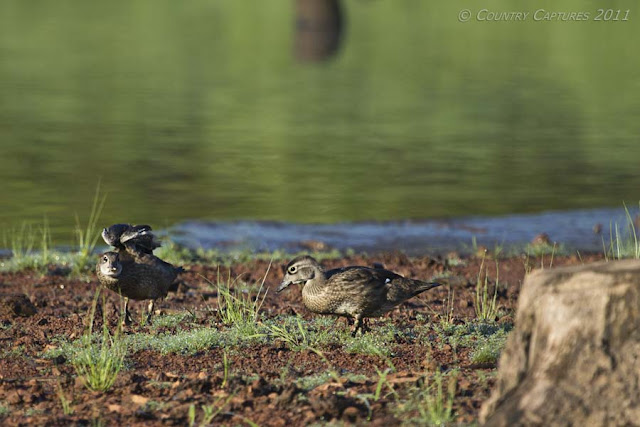 The heavy dew glistens like jewels on the grass.  One duck looks for its next morsel as the other stretches is wings. 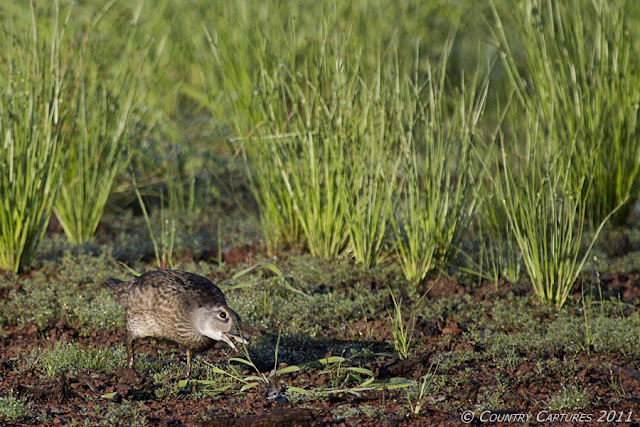 Plucking a blade of grass 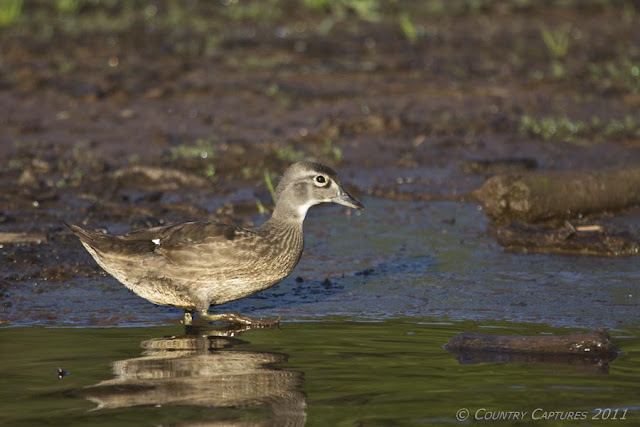 And demonstrating the "Duck Step" 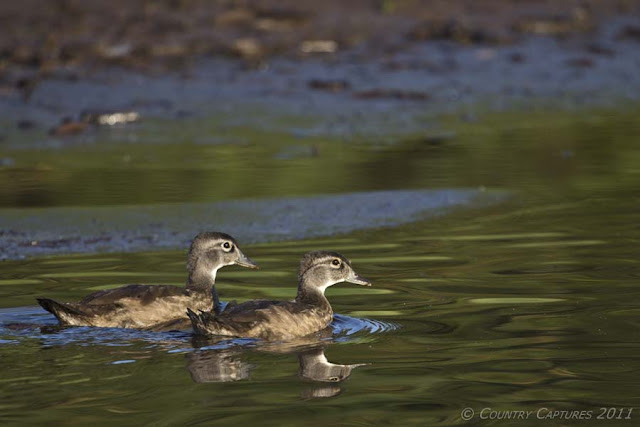 The pair were oblivious to me sitting nearly motionless in the shallow water with the boat rammed against a couple of stumps.  Wood ducks at this location are normally very wary but with the bright sun at my back they didn't seem to notice me until they had moved some distance away.
Fishing was slow as expected.  The Heron and Wood Ducks were "The Catch of the Day"
Posted by Coy Hill at 8/18/2011 06:39:00 PM

those young woodies are just adorable. the ripples in the water are fantastic frames for them. :)

And, what a beautiful catch they are!

That first shot makes it look like you're down here with us. ;)

Your "catch of the day" was the best kind! Very nice series of photos.

Gorgeous shots! I'm betting you didn't even care that the fishing was slow. The best part is you didn't have to clean your Catch of the Day.

Love the way you jockeyed into position to get the light and alignment for your shots. A glorious early morning.

Coy, again, you are so lucky to have a boat to capture these nice Images. Often thought about renting a Kayak and paddle around, but where to put my Camera is the problem.

The pics are great as usual. The cool thing is that it really didn't matter that the fish weren't biting. It still looks like it was an enjoyable day with the camera.