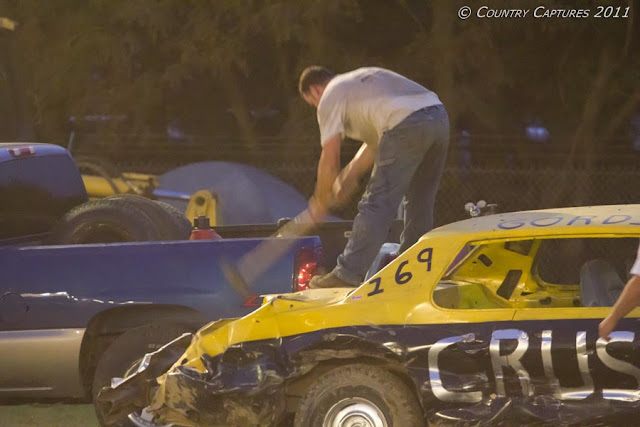 Always looking for another image I took the Canon 60D along to the Fulton County Fair.  A demolition derby was the main attraction.  The track lights were more than sufficient for viewing but it left much to be desired in the photography department.  Trying to milk the most our of my gear I pulled up the custom function menu and activated the ISO expansion allowing shooting at 12,800 ISO.  Having never used this high of a setting I really didn't know what to expect.  The first image was shot with the the 100-400 lens hand held, F5.6 1/20th second.

The digital noise was very evident in the images but the noise tools in PS5 camera raw was able to calm the worst of it making these usable images.  I found that a luminance setting of 70 provided the best balance between visible noise and sharpness. 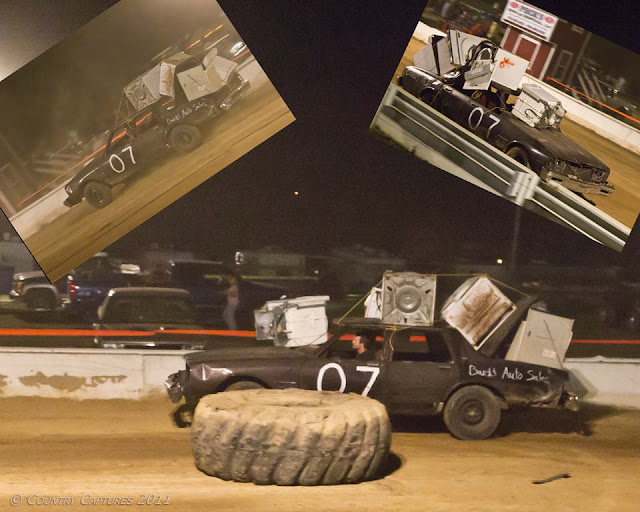 The half-time show was a fun contest between three teams competing in an appliance race.  The goal was to load five appliances with only 100ft of rope to secure the load and to complete a number of laps around the track.  Bumping, ramming etc were perfectly acceptable tactics to defeat an opponent.  I produced this image for the winning team.  While lacking fine detail in my opinion ISO 12,800 created acceptable images for this type of event but probably will not prove useful in my wildlife photography.
Posted by Coy Hill at 8/21/2011 09:09:00 PM

All rightie, then, big boys breaking each other's toys and you made a permanent record of it. ;) Right on!

They turned out okay for this particular setting!