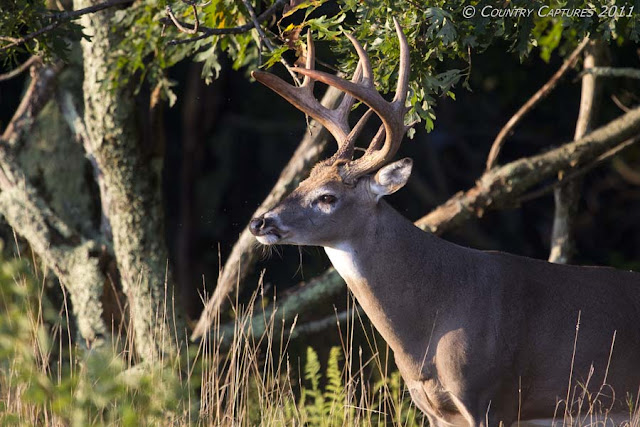 Once again early morning found Willard and I en route to Shenandoah National Park in search of Whitetail Bucks.  Visiting last in mid August we were eager to get back to see what the bucks looked like without their velvet.
Locating a group of four bucks in the woods before photographic light we thought the morning was off to a good start as we waited for the day to brighten.  Any thoughts of success were dashed when the bucks became nervous and suddenly burst into flight.  The cause of their alarm became apparent a moment later when movement in a large oak tree caught my attention.  A medium sized black bear hopped from branch to branch and suddenly dropped to the ground fleeing along the same path the bucks had traveled.
Shortly after sunrise we located a beautiful buck with a wide spreading rack and was busy photographing him when I spotted an even larger buck in the distance.  After assuring myself that I had gotten some nice images of the nearby buck I hurried to catch up to the big boy as he busied himself thrashing low hanging branches. 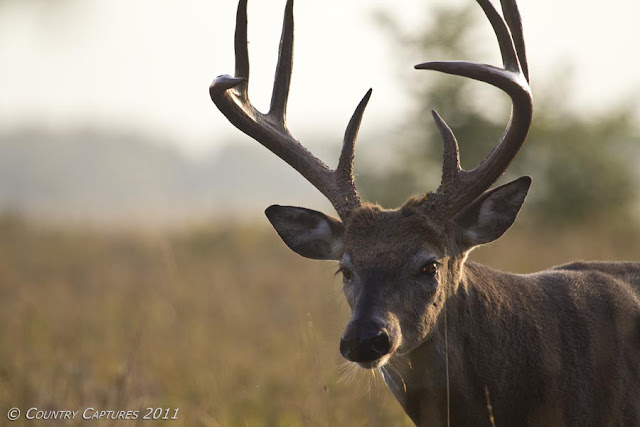 The buck worked along the woods line sparring with shrubs and saplings seeming to enjoy tearing up the vegetation with his new antlers. 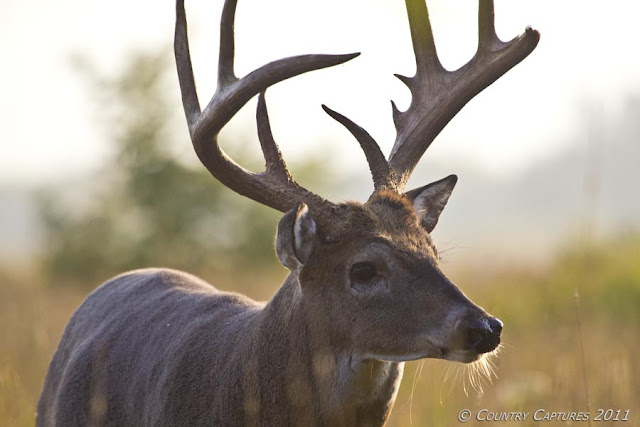 Throughout the encounter I continued to feel as if I should know this buck but wasn't able to place him until I was reviewing the images on the computer. 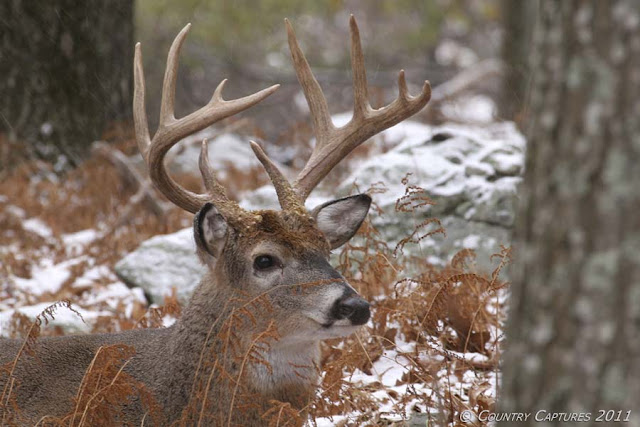 My first encounter was during the 2007 rut when I spent a good part of the morning with him as he stood guard over a doe.  This photo of him was my very first published whitetail photo and have since always referred to him as Calendar Boy. 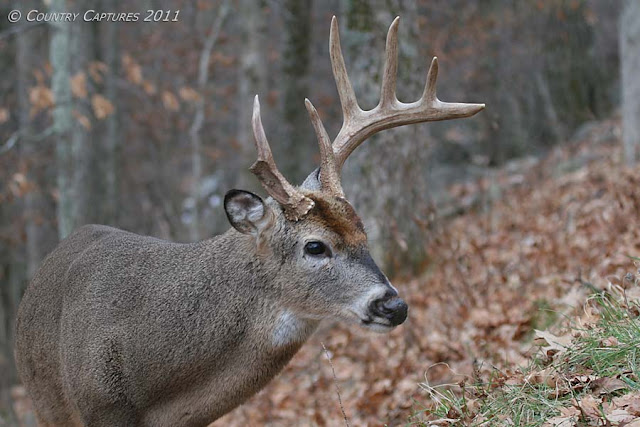 Meeting Calendar Boy again after the rut of 2008 I was disappointed to see his shattered rack. Disappointed that I was unable to capture a good image of his '08 rack, but at the same time glad that it was only his antler that was damaged.

Willard caught up with him for a fantastic photo session during the 2009 rut but I never caught sight of him that year and during the autumn of 2010 we both came up dry.  So it was a great pleasure to meet up with him again this morning. 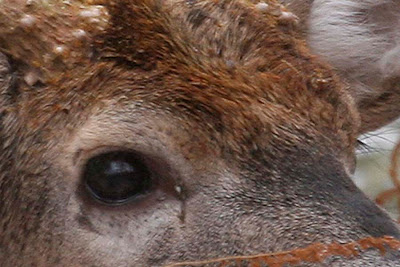 How you might ask do I know for sure that this is the same buck?  Aside from coloration, body build and antler conformation this buck has a very unique mark that upon close observation makes him unmistakable.  Check out the dark mark below the rear corner of his right eye and then review the above images.
Being able to follow an animal throughout the years is special part of big game photography.  In hunting country seldom can this be accomplished but with the total protection that the National Parks afford their creatures the close observer can be rewarded with the thrill of watching particular animals mature and grow old.  For the wildlife photographer documenting the aging process is perhaps the ultimate big game thrill.
Posted by Coy Hill at 9/13/2011 03:52:00 PM

Wonderful series! He's a beautiful buck. Our Whitetail population is decimated this year with Blue Tongue and a related disease, so don't really see any of them around. Normally, everywhere you look there's Whitetail deer on a good year.

calendar boy is beautiful! so nice to see he is still around!

Wow what a beautiful set of pictures Coy and a nice story... It is, I guess, nice to see him again, it means that he went through the hunting season!!

You got a couple of spectacular shots of Calendar Boy! Being able to catch up with him after several years had to have made your day.

Really precious that you have been able to follow the maturing of your calendar boy in this way. I hope you see him for many years to come.

Calendar Boy is a beauty! I continually look for the buck with the broken rack in my backyard. So far, no luck.