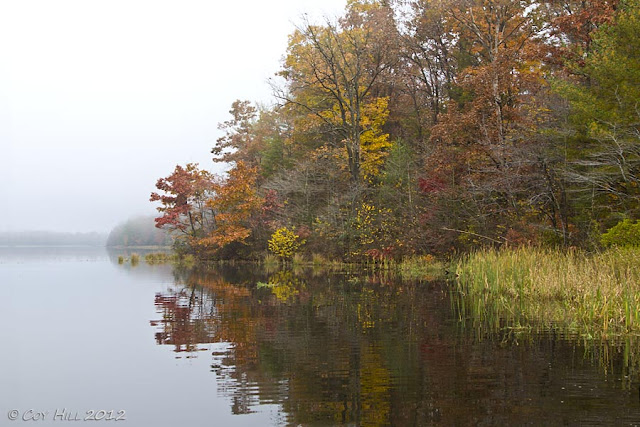 Our autumn foliage colors peaked over the weekend just in time for the Fulton Fall Folk Festival.  I shot these photos Friday and already the color is beginning to fade as showers of leaves fall to the ground with each passing breeze. 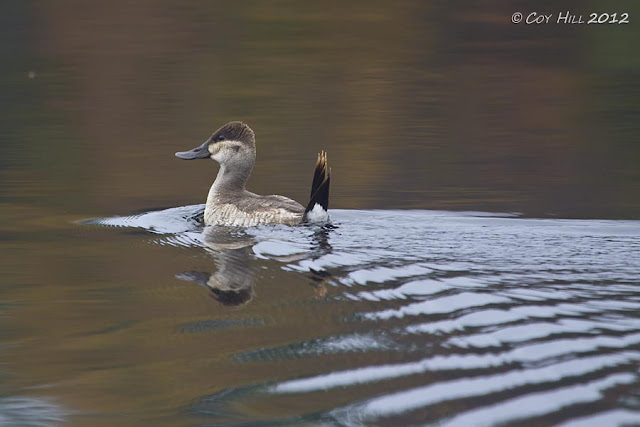 For the first time this fall I encountered ruddy ducks as they moved south. This female allowed me to approach quite closely with the boat.  The reflection of the autumn leaves in the water painted an appealing background to photograph her against. 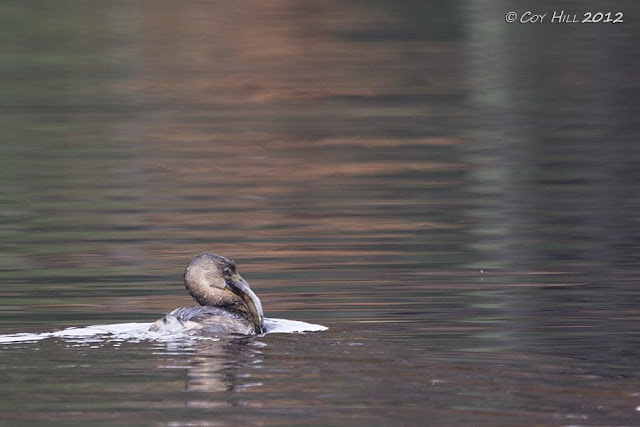 The Pied-billed grebes were present as they have been for the past few weeks.  After hearing a commotion in the shallow I moved closer to find three grebes fighting over a bluegill.  I followed the grebes at a discrete distance, photographing them with the 100-400mm lens, trying not to interfere with their feeding. 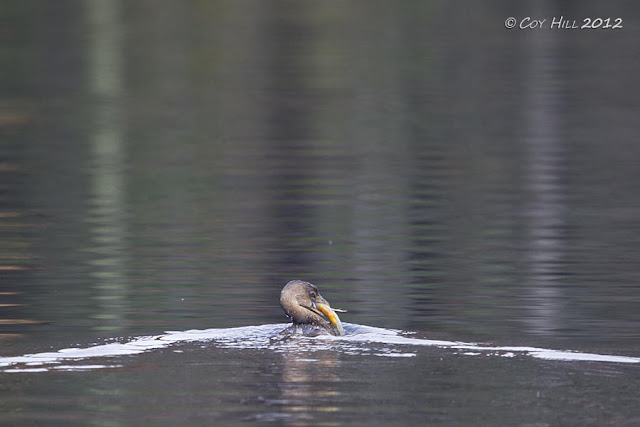 The grebe tried unsuccessfully to swallow the good sized fish a number of times.  Finally tiring of my presence the bird took cover in the reeds lining the lake shore.  With it hidden from view I moved on not knowing if it was ever able to swallow such a large fish. 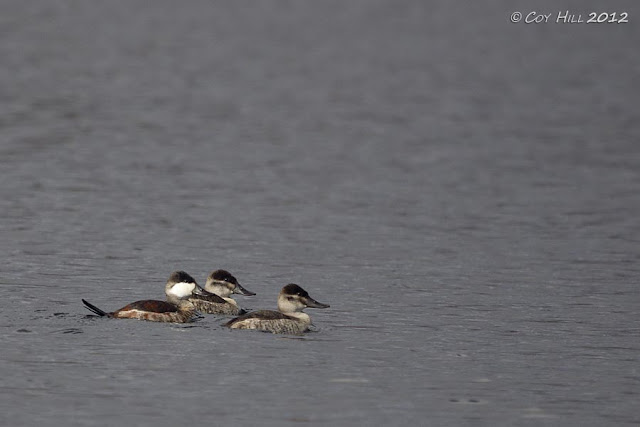 This group of ruddy ducks was shot at a distance and cropped heavily.  Note the molting male bringing up the rear.  Only a little of his breeding plumage remains on his back and sides while his bill has lost it bright color turning black for winter.

Spring is by far my favorite time to photograph migrating waterfowl as the birds slowly wend their way northward, many sporting their breeding plumage.  In contrast the fall migration finds the ducks with the afterburners turned, on wasting little time getting to their wintering areas, giving only a small window of opportunity to photograph them as they pass through.

Beautiful shots! Nice catch of the grebe with the fish.

Great atmosphere shot on top, and I really like the Ruddy Duck below it.

The Ruddy with tthe tail up in the air is top notch. They are such cool ducks.

Great shots! I love that first one.

I love the fall foliage. It looks equally good,reflected in the water.

Love that foliage reflection in the water!

Wow Coy, this shot of the female ruddy duck with the reflection of the leaves colors is simply breathtaking!! That's an incredibly beautiful picture!!! Well done... I've never seen this duck in reality ;-)

Beautiful shots! I love the one of the Ruddy Duck with her tail sticking straight up.