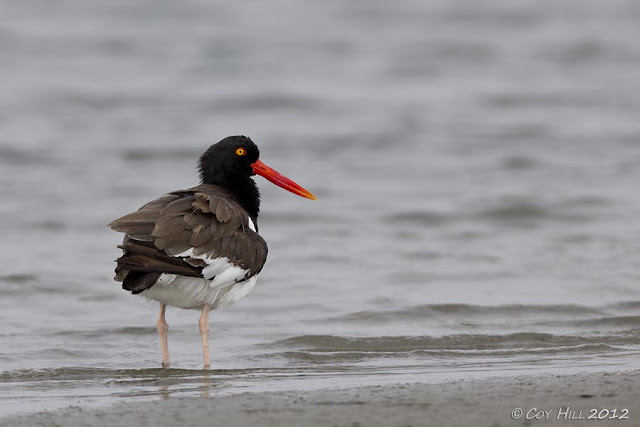 Capturing a "lifer" is always a special moment and that moment came for me when we spotted a pair of American Oystercatchers on the bay side of Assateague Island.  I had previously only seen these birds in photos and was surprised at their large size. 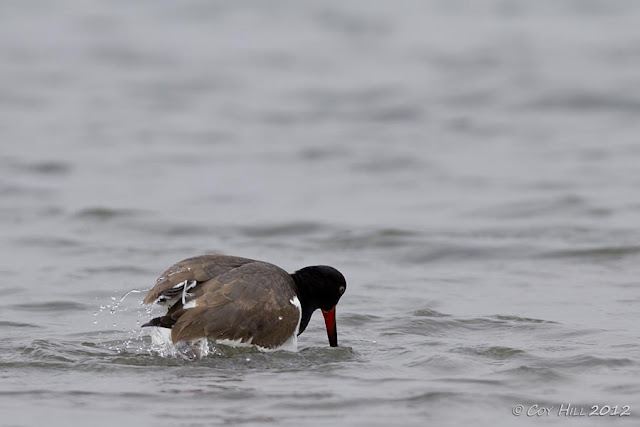 While the first bird stood near the waterline the second bird busied itself bathing. 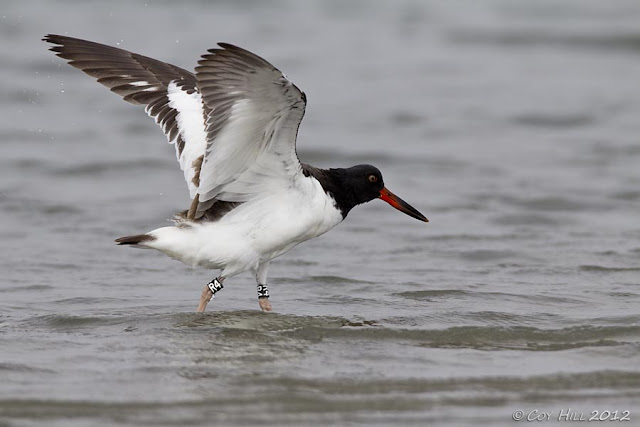 When finished bathing and stood erect its leg bands were easily visible.  American oystercatchers, while not listed as endangered are a species of concern in a number of states.  Beach recreational use and development is listed as the biggest threats they face today.
The dark bill and dark eyes of this bird indicates that it is immature.
I

I have never seen one of these birds except in photos. Your images of them are beautiful!

These are quite eye-catching. Another bird I would love to see sometime.

Lovely captures and congrats on your lifer.

Congratulations on your lifer! What a handsome bird!

Thanks everyone, your comments are much appreciated.
Arija, The bird in the first image is an adult with the last two photos being of an immature as denoted by its black bill tip and black eye.

Never knew there was such a bird as an oystercatcher. Always learn something new from your blog, Coy!

One of my "lifers" the cousin to this guy, the BLACK oystercatcher, I got to see this summer in Alaska. It was a big deal, ever for the guides on the whale watch I was on.