Battle of the Bulls 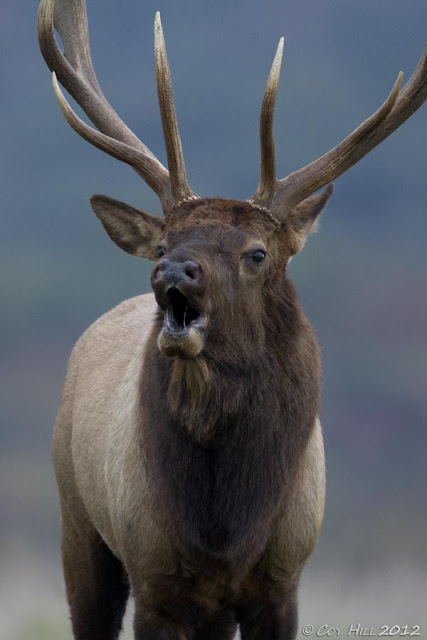 I took some time this evening to get back to processing some images from the September elk rut.  This year I was fortunate to encounter a number of bull fights.  Not that fights between bulls are uncommon but I have had trips where the action was always happening some place other than where I was.  As daylight faded the first evening of my trip a herd of cows with two bulls challenging each other had assembled on an open ridge top. 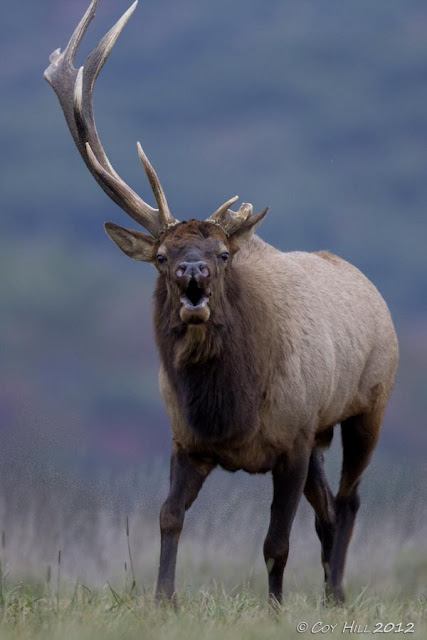 While the one bull sported a beautiful even rack this aggressive fellow with his one large seven point antler and a broken stub was not about to back down and miss out on a season of mating. 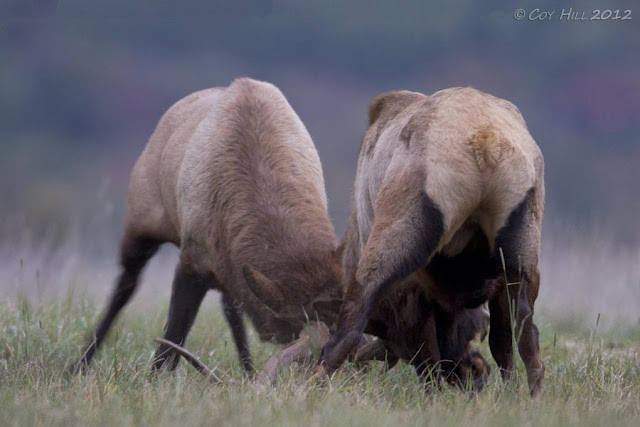 And soon the battle was joined. 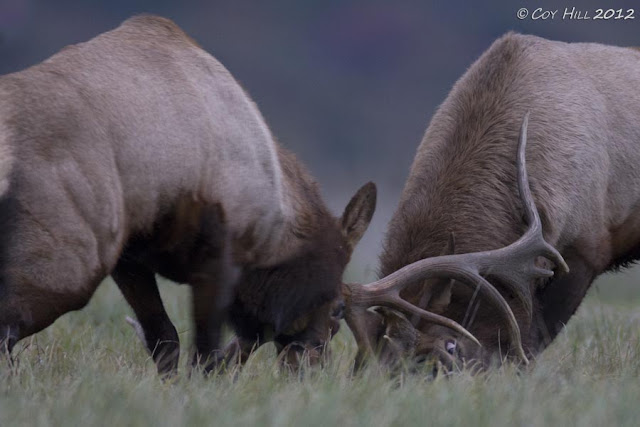 The bulls fought violently for a little over two minutes before they broke apart.  While the one bull would seem to have been handicapped with only one antler there was no apparent winner.

Great photos Coy! The one sided fella might be someone to watch for next year because he was pretty cocky this year even with half a rack.

It is amazing that they don't get severely injured more often.

Coy, you captured the action superbly!

Love the photos as always...man to see that first hand someday (wish I lived in Elk country!).