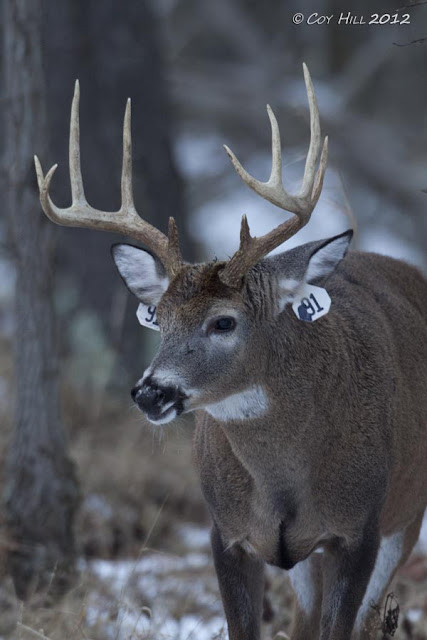 With much anticipation Willard and I headed to Shenandoah National Park planning on photographing the whitetail rut.  We were concerned about the effects of an ongoing deer study but information on the NPS web site indicated that no more than 70 deer in the park would be either tagged or collared.  This was the first buck we encountered.  He was in the Big Meadows area at the Tanners Ridge overlook wearing his easily visible ear tags. 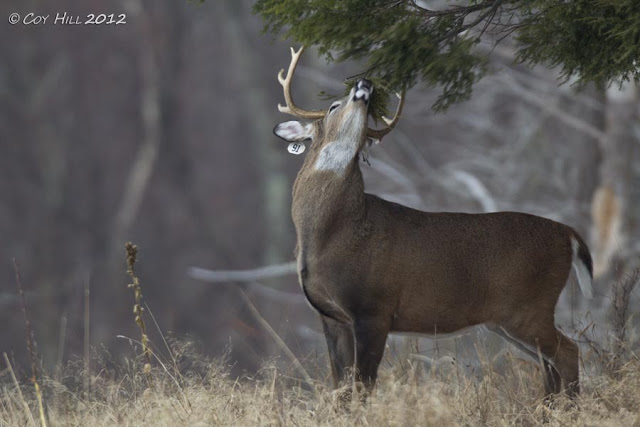 Number 91 was with a group of four antlerless deer of which three of them were tagged as well. 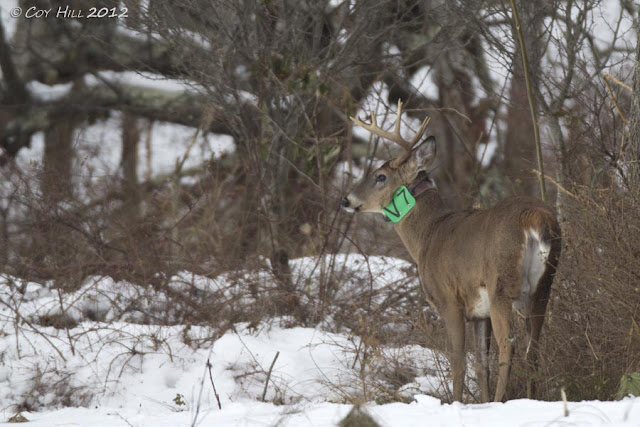 The next mature buck encountered was V7.  While the ear tags can be dealt with in Photoshop the GPS collar and large numbered tag is too much. 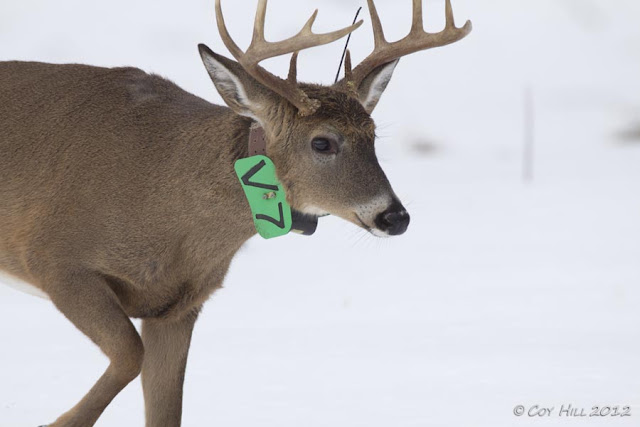 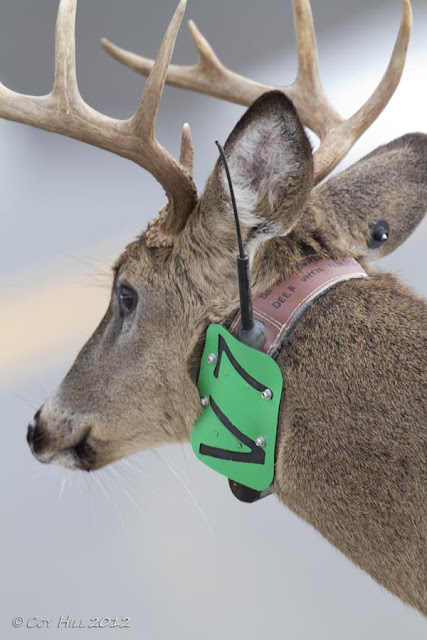 After photographing a few of the bucks to document the tags we didn't even bother to stop when we spotted bucks wearing their latest bling. 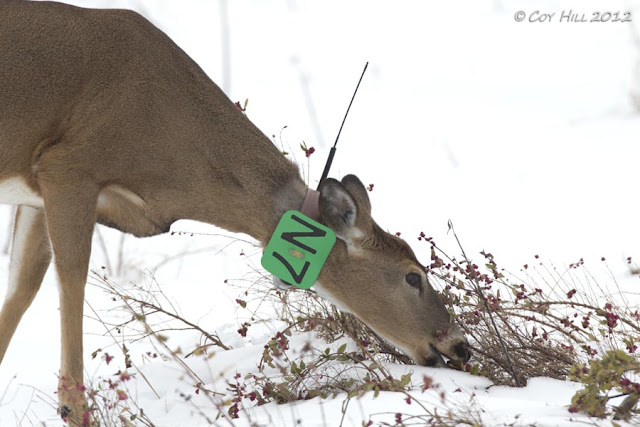 A number of the does were wearing the GPS collars and large numerals as well. 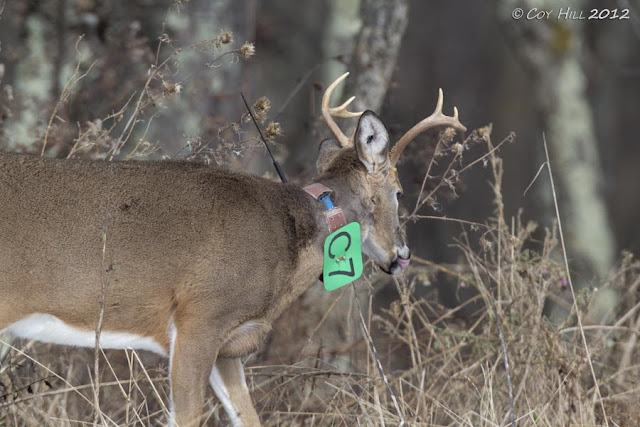 This was the smallest collared/tagged buck we encountered.
During the course of the morning and early afternoon we sighted one mature buck that was not tagged or collared and one buck (91) with ear tags.  ALL other mature bucks sported the GPS collars and large green numeral tags!
I could hardly believe the visual effect of this study on the whitetails of Shenandoah.  After stopping for lunch and discussing the situation we decided that our best move was to cancel our motel reservations and head for home; cutting our trip short by two days.
If any of you reading this are photographers considering visiting SNP to shoot the rut I would advise you to reconsider.  This study has destroyed this years rut photography and appears that this will be the case for years into the future.  For more information on the study click here.

Good grief! That collar looks extremely uncomfortable, and it definitely ruins the aesthetics of the photographs. Wise decision to just go home.

Those collars are horrible for any decent photos. And they look they rub the hair off of them. That's got to be a great disappointment for you.

What a rutted trip Coy, but still love your photography.

Oh dear, why must the poor creature so bear a disturbing transmitter, which it certainly bothers? I wish you a relaxing wonderful weekend! Luiserl ♥

What a trendy fashion statement those poor deer could have done without.