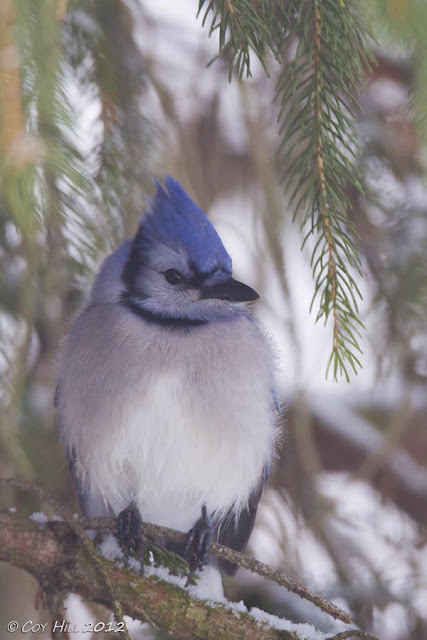 A fresh white snowfall brings with it new photographic opportunities. 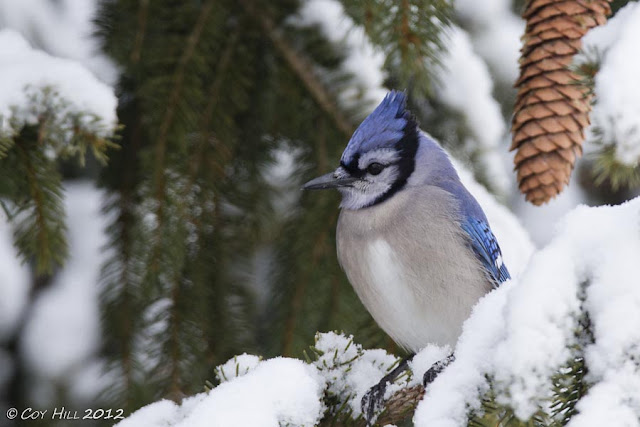 While I have maintained a bird feeder mounted on my deck for a number of years I had never utilized it for bird photography.  Since I always strive to photograph wildlife against natural backgrounds I set a pop-up blind on the deck in a position which allows me to exploit the evergreen tree only a few feet farther away.  Not only does the evergreen tree create a variety of natural perches but it also provides the birds protection from the occasional hawk attack. 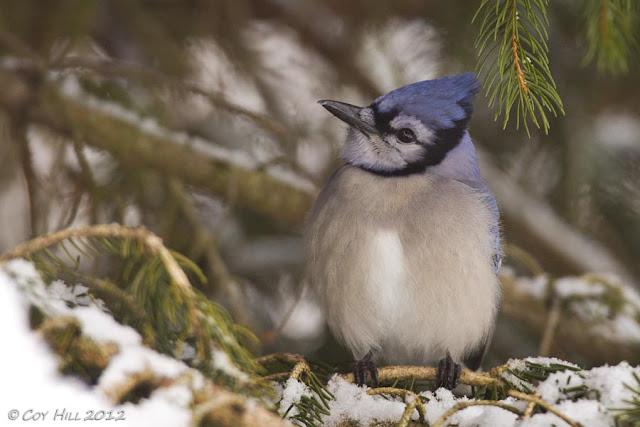 Having erected the blind a few day ahead of the Christmas Eve snow the birds were fully acclimated to it when conditions were right for shooting.  While the Blue Jays are very wary at our naturalized bird feeders; the ones visiting the deck feeder were the most accommodating species. 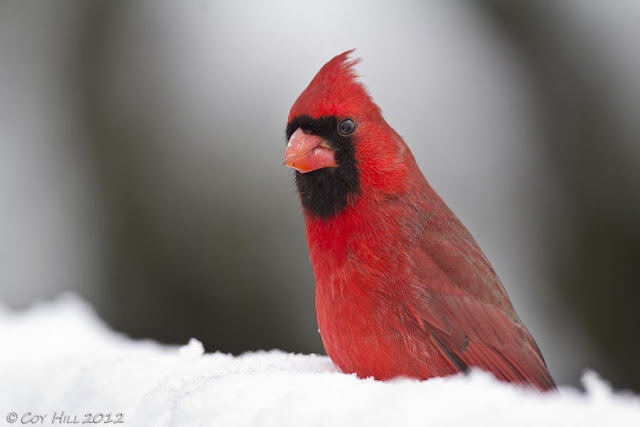 This male Northern Cardinal seemed more concerned about my presence than did any of the jays. 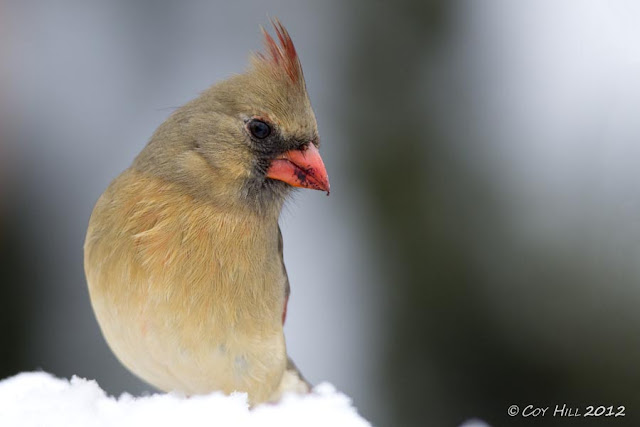 While a female Cardinal shows off her food caked bill. 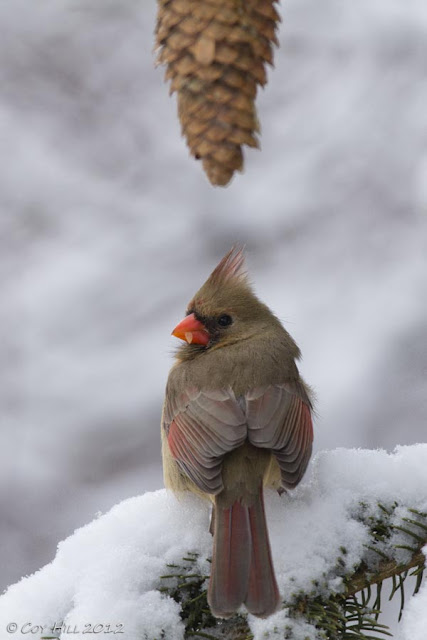 And later poses on a snow covered bough with a cone directly overhead.
Winter is a good time for photographing birds attracted to the feeders and during or just after a snow storm is the very best time of all!

Beautiful pictures. The Blue Jays sitting in the tree are gorgeous.

Wonderful shots of your birds in the snow!