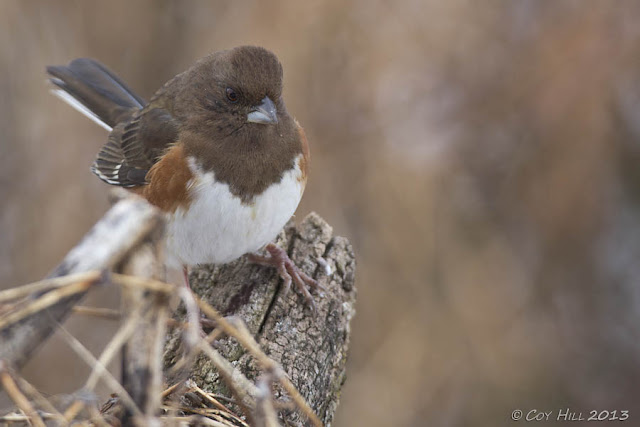 Female Eastern Towhee
Eastern Towhee's spend most of their time scratching in brushy areas.  Only occasionally do they fly up to a perch and when they do they seldom linger for more than a moment. 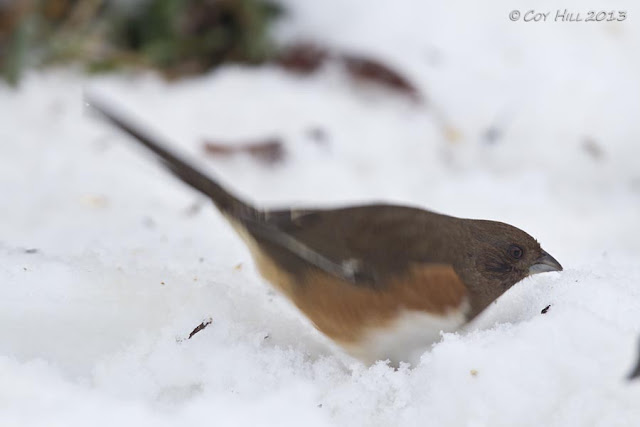 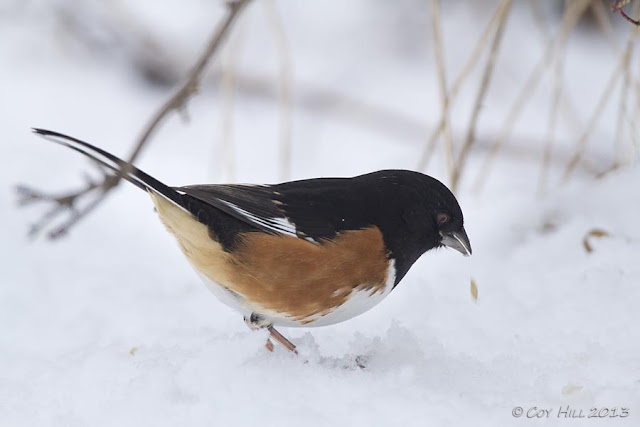 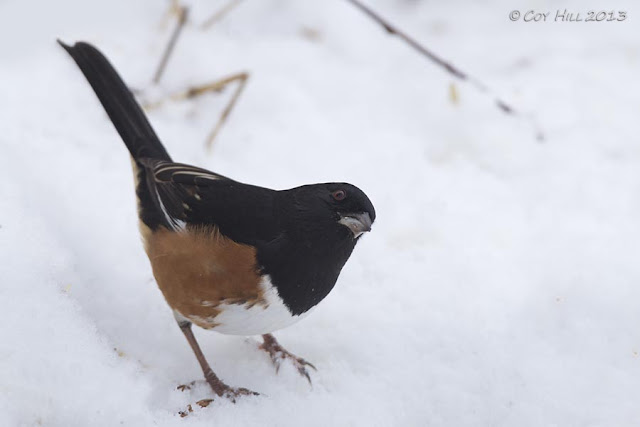 Checking out the lens 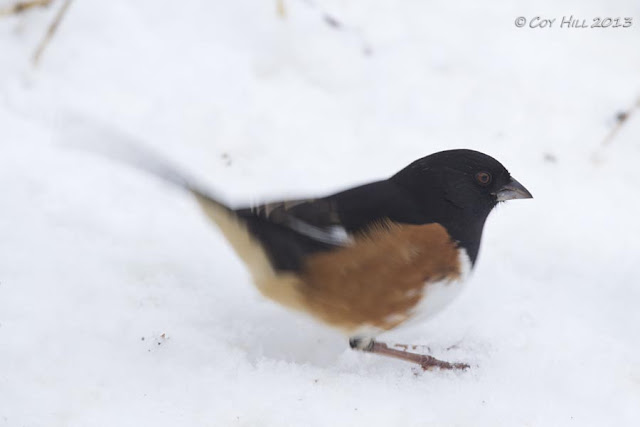 And getting back to the work at hand; scratching out a living
With the summer foliage gone and food becoming scarce the wintering birds are much easier to photograph than are birds at any other time of the year.

This is such a beautiful bird. Of course you get amazing picture,thanks to your photography skills.

beautiful birds. don't get to see them here.

Pretty shots of the Towhees!

Such a pretty bird!