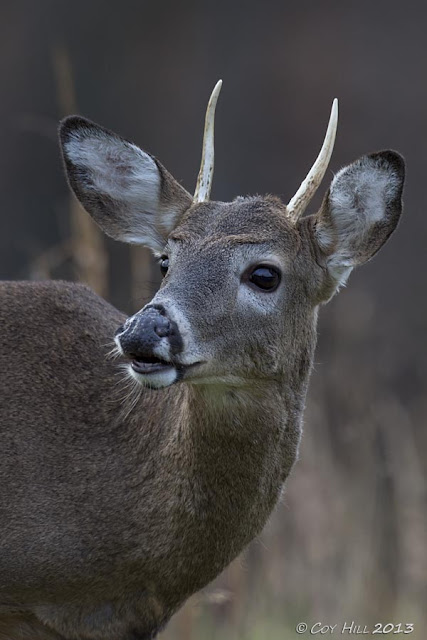 Typical Yearling Pa Buck
When Dr. Alt took his show on the road his intent was to reduce Pennsylvania deer herd.  In exchange for less deer he offered hunters larger bucks through his antler restriction (AR) proposal.  During his road show he displayed antlers from different year class bucks illustrating the difference in antler mass between yearlings and more mature bucks.  I remember well the meeting I attended how attentive the audience was as he held up the different age class racks and the ripple of low chatter as the folks noted their amazement to their neighbors of the significance a buck's age plays in relation to the size of his antlers. 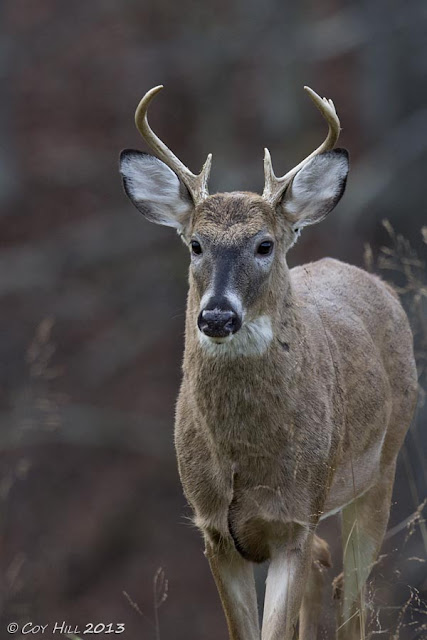 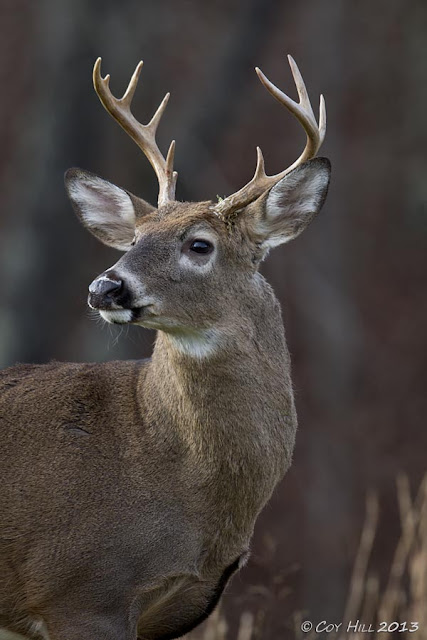 Typical 2 Year Old
Bucks of this caliber, though not quite as numerous as the yearlings, are very common today 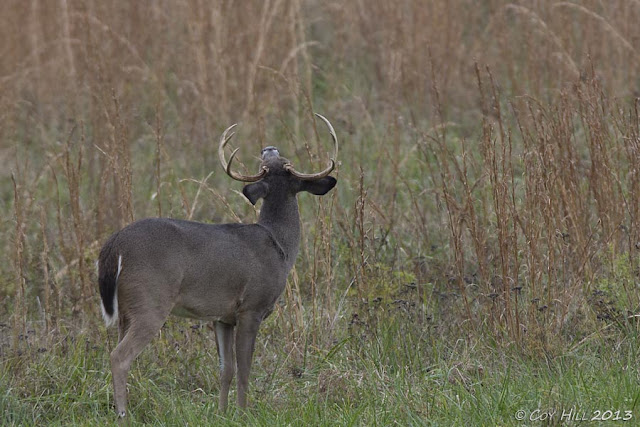 Three year old lip-curling
First of all did antler restrictions produce the results desired by the PGC?
Their answer is a resounding yes, based upon six of seven criteria rated in the article Antler Restrictions in Pennsylvania, are they Working.
My opinion is that AR is the best thing to come out of the PGC in relation to the deer herd since deer populations were reestablished across the state.  Before AR it was not uncommon for me to go through an entire year without seeing so much as one buck as large as the one pictured above.  While I had read of how bucks would form bachelor groups outside of the rut but this was a part of deer behaviour that I only was able to view a few times outside of a National Park.  Fighting, sparring, lip-curling, the things that make a buck photo were nearly impossible to come by.  Yes we had bucks but they were young inexperienced deer.  Before they could develop into adults and take up the habits of adult whitetail males they were gone and this persisted year after year, decade after decade for nearly a century.  Now by spending time in search of bucks, bachelor groups, particularly in summer, can be found by observing good food sources during early morning and late evening hours.
I have heard and read some criticism of AR from disappointed hunters and will list a few here.
AR reduces hunter success rates:  Actually if you look back to 1986, the first year of estimated harvest numbers the hunter success rate was hanging at about 13%.  As the herd grew out of control buck hunter success rates climbed to around 16%.  Now with the herd reduced and AR in play buck hunter success rates have return to 13%.
AR may genetically damage the herd:  To this my answer is simply; what genetic damage could a century of selecting for males not capable of growing a three inch spike as a yearling do?  Can this in any way be worse?  The PGC states that ongoing studies indicate that today's AR is not damaging the herd genetics and I see no reason to differ with them.
AR is unnecessary, simply reducing the doe herd is all that is needed to produce big bucks:  I would expect that hunters voicing this opinion did not experience hunting in the 1960's, at least not in my area.  By today's standard (yes, even after herd reduction) deer were scarce, forest regeneration was absolutely no problem, and mature bucks were scarcer still.  Growing up on the family farm I learned from the outset that you could not grow a mature steer in one year by selling all of your cows.  The same thing goes for the deer.
A number of factors influence a bucks antler size among them are food availability, soil mineral content, overall health, genetics, and age.  Pennsylvania's approach was to improve food availability by reducing the overall size of the herd to promoting better overall deer health.  In a wild herd there is not much that can be done about soil mineral content or genetics.
Pennsylvania has the highest concentration of deer hunters of any state in the nation.  A recent chart published by the Quality Deer Management Association list hunter density at 20 per square mile, or one hunter for every 32 acres in the state without subtracting area for cities, bodies of water etc.  With so many hunters in the woods looking for a buck (every hunter receives an antlered deer tag with his regular hunting license) AR is the only way to ensure that any buck a chance to grow up. 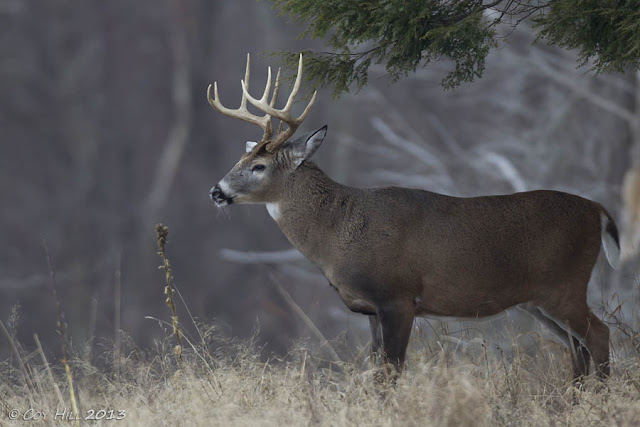 Fully Mature Whitetail Buck; Shenandoah National Park Va.
Producing bucks of this level was not the PGC's objective, however AR increases the odds of a few surviving to become truly massive majestic animals.
﻿
When Dr. Alt began talking about his plan I was surprised that Pennsylvania would even entertain such a move with the three-inch rule so firmly entrenched.  While I hoped that it would be enacted into the hunting regulations I thought since it seemed such a good thing that it probably would never happen.  Now with eleven years of AR behind us over 60% of Pennsylvania's hunters support AR and frankly it has done more for the quality of bucks than I could allow myself to hope for.

Well, the buck in that last photo is a true beauty. Nice rack!!