Early Signs Of The Coming Spring 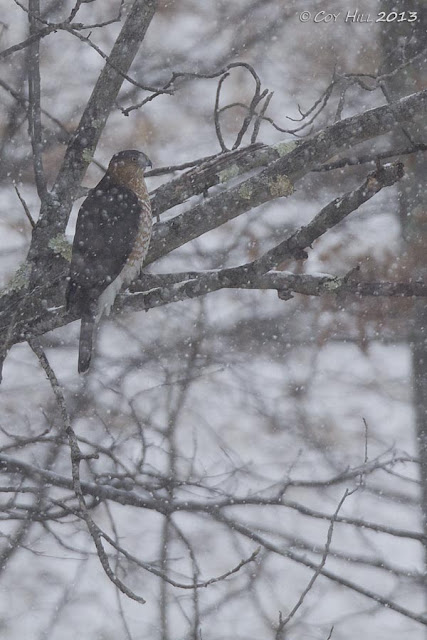 Even as winter's snow swirls through the air the first faint signs of a change of seasons can be found. 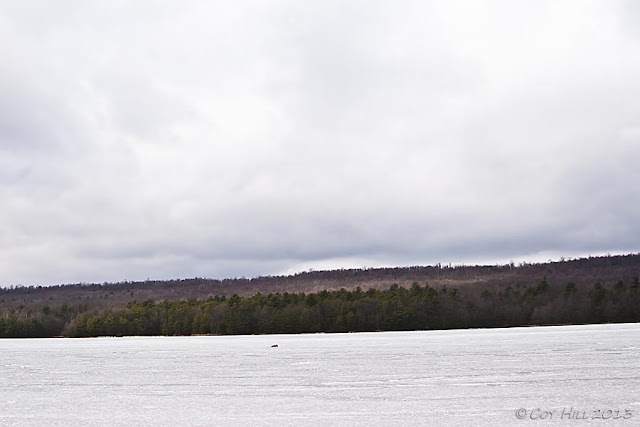 A stop at a local lake revealed that it will be some time until it will be open for returning waterfowl.  However the ice is thin as indicated by one area remaining open.  While at the lake I watched as a mature Bald Eagle soared over heard and listened as a red-bellied woodpecker drumming out its territorial call, a sign that spring is on the way. 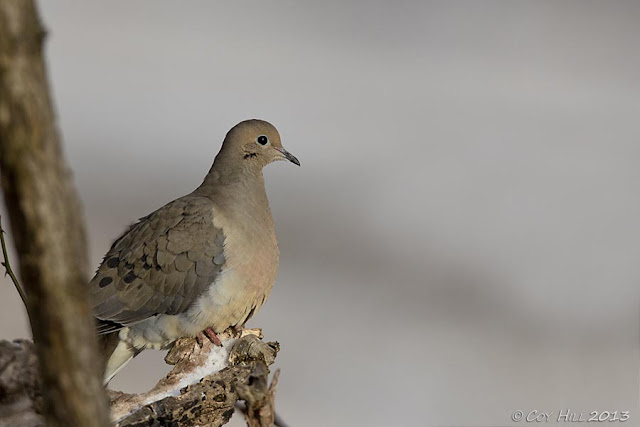 Mourning Dove
I heard my first mourning dove of the year cooing Friday evening and many more calling Saturday morning. 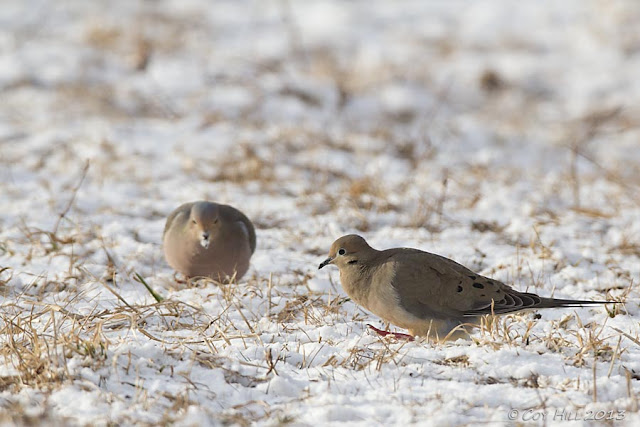 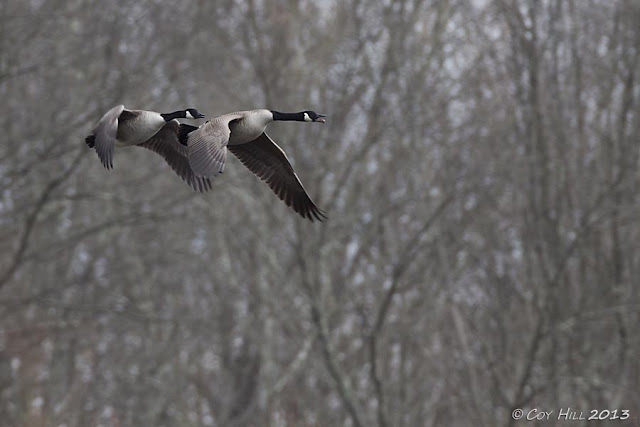 Canada Geese
And a stop at a local wetland revealed some open water and a pair of Canada Geese.
Before leaving I observed a flock of mallards swoop in for a splash-down.  While Canada's and Mallards are residents the migratory waterfowl won't be long in arriving as they begin their journey to the more northern nesting grounds.

All really encouraging signs. We are under a blizzard watch tonight,so no spring activity for a few more days.

Wonderful photos, I would like to see some signs of spring here. Bring it on!

No spring here yet. I really like your Hawk and Goose photos. Nicely done!

Great signs Coy! Means food plotting, habitat work and gardening on the home front is closer with each morning sunrise!

Neat photos Coy, I think we still have a lot of winter left.