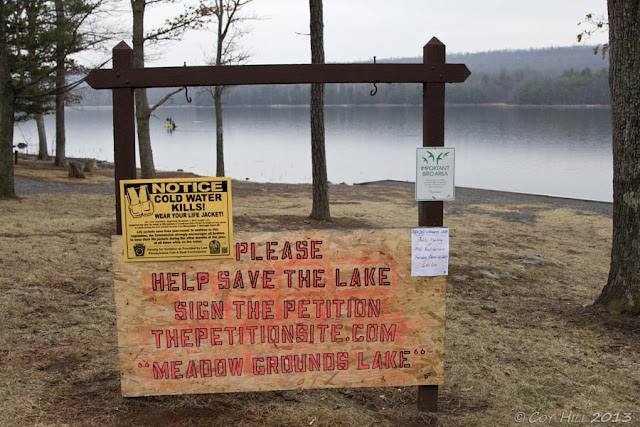 The PFBC began lowering the Meadow Grounds Lake the week of March 4th.  So far it appears that the level has dropped between three and four feet.  The plan calls for completely draining the lake, inspecting the dam and spillway, and estimating the repair cost.  No money has been identified for repairs and without considerable local effort the PFBC may never repair and refill the lake. 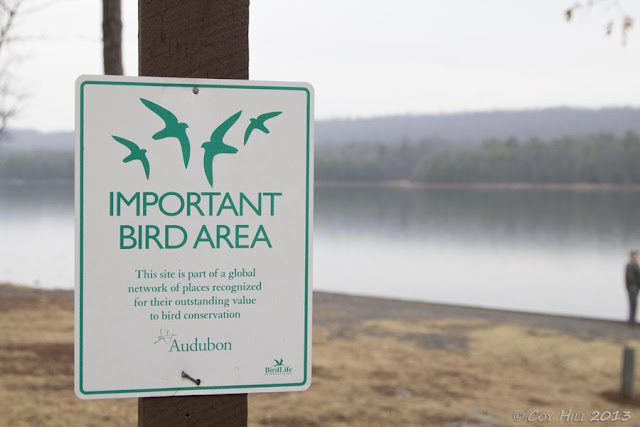 The Meadow Grounds Lake is identified as an important bird area by the Audubon Society, the US partner for Bird Life International.  Without the lake the attraction it currently holds for birds will no longer exist. 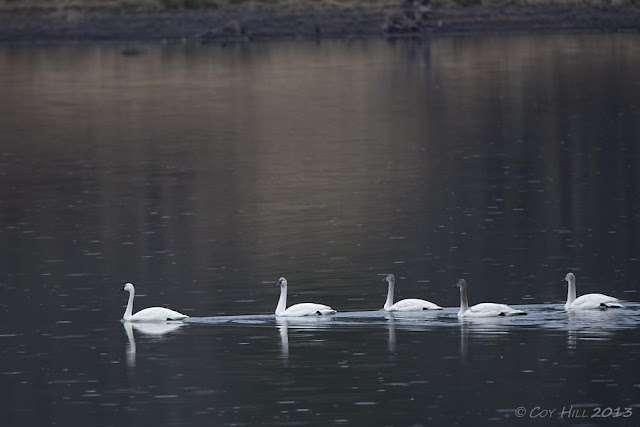 Tundra Swans
Since I had not yet taken my boat out of winter storage I visited the lake by car today.  Most of the waterfowl was too distant for even the big glass but a handful of migratory Tundra Swans passed close enough for a photograph.  Using bino's I was able to identify Mallards, Common Merganser, Buffleheads, Horned Grebes, and Long-tailed ducks. 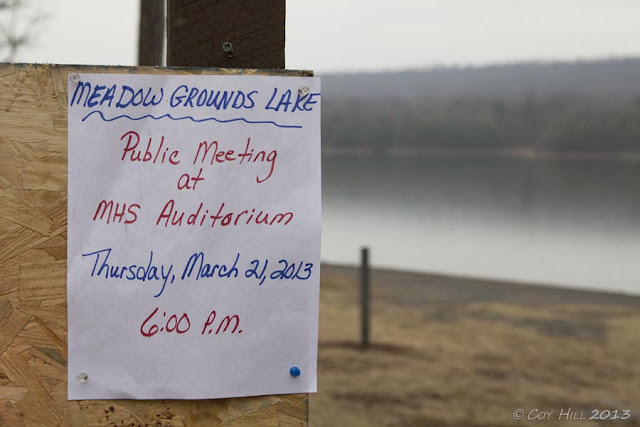 A public meeting has been scheduled by the PFBC at the McConnellsburg High School (Central Fulton) Auditorium. As with the decision to drain the lake, the PFBC failed to notify our County Commissioners. In fact, so much of the decisions surrounding the lake draining has been done seemingly in secret that I expect the meeting to become quite interesting when PFBC officials finally must face an irate public and our County Commissioners. 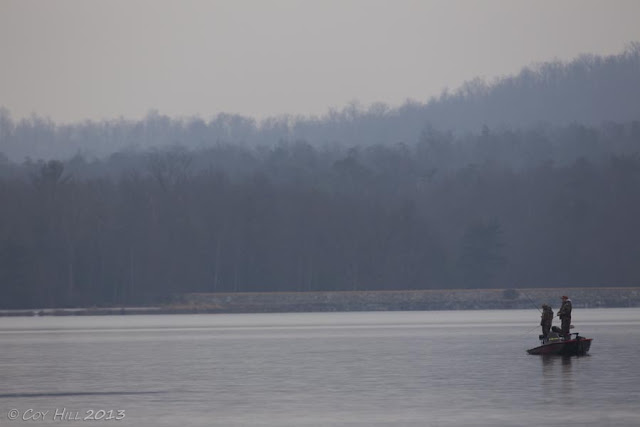 A number of folks were availing themselves of possibly one of the last opportunities to wet a line.  Fishing seasons and creel limits were eliminated; however the lake will probably be too low for most boats by the time the water warms enough for the fish to bite well.

Oh, my, it would be so sad to lose the lake. I hope that doesn't happen.

With a governor bought and paid for by the natural gas industry and on a mission to destroy the environment and conservation agencies such as The Fish Commission, we can only expect more such short-sighted, reckless, irresponsible decisions in the future. I hope they meet a lot of opposition on this one.

Very sad to see this happening. Hopefully the public will be listened to and they'll not drain the lake.

So sad. I hope the public prevails with their protests, and the lake won't be drained. The Swan photo is very nice.

Oh,,,hope it will be a positive decision...The lake is lovely and you need places like that