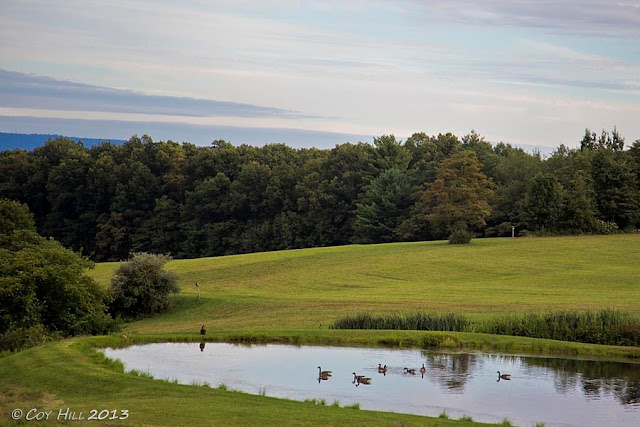 A flock of Canada Geese swim in a farm pond while an Immature Bald Eagle watches from the bank.
When I noticed this scene as my wife and I drove down a dirt back-country road, the geese were what caught my attention.  I paused to observe them noting that the young of the year are fully feathered and nearly as large as their parents; but the surprise of the moment was when I realized that the bird on the land was not just another goose but an eagle instead!  Was it watching the geese hoping for a meal of fatted goose?

While taking one of my frequent evening walks a butterfly fluttered in the roadside bushes and chose a landing site that was open and well lit.  My constant companion on these walks, a camera with the 100-400mm lens attached proved adequate to make a good hand-held shot of these normally reclusive butterflies. 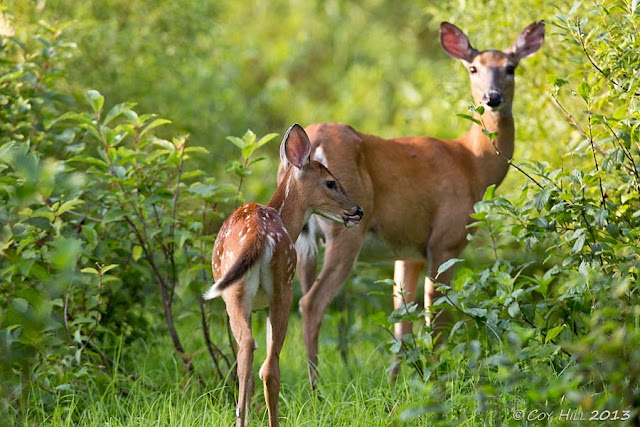 While spending an evening in a local wetland I was startled by the nearby splashing sound of a doe and her twins crossing the shallow water.  Unable to photograph them in the water because of screening branches I had to wait until they passed into an opening.  The clicking of the shutter drew the mother's attention for a moment before she moved on. 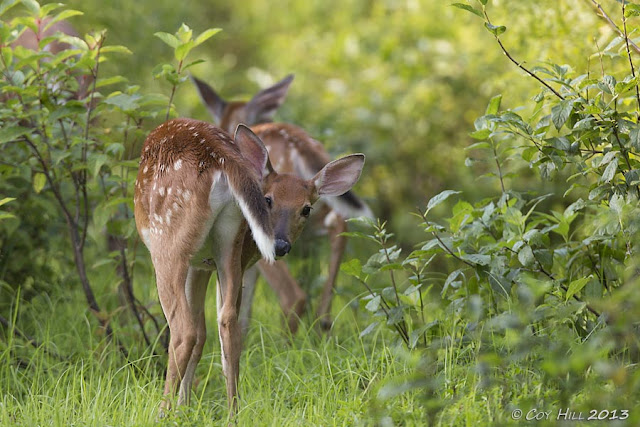 But a biting fly caused the one fawn to flick its tail and bite at it's hip.  While it appears that the fawn was looking directly at me it was the biting insect that had its undivided attention.

Amazing shots. Nature is filled with so much beauty.