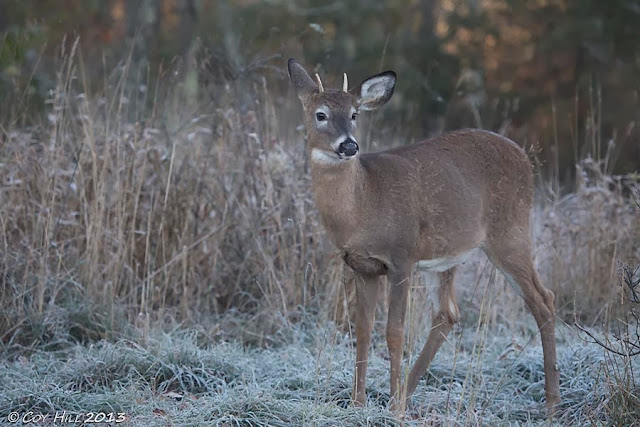 A young buck feeling the stirrings in his body of his first very rut cruises along the edge of a meadow.  As he nears 1.5 years of age he senses the changes in his body as his neck thickens and his interest in females increases. 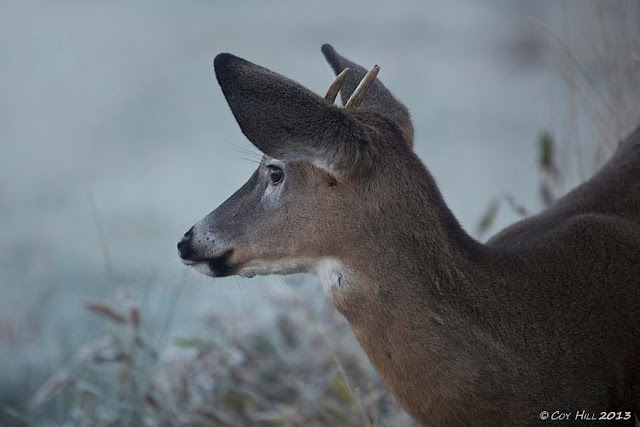 Just the morning before the first killing frost of the season covered the ground and again on this morning with the temperature hovering around 30 degrees everything is again coated in white. 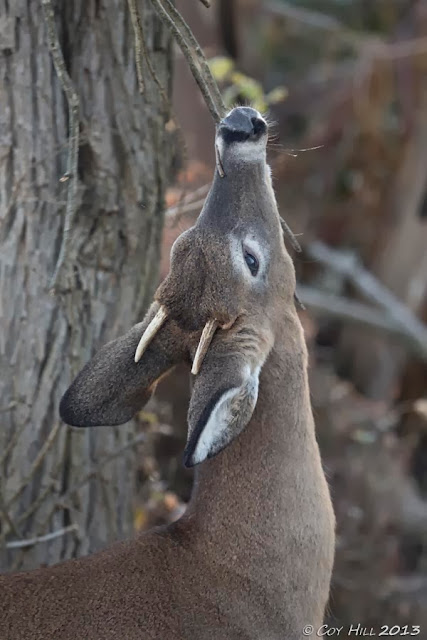 Pausing at an overhanging branch the little buck licks the branch 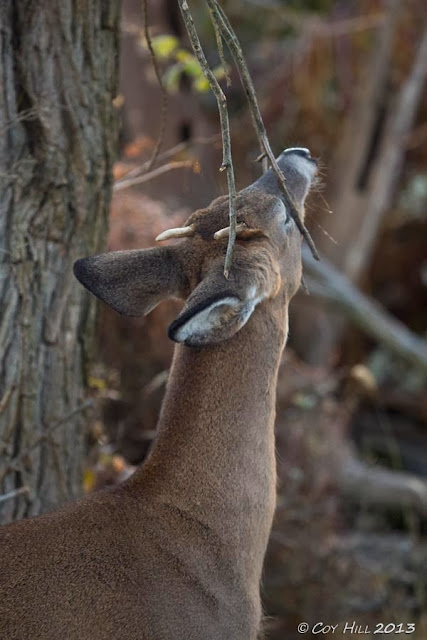 And rubs his face and scent glands marking this as his spot. 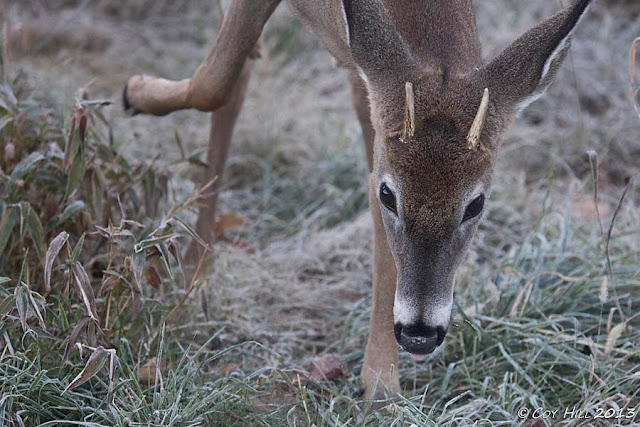 Pawing the ground directly under the branch he clears a small patch of earth on which he urinates.
It's his first rut but it seems the little fellow knows exactly what to do to attract the girls.

Me thinks he has a lot of growing to do! LOL. Nice photos, Coy.

What wonderful shots of this young buck!

Hi Coy!
Beautiful shots of the buck....love it