This Land is THEIR LAND 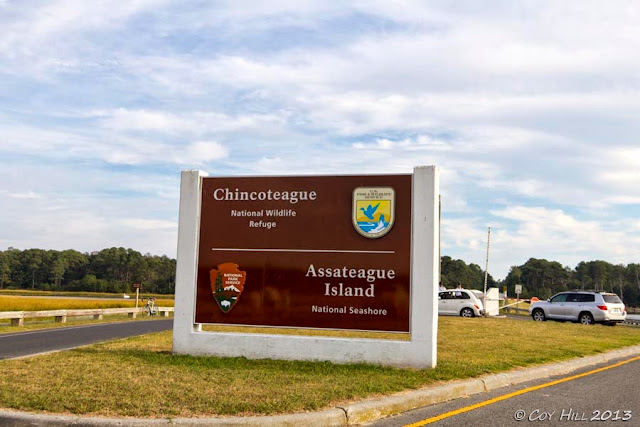 My wife and I spent a few days last October staying on Chincoteague Island with much of our time spent on Assateague.  Even with Hurricane Sandy approaching it was a very enjoyable time spent on the two islands with many good wildlife photo opportunities particularly in Chincoteague NWR.   As autumn approached this year we decided to again spend a few days enjoying what the Chincoteague area had to offer. 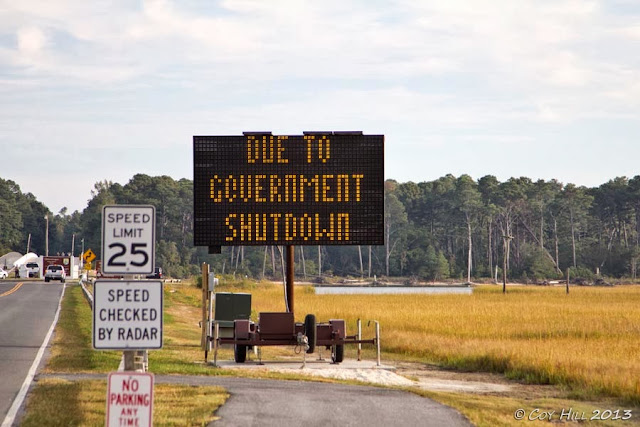 When the government shutdown was announced on Tuesday I knew that it would undoubtedly effect our vacation and a quick search on the web confirmed my fears.  After discussing the situation with my wife we decided to go ahead with our plans and try to find an alternative to spending time on the beach or in the refuge.

Upon arriving in Chincoteague we went straight to the causeway and bridge connecting Assateague to Chincoteague. 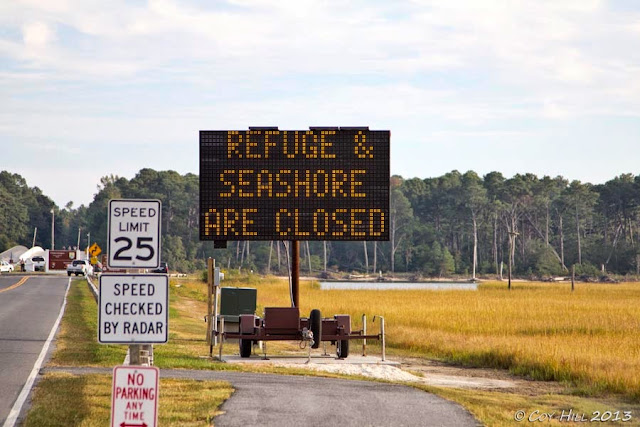 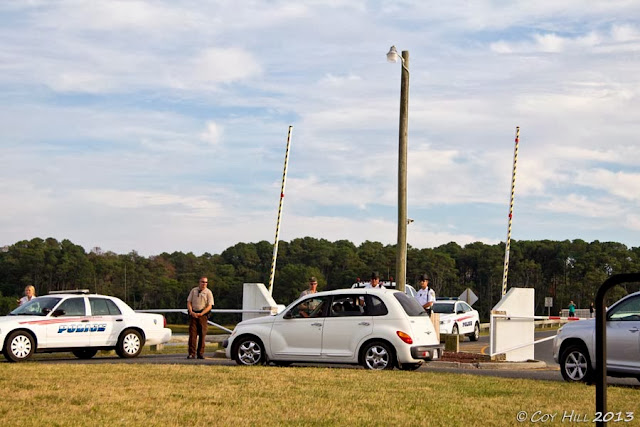 Anyone wishing to enter the federal land supposedly owned by ALL of the people of the United States of America were being met by armed federal officers along with a contingent of Chincoteague Police. 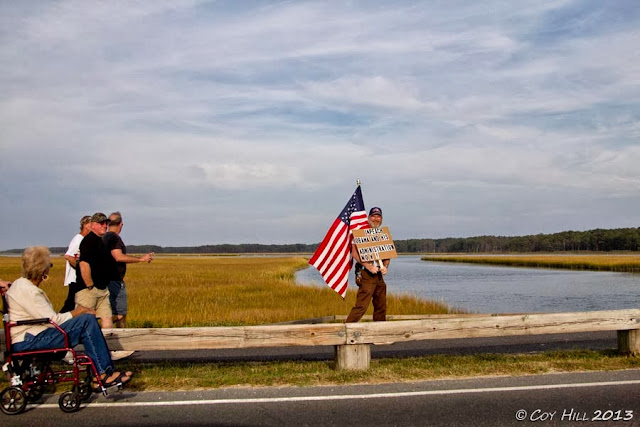 A small group of demonstrators were moving across the causeway as we drove out and spoke briefly with the officers. 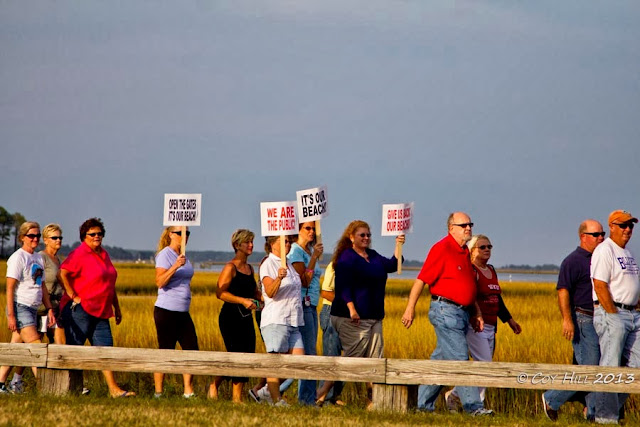 The demonstration was peaceful.  The armed guards remain at the bridge refusing entrance to all.
This is the story at federally owned lands all across America, we the people are being denied the use of our land by a group of politicians.
As for myself I have written my representative to let him know that I hold him personally responsible.

So, just how much money (that we DON'T HAVE), is our government spending to keep these beautiful lands closed to the real owners - the people, we the people !?!?!?! What a sorry mess our President & Representatives have created, & the majority of the American people have quietly set back & allowed this to happen. Americans are no longer a free people living in a free land. Terrorists & illegal immigrants have more rights than the average American citizen has. What a shame. Others nations are sitting back & laughing at how the great United States is beginning to crumble & fall. It didn't happen over night, it happened with a small compromise here & a little change to a law there... now the changes & compromises have added up & have caught up to us. Shame on us all for not standing up to our own government & demanding they do right by us, the many citizens who still love & give their all for our country.

Living near the nations capitol I see this everyday. Some of the areas I most enjoy visiting to take photos are closed.
My personal reaction is a pledge to vote OUT every incumbent that I can, regardless of party affiliation. If someone is in office, they will not get my vote!

Just some more of government masterminds at work.

I wonder if it costs more to shut them down than to keep them open...trying to make it as difficult as possible...not save money.

My thanks to all of you for your comments.

Carol, from what I gather it is costing more as all of the Fed. employees will probably end up being paid the same as if they had worked.

Steve, while I tend to lean more to one side of this argument than the other I fully concur with your plan of voting them all out.

Yep, I think voting them all out is the best idea! Hopefully people won't have forgotten this boondoggle when election time rolls around again.

I hope you also write your Senator who was very responsible for making this happen--actually the administration is the one that chose to place armed guards and rent barricades to keep all of us out of OUR land. They spent more money on barricades and guards than it took to run the places when they were open.

I hope you also write your Senator who was very responsible for making this happen--actually the administration is the one that chose to place armed guards and rent barricades to keep all of us out of OUR land. They spent more money on barricades and guards than it took to run the places when they were open.

This is so sad. I bet the government continue to financially support foreign aid, military action, new highways, space exploration and so on, yet people cant use the wetlands on their own doorstep, unbelievable. Oh and continue to pay the police to stop you!