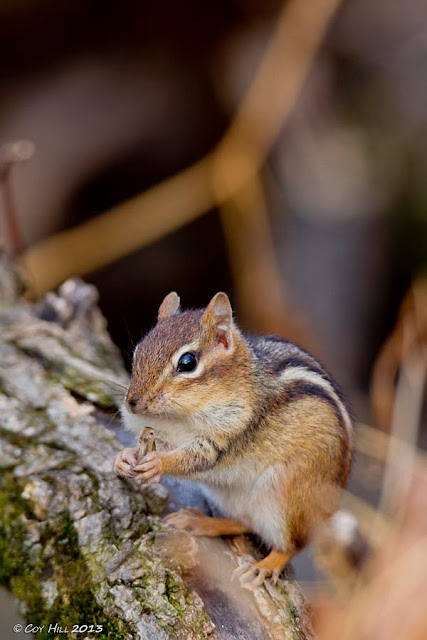 When the chipmunk hopped up on a branch above the leaf litter below I thought it was holding a seed of some type in its paws. 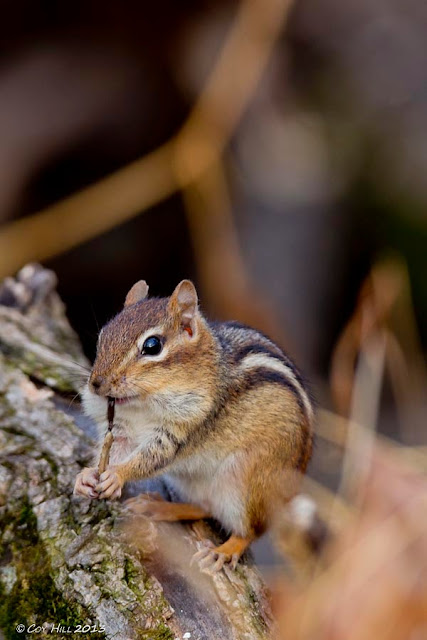 As the chipmunk began to eat I realized that this was not a seed! 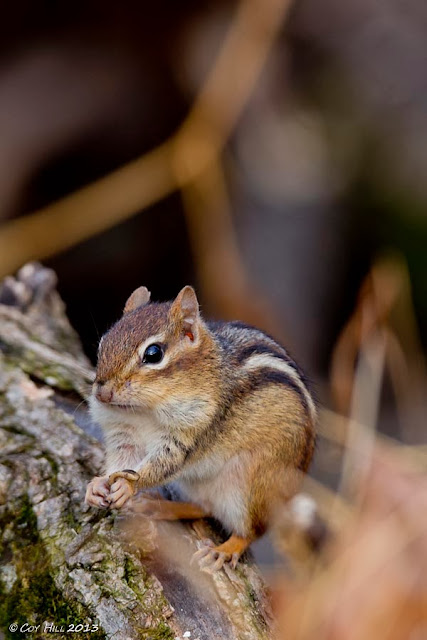 After extracting and eating the slug's entrails it paused for moment with the slug's empty body grasp tightly. 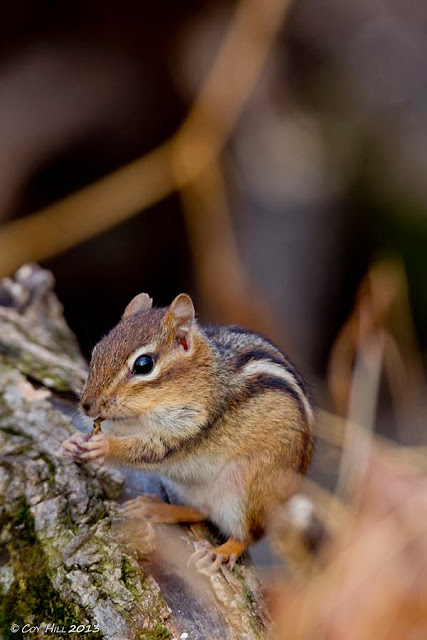 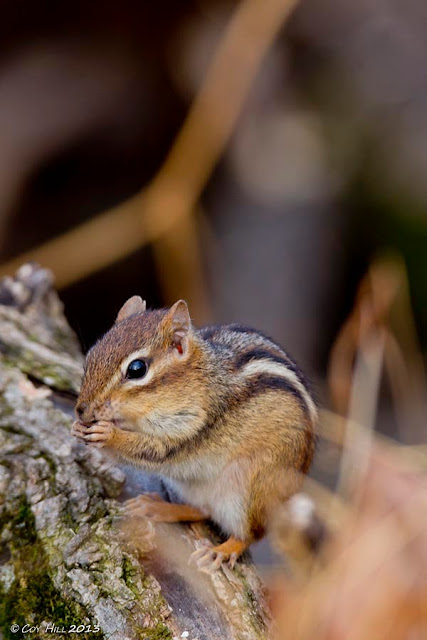 finishing by licking its paws after the last bite.  The chipmunks diet mostly consist of seeds, nuts, fruits, and other plant materials however they have a carnivorous side as well as this series of photographs illustrates.

Email ThisBlogThis!Share to TwitterShare to FacebookShare to Pinterest
Labels: chipmunk

i think i just lost my appetite.

One has to have a varied diet.LOL

Terrific set of photos, Coy. I had no idea they'd eat anything like that!

Never seen that before.

Fascinating! I never would have expected a chipmunk to eat a slug!

Didn´t know that!
Great capture in the right moment!

Ya learn something new every day. Great captures.