The Rut is On! 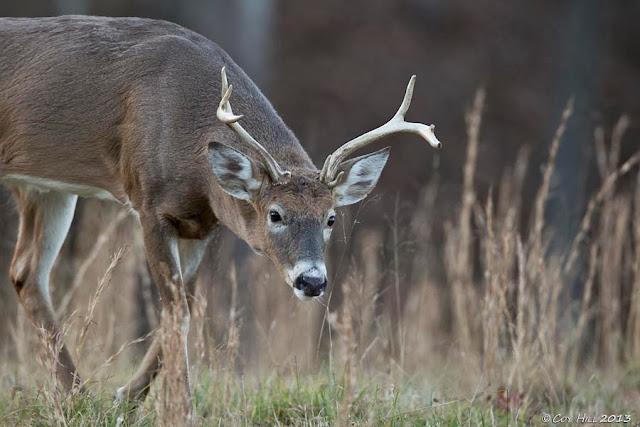 For the whitetail enthusiast there is no time of the year that can compare to the mating season.  For most of the year whitetails are shy and retiring animals but with the onset of the rut they suddenly become much more visible as the bucks roam widely in search of receptive does in estrus. 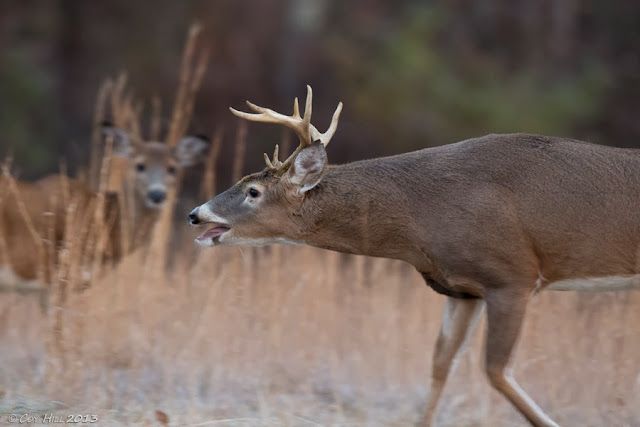 While not nearly as vocal as their cousins, the elk, whitetails vocalize during the rut.  The buck, pictured here pursuing a doe, was grunting as the photograph was taken. 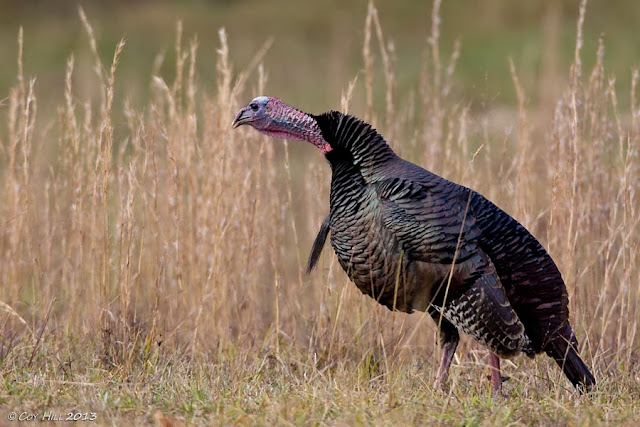 My biggest surprise of the weekend came when I photographed this male wild turkey gobbling!  Most gobbling is done during the late winter and spring months in conjunction with the wild turkey's mating season.  Perhaps this tom was a little jealous of the whitetails having all of the fun! 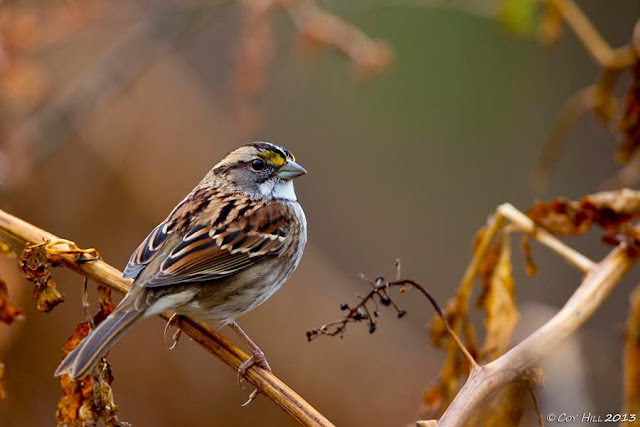 Of course when one is spending a great deal of time out of doors there is more to photograph than deer.  This white-throated sparrow posed nicely in the weather branches of a poke weed. 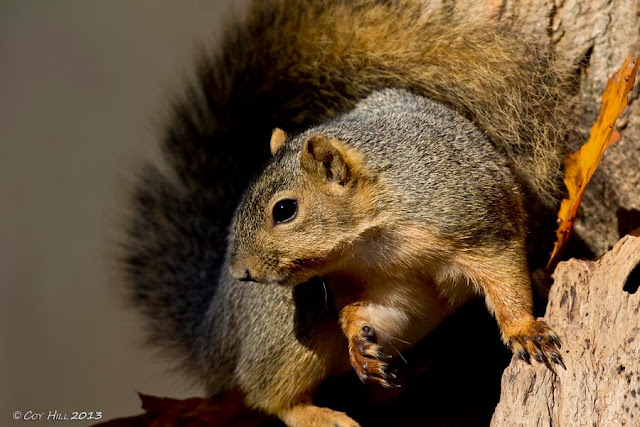 And a fox squirrel, busy fattening up for winter, pauses just long enough for a portrait.

Lovely pictures. The turkey has such pretty colours in the right light.

They are all awesome photos. Love the deer!

Coy, great pictures,Michele says not all squirrels live in the woods.thanks steve

Awesome photos as always. November is such a special time to be in the woods watching the wildlife. Thanks for sharing.

Hi! Great Pictures.
We dont have wild turkeys here in Sweden. WOuld have been nice...they are very bid I Think.

Great pics Coy. I like them all but the I'm torn between the Fox Squirrel and the Sparrow as far as my favorite. Great light on both of these pics.