Male Northern Harrier at approximately 260 yards, Canon 6D, EF 600mm f/4.0L IS lens
As I topped the hill behind my home I spotted a male northern harrier soaring low over the stubble field.  By the time I was able to stop the truck and get the 600 out the window the hawk was soaring low to the ground behind my house in the distance.  As this swoop took the harrier near my bird feeders I felt fairly certain that the small birds were his attraction.
The harrier continued a short distance before turning 180 degrees and dropped from sight as he soared past the house again but lower in the ravine. 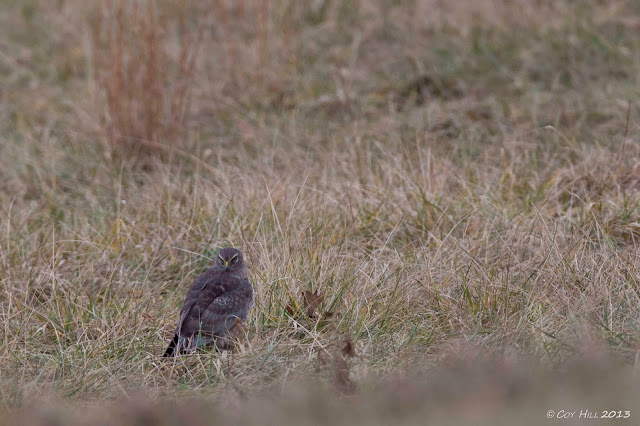 Driving towards home I again spotted the harrier, this time on the ground, some 40-50 yards behind my home.  The harrier watched me intently as I jockeyed the truck in position to allow photographing from the open window but did not fly as I expected. 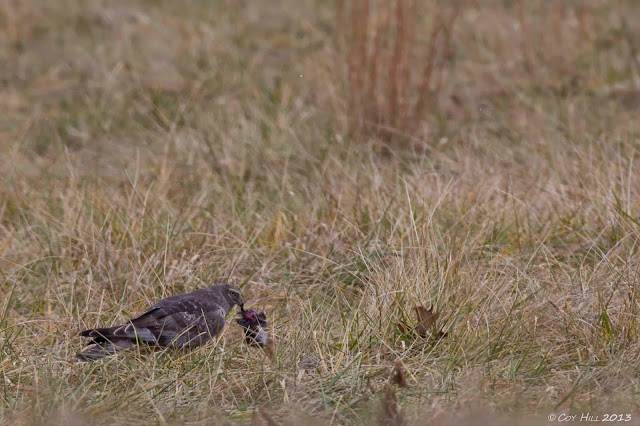 After watching me for ten minutes the harrier reached down between its legs and began to tear a small creature apart!  This when I realized why the bird did not flee when I approached.

After feeding for a few minutes the bird lifted it prey.  While I was expecting a song bird the animal appears to be a meadow vole. 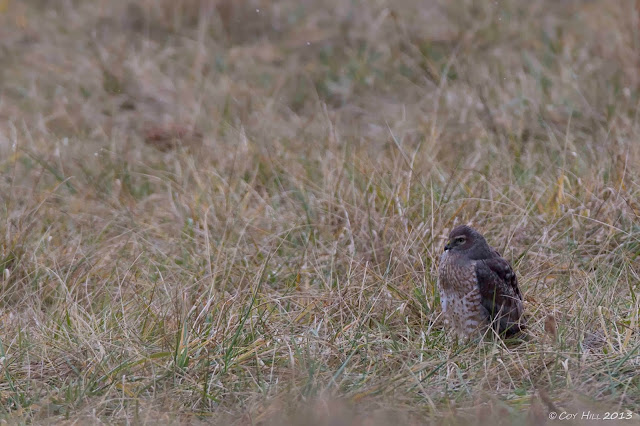 After the harrier finished off its meal it walked about picking up the pieces it had missed.  In fact it cleaned up so well that when I inspected the area trying to find fur to help confirm my identification of its prey I was unable to find so much as a single hair!  With the clean up finished the bird rested on the ground for another five minutes or so.  Notice its bulging crop.

Finally the beautiful bird lifted off on silver wings. 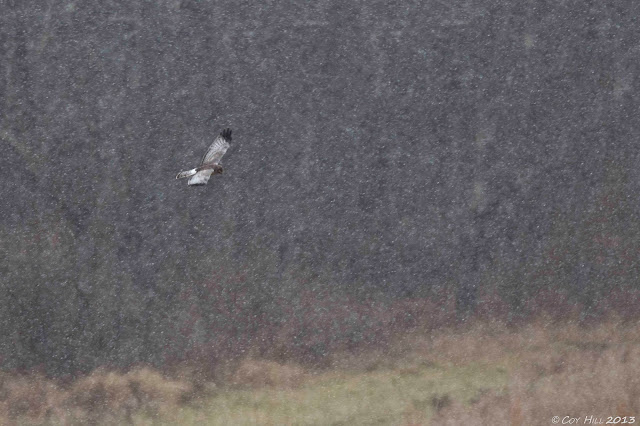 And soared away into a fast moving snow squall leaving me with memories and images of a few minutes spent with a northern harrier.
Posted by Coy Hill at 12/25/2013 05:00:00 PM

Super action sequence. A nice Christmas present for you - and us!