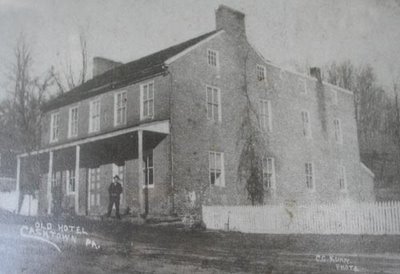 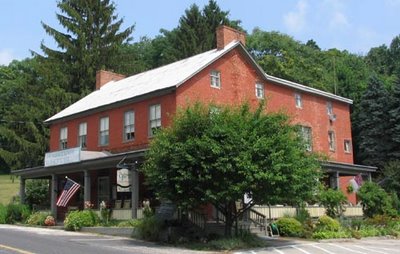 The above photos are of the historic Cashtown Inn located near Gettysburg Pennsylvania.

This inn was built in 1797 as a stagecoach stop between Chambersburg and Gettysburg Pennsylvania. Confederates troops passed by it on the way to the battle of Gettysburg. It served as the headquarters for Confederate General A. P. Hill directly preceding the battle.

The inn is featured in a scene in the movie Gettysburg. The scene depicts Confederate troops passing it and cheering as General Lee rides by encouraging them on into the awaiting battle.

Today the Cashtown in is an upscale bed and breakfast. The top photo circa 1895 is displayed on a historical plaque located in the parking lot. I found it interesting to observe the changes that have taken place in the 110 years that had passed between the two photographs.
Posted by Coy Hill at 8/23/2006 04:23:00 PM

That is cool! It is amazing to me that a structure can stand so long.
I can only imagine how long it took just to get the supplies to the job site and to build it.