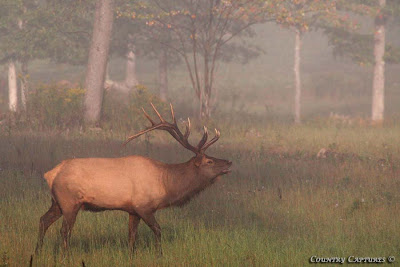 I first met this bull during the first morning of my 2007 elk rut shoot. 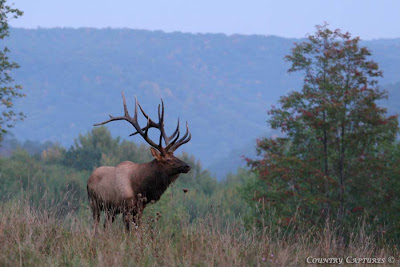 In 2008 I encountered him the second day of my trip. During one encounter we watched as he bred a cow. This image was captured shortly after the sun had set as he followed a cow over the rise with the hazy blue mountains providing an excellent background. 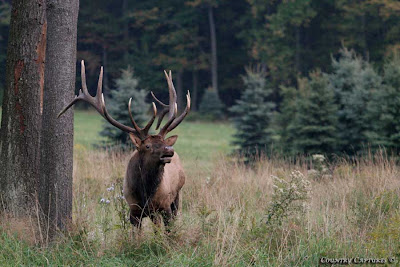 During the second evening of this year’s trip I was thrilled when this same bull hove into view. Now a fully mature bull, larger in both body and antlers, he was ready to take on all contenders. During the evening at least three other mature bulls approached his small harem and each time they slunk away as he approached them with head held high.

I can see the similarity in the bull’s antlers over the three seasons shown here but I bow to the greater knowledge of Willard and Buckwheat who provided positive identification.

Beautiful shots of the Elk.

I am so thrilled to be able to see animals in the wild like this. Even if only in photo form. At least I know they are there and a thrill for you to see year after year. Nice photography.

The scenery is so perfect! Great shots!

Hi Coy,
Wonderful set of shots again! Gosh, I'd like to be able to follow them like that. And I was wondering how you could do this, being sure it was the same. I first thought that it was marked or had a special feature! Now I got it!