The Whitetail Rut, the most magical time of the year for the whitetail enthusiast, is the very best time to observe and hunt for the adult whitetail bucks. For the past week I have lived and breathed the rut. Taking a week away from work I have been in the field every day since last Thursday and what a great week it has been.

When planning vacation it is impossible to pinpoint the exact dates when the rut will hit its peak as it varies some from year to year but this year I hit it spot on. During the week I have spent two mornings in Shenandoah National Park and the remainder of the time in Pennsylvania. To date this has been the most productive rut I have ever shot. Even with a good collection of images to show for my efforts; I will be out there again in the morning hoping for a bigger buck or better lighting or a better background or any combination of the above. 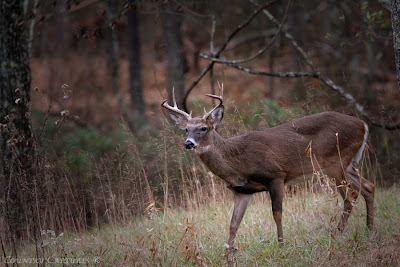 While shooting with Willard today this fine eight-point was the star attraction. Here he poses in a reverting meadow, pausing for a moment before resuming his frantic chasing of does. 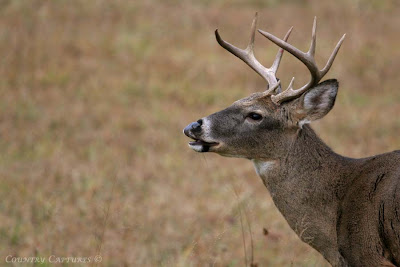 Lip-curling is always one of my favorite buck poses but the best I could get of this fellow was a partial. 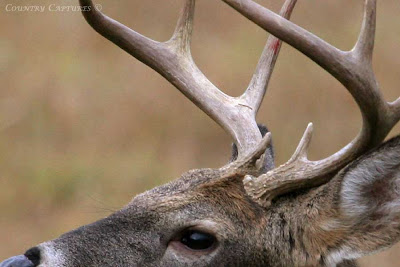 Fights between bucks are becoming more violent as the intensity of the rut increases. Note the blood on the right G2 point, evidence of a fight earlier in the day.

I thought of your deer photography and the power of these animals that you capture. A large buck jumped onto my husband's car last week as he was crawling along at dusk near our home. The deer kept on going. The car had a harder time of it. He was surprised at the $5,000 price tag on the damage..I was not. But the deer was found to be responsible under our car insurance....It's a dangerous time to be on the road in deer country.. Michelle

Great captures Coy, and that last one is just perfect.

Thanks for your comments.

Powerful and amazing photos Salty. I love how you show us the wildlife in all their glory.

ANOTHER GREAT SERIES OF PHOTOS! I love that you catch the small details...I would have missed it for sure!