The people have a right to clean air, pure water, and the preservation of the natural, scenic, historic, and aesthetic values of the environment. Pennsylvania’s public natural resources are the common property of all the people, including generation yet to come. As trustees of these resources, the Commonwealth shall conserve and maintain them for the benefit of all the people
Article 1, Section 27 of the Pennsylvania Constitution 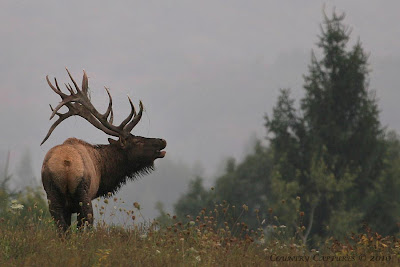 The Pennsylvania Game Commission is responsible for managing all of Pennsylvania’s game and wildlife, specifically the birds and mammals of the commonwealth for all citizens. Historically the commission has been financed primarily by hunters and trappers dollars. With hunting and trapping supporting the operation of the agency the focus of the agency has been on managing and protecting those species which are hunted and trapped and promoting the consumptive use of these populations.

While hunter numbers have been on the decline in Pennsylvania for many years, non-consumptive users of wildlife are growing in leaps and bounds.

A visit to the 2005 National Survey on Recreation and the Environment offers some interesting insight comparing the number of wildlife users from 1994-95 to those in 2000-01.
· Visits to Nature Centers grew 34%
· Viewing Wildlife up 55%
· Viewing Birds increased 31%

The study goes on to note that “watchable wildlife recreation overwhelmingly benefits rural communities, often at times of the year when other income sources are low”. The economic activity calculated to have been generated from non-consumptive uses of wildlife was estimated at $1.9 billion, slightly behind hunting which was estimated to have generated $2.2 billion.

Another interesting statistic from this report states that an estimated 1 million persons in Pennsylvania hunted, 1.2 million fished, while 3.8 million were estimated to participate in recreation wildlife viewing, feeding and photography during 2001.

Please note; in my experience hunters, fishermen, and wildlife viewers are not necessarily different persons. In many cases one person could be counted in all three categories. As and example I would like to point out that I hunt, fish, and also view wildlife. By doing so I support the Pa Fish& Boat commission with my fishing license and boat registration dollars, the Pa Game Commission by purchasing a hunting license while at the same time I am also a non-consumptive user pursuing my wildlife photography interest.

While hunting must remain as a tool for wildlife managers to control wildlife population and as a way to provide the public with consumptive outdoor recreational opportunities; it is time that the managers of the commonwealth’s wildlife manages the public lands and wildlife populations to better serve all of the citizens of the commonwealth. The focus of wildlife management must change to being one of providing a comprehensive outdoor experience upon our public lands instead of focusing primarily upon providing hunting opportunities with wildlife viewing/tourism as a sometimes unwelcome byproduct of the hunting industry.

I agree - "VERY" well said. Beautiful photo of the Elk too.