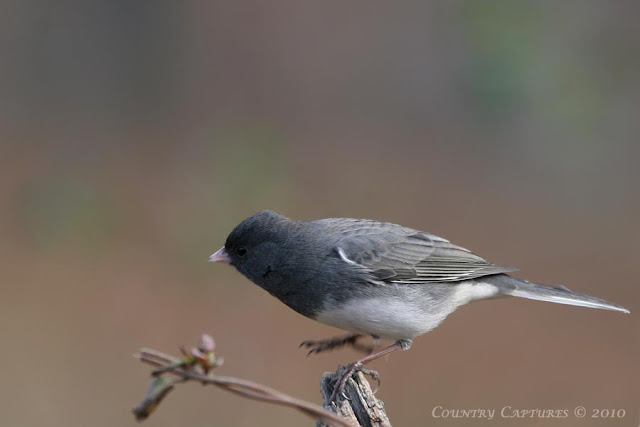 Bird action at the feeders is often frantic as most of you visiting here know so well.  Trying to catch birds in good portrait poses requires patience along with shooting many many frames, I usually shoot burst with the camera set on high-speed continuous which sometimes results in catching birds as they begin flight.  Here a Black-eyed Junco lifts one foot as it begins to take flight. 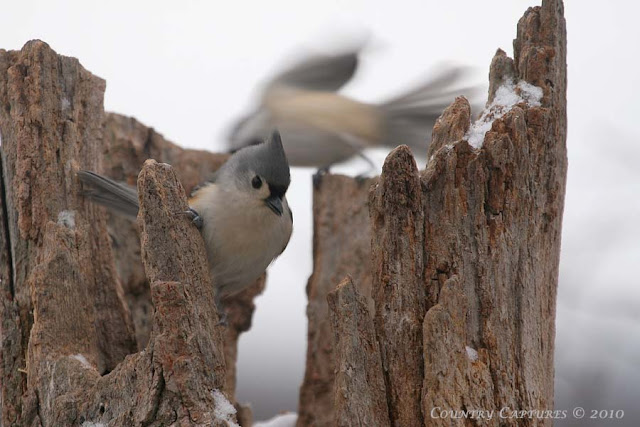 One Tufted Titmouse peers intently at the feeders as another seems to fall off its perch. 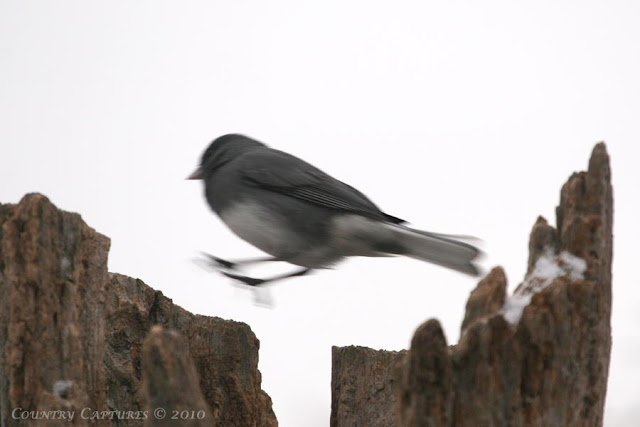 Email ThisBlogThis!Share to TwitterShare to FacebookShare to Pinterest
Labels: Bird

Those are great action photos Coy. I know how difficult it is to take decent photographs of birds perching, let alone flying. Well done!

Dark eyed Junco looks like. They seem to show up here when it snows and gets cold and they were in among the sparrows eating the sunflower chips and pieces.