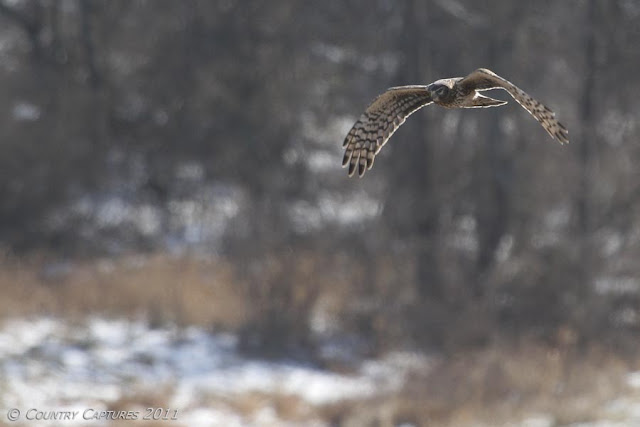 Sometimes I venture far afield looking for wildlife photo ops but this time the photo op came looking for me.  While preparing lunch Sunday I noticed a female Northern Harrier hunting over the adjoining farm.  I readied the camera in case she moved closer and soon was rewarded when she began hunting the meadow directly behind my home. 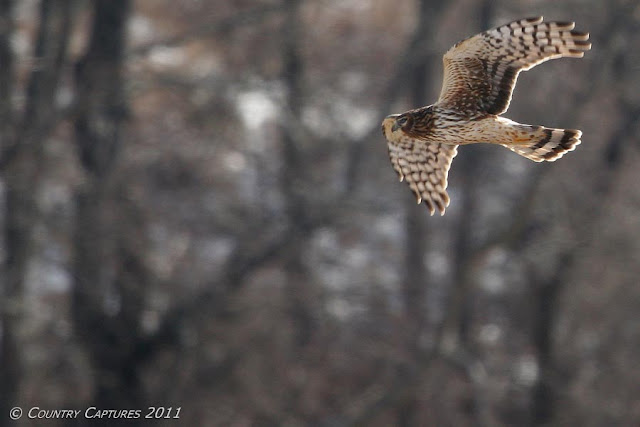 Northern Harriers fly slowly and close to the ground when hunting, sometimes within a foot or two of the tops of the grass.  This photograph caught the hawk as she rose in the air to make a turn.
The Cornell Lab of Ornithology lists my area as the southern edge of the Northern Harrier's breeding range but I cannot recall ever seeing one during the summer. During winter it is not uncommon to see these large owl-faced hawks gracefully swooping low the the ground. 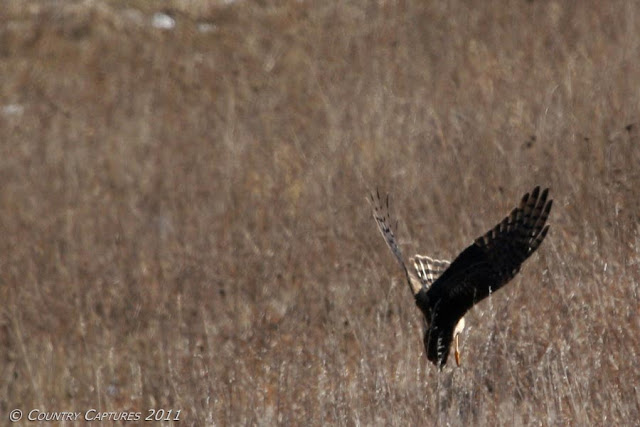 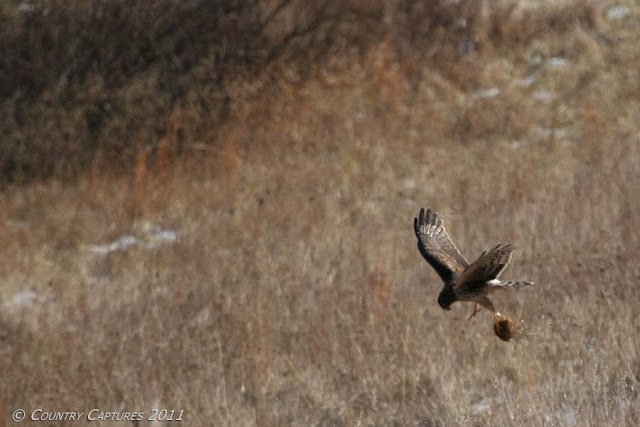 And rising a moment later with a vole nest clutched in her talons.  Take note of her head position; she is intently looking at the nest, not where she is going. 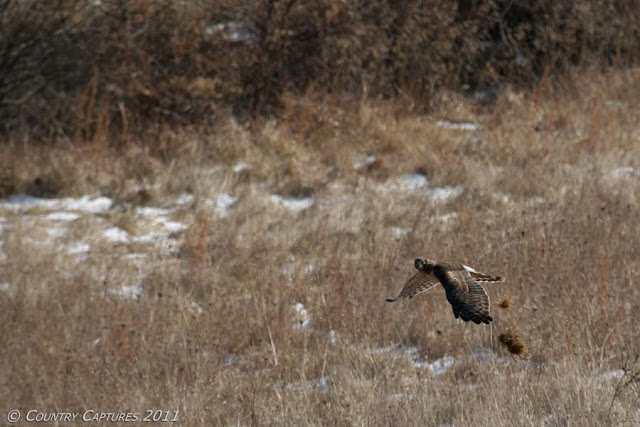 Apparently satisfied that the nest failed to contain her prey she is seen here dropping it as she continues her hunt.
These shots were taken hand-held at a distance of about one hundred yards and cropped heavily.
Posted by Coy Hill at 1/17/2011 07:05:00 PM

Cool series on the Harrier hunting.

That is a wonderful opportunity.We see them around here in summer,but that are hard to capture with the camera.
Blessings,Ruth

BEAUTIFUL captures ~ but then again... all your photos are! Thanks for sharing and have a great day!

Amazing. Owl-faced indeed, I would have taken it for an owl at first sight.

Great photos! I'd be very happy to have mine turn out this good! Thanks for sharing

what a great series of photos. I someday hope to be able to capture shots like this.

This is a nice action set! I love watching the raptor family and you sure captured this harrier well

Good series. It's always nice when the critters come to you.