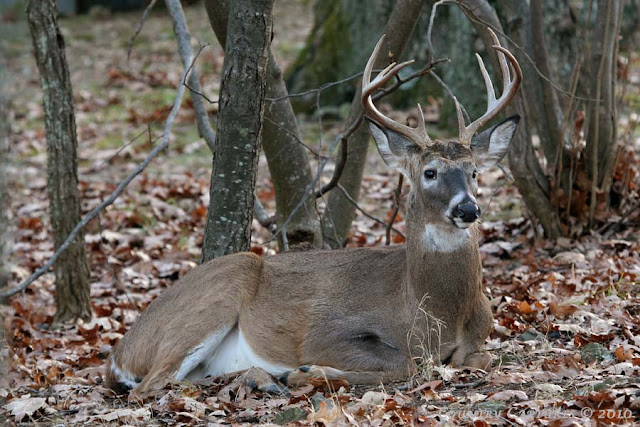 A white-tailed deer harvested in Allegany County, Maryland during November of 2010 tested positive for Chronic Wasting Disease (CWD). This is the first confirmed case in Maryland. CWD was found in Hampshire County, West Virginia in 2005 and by 2009 45 cases had been confirmed. There is no doubt that CWD is moving our way and it’s only a matter of time before Pennsylvania will have its first confirmed case of the dreaded disease.
CWD belongs to a family of diseases know as transmissible spongiform encephalopathies (TSE) caused by an abnormal form of a protein know as a prion. The symptoms are similar to scrapie in sheep and mad cow in cattle. All official web sites that I have visited state that there is no evidence that CWD affects humans while all caution those exposed to deer in contaminated areas take certain precautions.
The list of states and provinces where CWD has been detected continues to grow while many wildlife and agriculture departments have implemented plans and regulation in an attempt to limit the spread.
West Virginia DNR states that the disease does not cause and immediate widespread die-off of deer but if allowed to spread will cause long-term damage to the herd. It also notes that although the outcome of the disease is not known some have predicted it as a 30-50 year epidemic.
﻿ 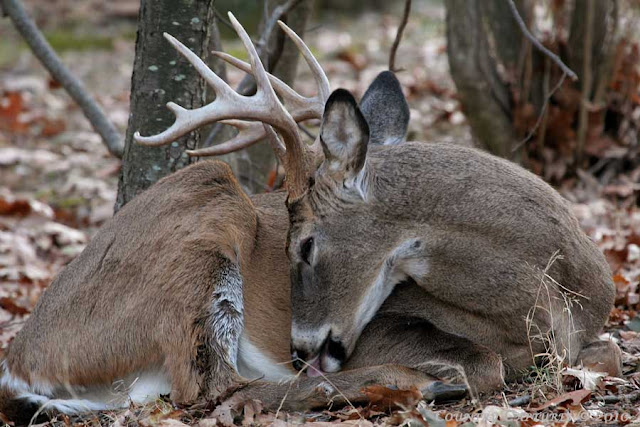 For more information on how the Pennsylvania intends to react click here to find the Chronic Wasting Response Plan. The plan is a framework to guide the state agencies as they attempt to monitor and control the spread of the disease.


I remember listening to retired Pennsylvania Game Protector Carl Jarrett recall the Game Commission’s reaction to a rabies epidemic early in his career possibly in the 1940’s. He told of how road killed deer were collected from across the state and processed into bait balls. A dose of poison was placed the bait which was then given to officers and employees. Their job was to saturation bait areas where rabies was thought to be present. This poisoning resulted in virtually all meat eating domestic and bird and wildlife exposed being killed in the attempt to eradicate rabies vector species.

During my time with the Commission we were once again faced with a rabies epidemic entering our state during the 1980’s. This time the actions taken were not nearly so extreme. Regulations were put in place requiring pet owners to vaccinate their pets. Other reasonable regulations and testing services were put in place to protect the public along with an awareness campaigns designed to teach the general public what to do in case they came in contact with a suspected rabid animal. The end result is that we have learned to live with rabies and wildlife population as well as humans have been affected very little; a much better response than the one that was tried during the earlier time.

I certainly hope that when CWD does enter our state that the governmental agencies will exercise appropriate restraint and not destroy our deer herd in their attempt to save it.

As some of you are aware the Pennsylvania Game Commission and the Unified Sportsmen of Pennsylvania have been embroiled in a dispute over the management of our white-tailed deer herd since the Commission changed the deer season structure to one of concurrent buck and doe hunting along with antler restrictions. The result of the change reduced deer numbers in many areas resulting in less agricultural crop damage, lower numbers of road kills and improved forest health while at the same time having a negative impact on hunter satisfaction.

I will not enter into the “Deer Wars” argument at this time but must point out that CWD and/or the reaction to it may make the current deer management dispute completely irrelevant.
Posted by Coy Hill at 2/16/2011 08:45:00 PM

A very timely and thoughtful posts!

CWR not only sounds like a devestating disease for our deer population but a real problem about how to deal with it in the event it arrives in our state. Let's hope it doesn't. If it does I hope you'll keep us educated, Coy.