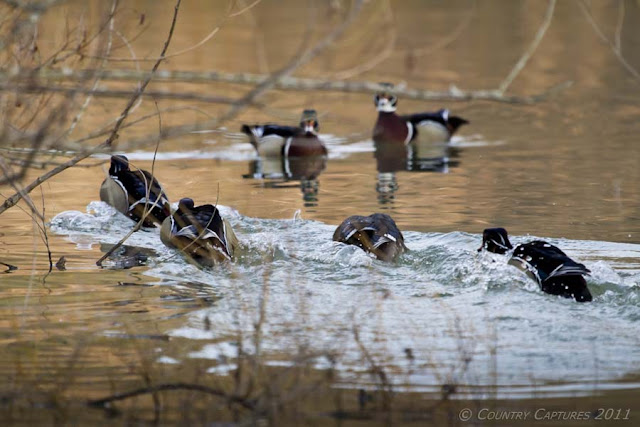 As I stated in the previous post a group of Wood Duck males were pursuing a single female.  The activity as furious at times during their pursuit. 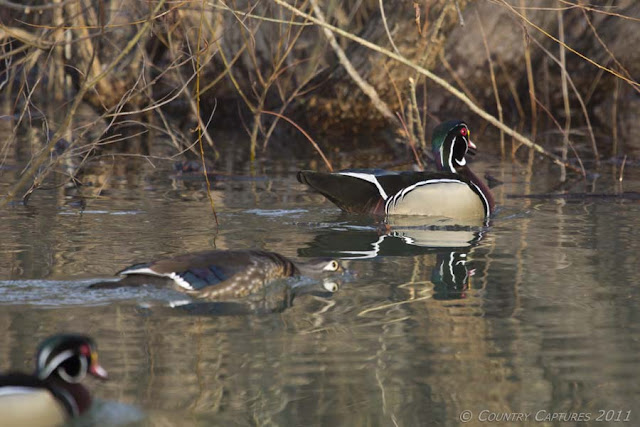 At times the hen would turn the tables and pursue one of the males. 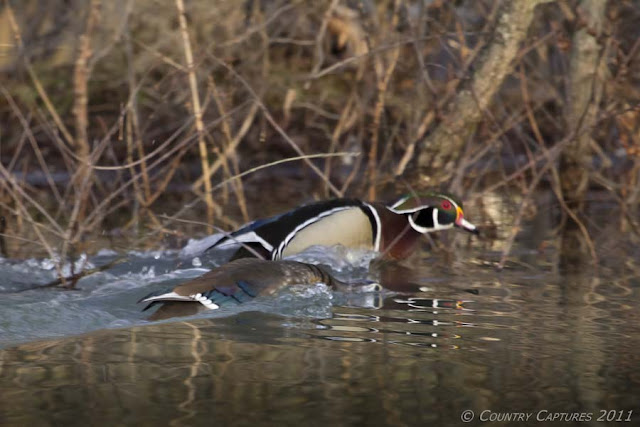 As she closes in on a suitor here with her head held low in the water he really gets the move on!  Check out the wakes they are creating. 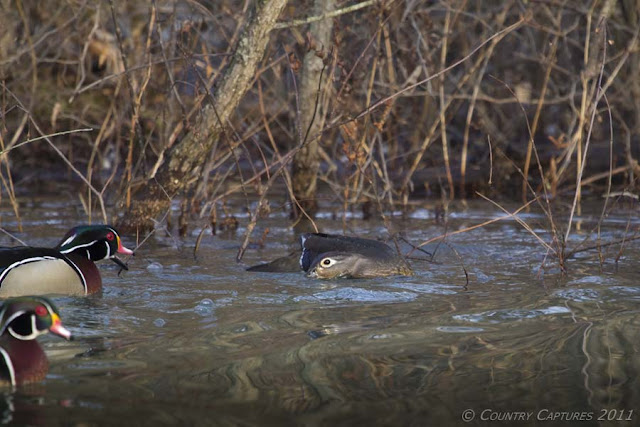 Satisfied that she had moved him a sufficient distance she then turned to face other males following behind.
Soon the entire flock moved to another part of the wetlands where they were no longer visible from my hide.  As the morning passed I could hear the whistling and splashing of the wood ducks but all opportunity for photographs had passed.
My next post will be of photos from a visit I made with Willard to the Middle Creek Waterfowl Management Area on Tuesday to photograph the waterfowl there with special emphasis on the thousands of Snow Geese stopping in on their trip north to their nesting grounds.
Posted by Coy Hill at 3/09/2011 06:38:00 PM

So much beauty all in one place.I never get tired of seeing the Woodies.

Wonderful images. The female in the last image looks as if she could be a troll coming out of the water.

You had a good day! These are wonderful shots!

Amazing! It's nice you had such a nice day for photos. I didn't realize the females would turn the tables on the males like that.

What an education! Thanks for the lesson in wood duck mating habits. Your photographs, as always, are splendid.

Great piece of behavioural action Coy. I watched a similar scenario between 6 male Mallard and one female yesterday and she definitely wasn't interested.