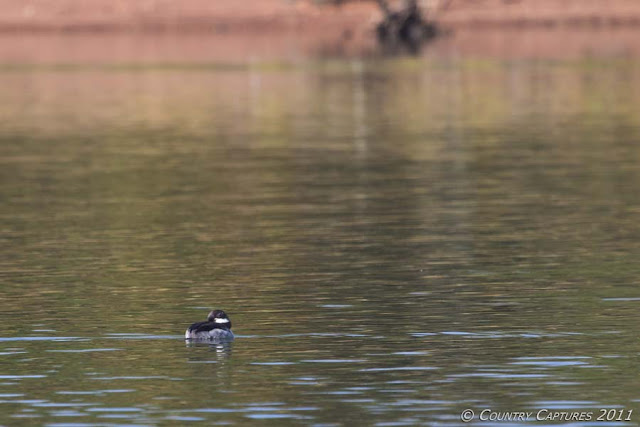 While fishing today with by good friend Paul I spotted a small lone duck some distance away.  After grabbing the camera we headed the boat its way.  Running at a fairly slow speed it took some time to close the distance.

Take notice of how the bufflehead has its bill tucked under its wing.  To those unaccustomed with the bufflehead's evasion tactics one would assume that it is resting but they would be dead wrong!  Look closer at the image and you can see a wake spreading to either side of the bird.  This bird, while giving the impression of sleeping, is in reality swimming away from me at a good rate of speed. 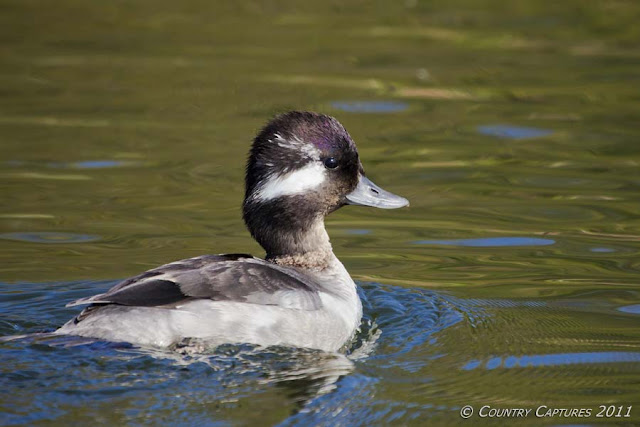 Although I first identified this bird from a distance as a hen I  realized as we drew nearer that it is an immature male beginning to transition into its adult plumage.  Take note of the iridescence above its eye and the white bar beginning to form at the top of what will be the white patch behind its eye.  Buffleheads usually flush before I am able to approach within good camera range but this individual amazingly allowed me to maneuver the boat to within thirty feet! 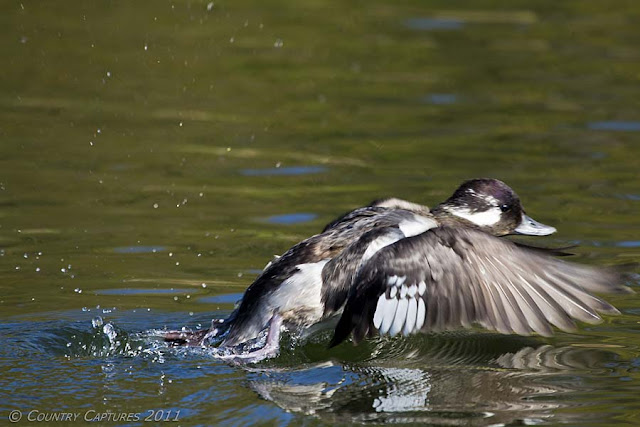 Finally enough was enough and he took to the wing only to fly a hundred yards or so before landing. 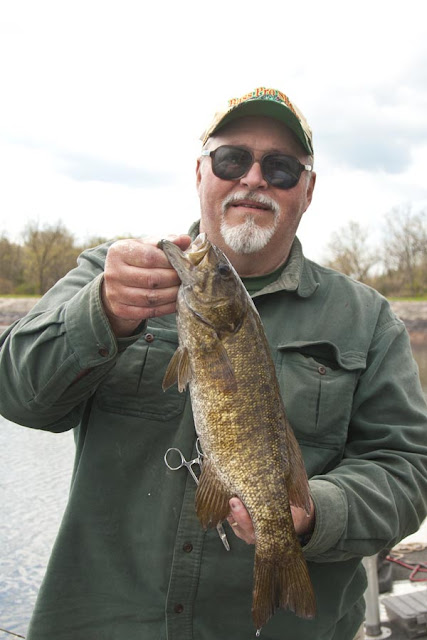 The Bufflehead photos were the prize of the day but the fishing wasn't bad either!  I kept this nice small mouth bass out of the water just long enough for Paul to make a quick snap before releasing it.  The bass were very aggressive today as they are in the early stages of the prespawn period when they are staking out their nesting territories.

Beautiful bird, but I love the color of the fish too. Good catch. :)

Pretty little bird. The fish is a nice catch!

Ducks are always so adorable...I love your pics!