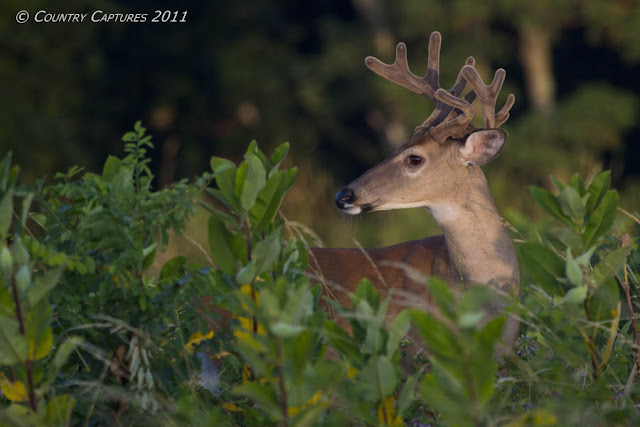 With previous plans to visit Shenandoah National Park stymied by my illness Willard and I were finally able to hit the road during this mornings.  Arriving at Big Meadows a few minutes before photographic light we began searching the meadows with binos hoping to locate a bachelor group of bucks.  Unsuccessful at out first stop we moved to the south end of the meadow were we located two nice bucks feeding along the ridge.  Soon more bucks began appearing from the woods and in short order we were in photographic heaven; surrounded by seven adult bucks of varying sizes in great morning light.
I will be posting more of these bucks in coming posts but for today's post I chose a shot of the buck carrying the most unusual antlers. 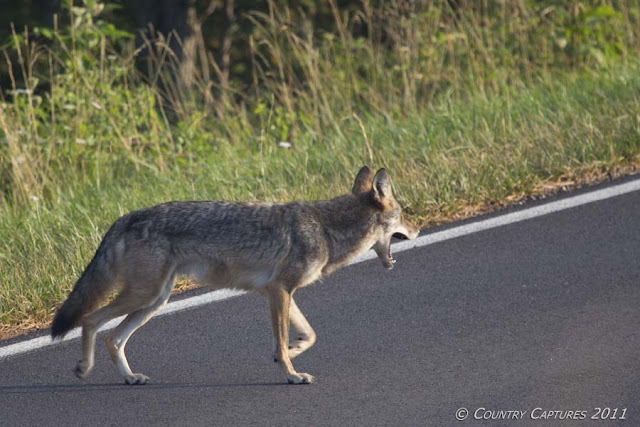 As the sun warmed the landscape the bucks headed for cover.  Retuning towards the car I was looking at where I was placing my feet when Willard hissed "look there!"  Setting the camera down using the tripod as a monopod I snapped my first ever photograph of a coyote.
Getting a shot at a coyote was certainly an adrenalin rush but the background left a lot to be desired.  We watched as the coyote trotted up the asphalt road out of sight, never giving a worthwhile photo. 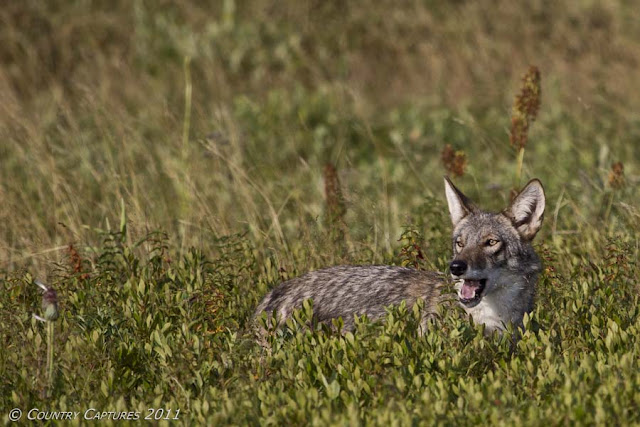 Driving in the direction the coyote had gone we soon relocated it far out into the meadow where it was being worked by three photographers.  Not wanting to be left out we grabbed out equipment and casually approached in a manner so as not the alarm the animal. 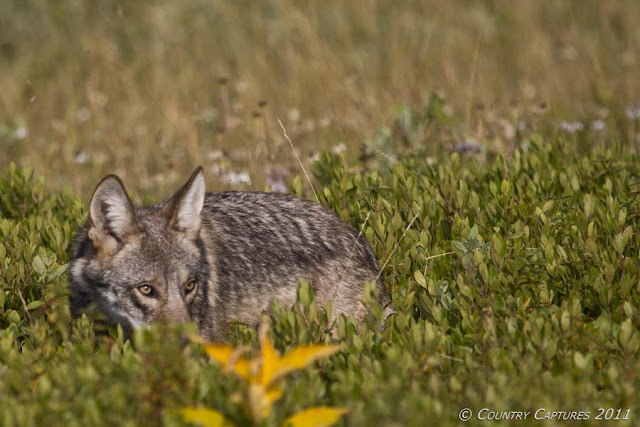 The coyote had found food to its liking and was busy feeding; totally unconcerned by the now group of five photographers photographing its every move.  It soon became apparent that all of the photographers present knew how to work acclimated wildlife properly as no one made any quick furtive moves, no one pressed the animal, or made a direct approach as they moved to close the distance or get a better lighting angle. 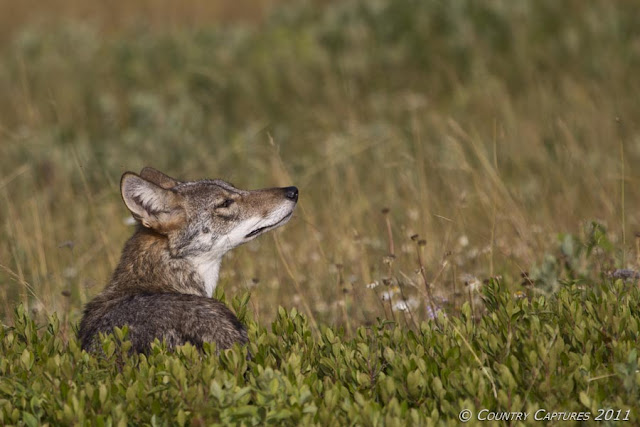 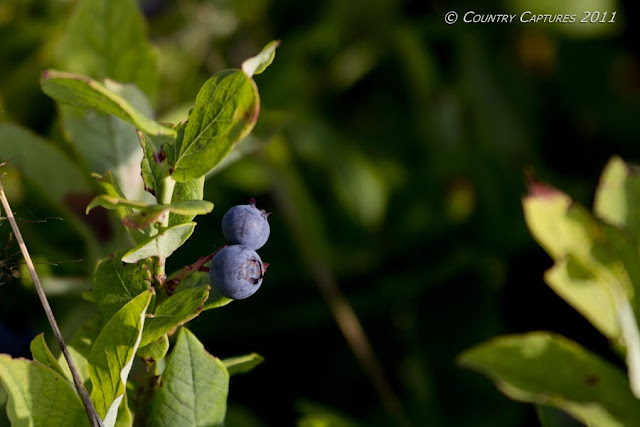 What was the coyote feeding on?  Blueberries!  Although the whitetails feeding in the meadow were alarmed by its presence the coyote exhibited absolutely no interest in them.  Instead it spent over one half an hour feeding on blueberries and only occasionally pausing to lift its head momentarily checking its surroundings.  It was during these head lifts that shutters all around me could be heard burst firing at a frantic pace as all of the photographers tried to capture that one special moment when the beautiful wild animal would look its absolute best.
I will be sharing more of this amazingly productive morning in upcoming post.
Posted by Coy Hill at 8/04/2011 08:06:00 PM

Majestic image of the buck. Great shots and story how you shot the Coyote. The last image reminds me I have not had my ice cream with blueberries this evening.

How wonderful! These shots are exquisite. I so look forward to the ones to come.

Wonderful shots of the coyote!

Well done! Your first ever shots of a coyote are excellent, as is the shot of the deer. I think though that I like the blueberry shot the best.

Wonderful encounter with a perfect photo subject. We can't get even reasonably close to a coyote here - they get shot at. Your whole post is really nice.

One of these day's I'm gonna get down to the place where you've been. Seems like there are lot's of animals for the camera. Would love to capture a coyote for myself on the Pentax. A real nice Post, Coy.

I loved your story Coy! Congrats on your coyote session! Wonderful up-close photos! The lighting was magic!

Terrific Coyote photos Coy, anxious to see your next post.

The second and fourth image of the coyote are my favorite in this series.

Great shots, Coy! I think it's wonderful that you and Willard enjoy the same hobby and that both of you are such fine photographers.

Another magical wildlife encounter with the coyote. Super shots Coy.

LOVE the shot of the coyote with his nose down in the grasses. shows his sly eyes. gorgeous!

Such patience! But how worthwhile to see the coyote. How cool that all the photographers were so considerate of one another and of the wildlife.