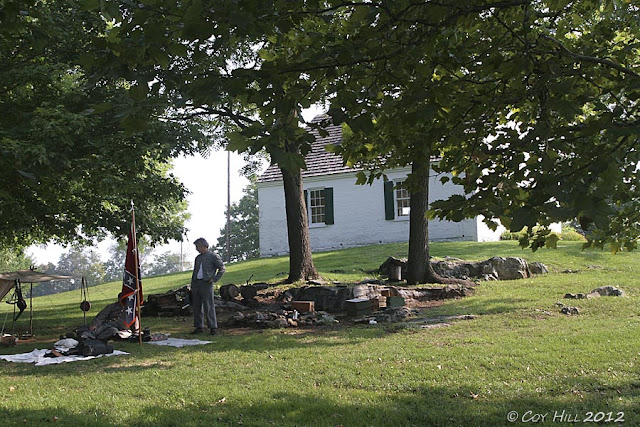 One hundred and fifty years ago today two great armies met near the sleepy little town of Sharpsburg, Maryland. The American Civil War had seen its share of horrific battles but none to compare to what was to follow on this fateful September day. By days end over 3,000 were dead with about 23,000 total causalities, the single bloodiest day in American history. Although it wasn't a victory for either army it did staunch Lee's invasion of the north and gave President Lincoln the political capital to issue the Emancipation Proclamation, clearly defining the war as a struggle over the issue of slavery.

The Battle of Antietam also was a significant landmark for photography. For the very first time an American battlefield was photographed while the human carnage remained on the field. Photographer Alexander Gardner and his assistant arrived at Antietam just two days after the battle, and set about documenting the aftermath of that incredibly horrible day. For the first time in history images of a battle scene were recorded as they actually were.  How fitting it was that it happened on the battlefield that remains the bloodiest day in American history.

Email ThisBlogThis!Share to TwitterShare to FacebookShare to Pinterest
Labels: Antietam

A sad day for our country. Hopefully we'll never again see a civil war or any war on our soil.

That was a sad day indeed. Hope there's never another war here.

We were there a few years back. Yesterday we saw an excellent production about Antietam on the History Channel. Nice image.

I always wondered what the photographers felt as they were taking those pictures.