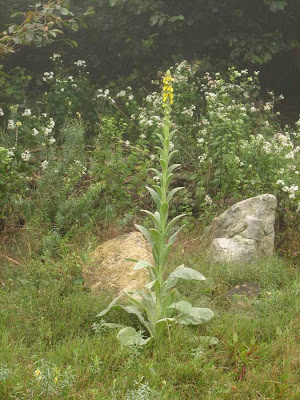 The stately Mullen, considered a weed by many, stands with its flower spike erect. It has been used as a medicinal plant in the past for the treatment of many ailments. Native Americans are reported to have used its large leaves as bandages. 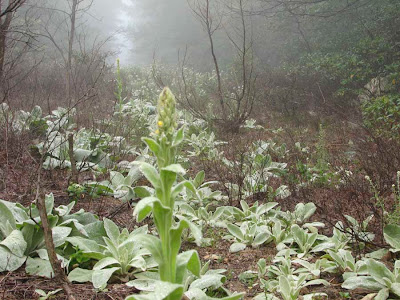 This photo show a large group of first year plants with a few second year plants mixed in.

As is frequently said, Beauty is in the eye of the Beholder. While many see the Mullen as a noxious weed I see it as one more beautiful plant in this wondrous creation that we have the privilege to spend our few years in.

Thanks for the wider view. A lot of weeds are beautiful. Actually what makes a weed a weed? Thanks for sharing a part of God's creation.

Beauty in the eye of the beholder indeed. I have many shots of "weeds" that rival any domestic flowers in terms of beauty. I think their wildness has somethng to do with that.