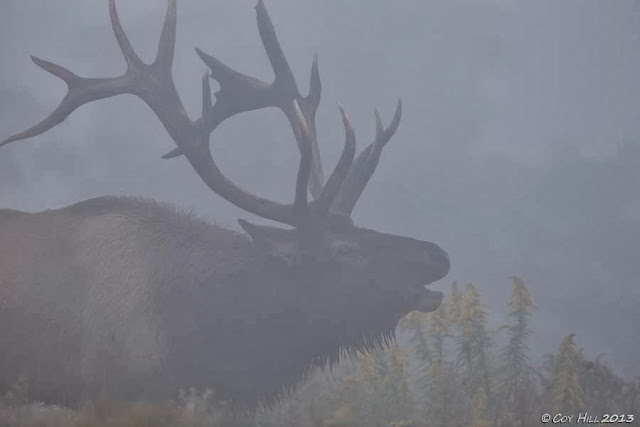 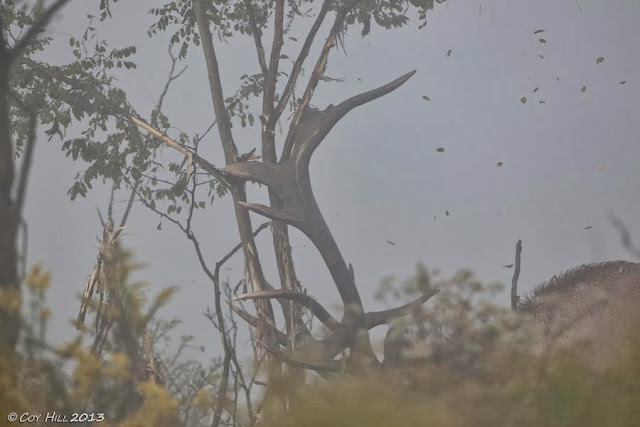 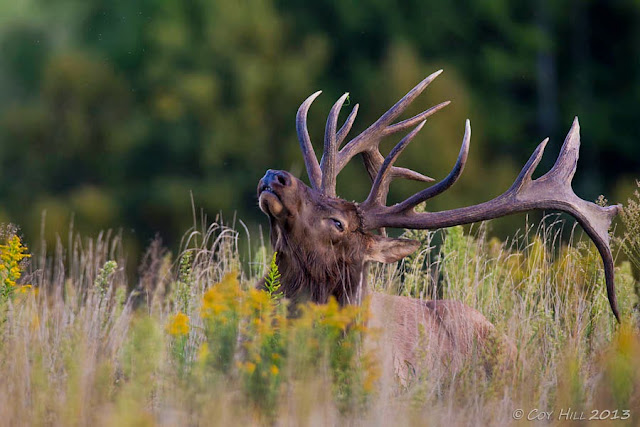 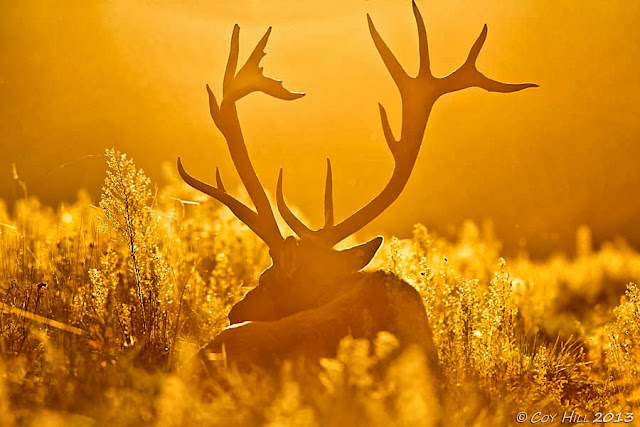 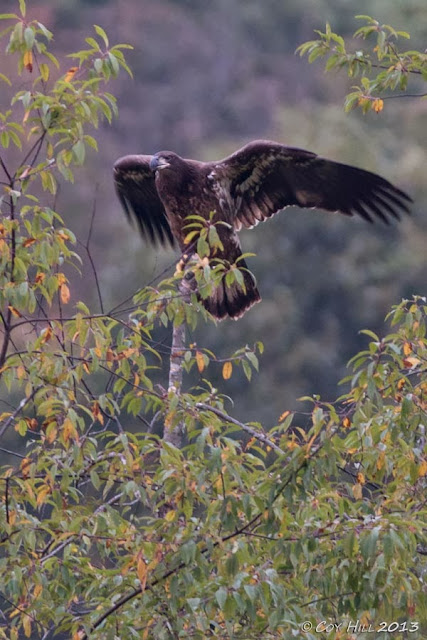 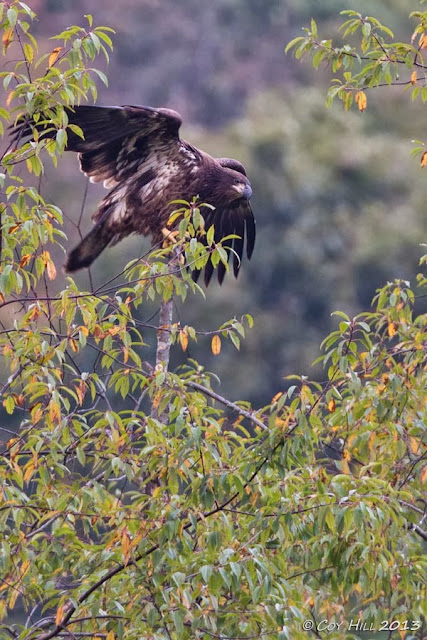 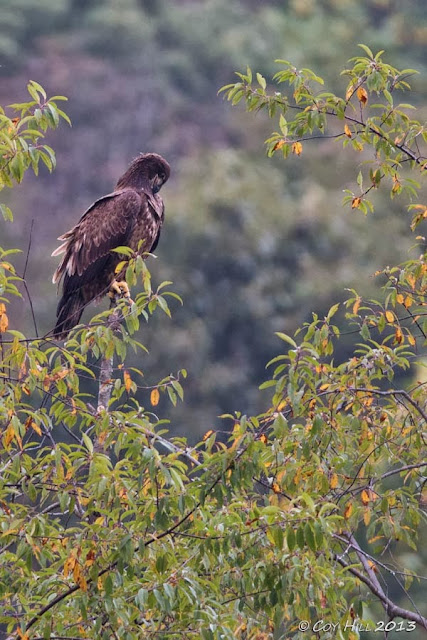 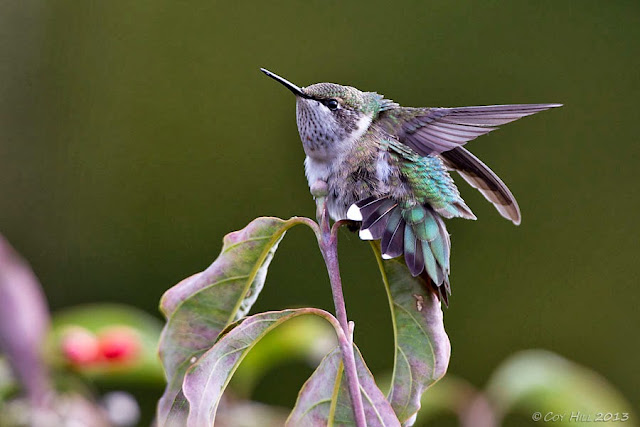 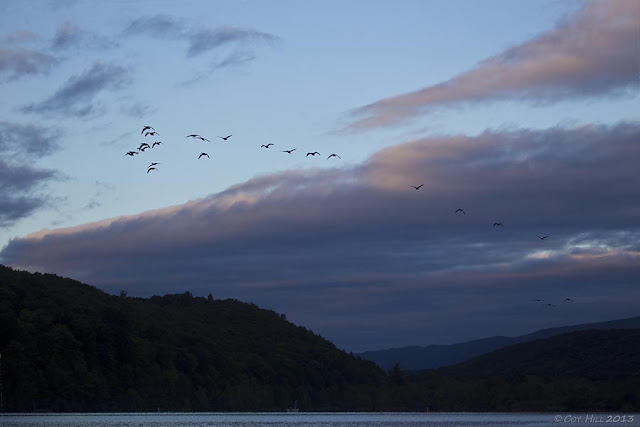 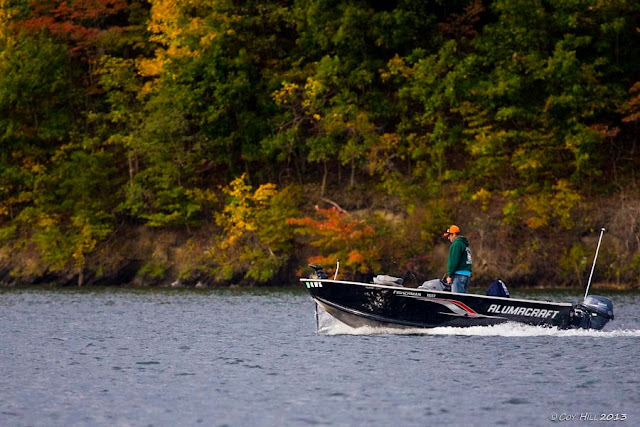 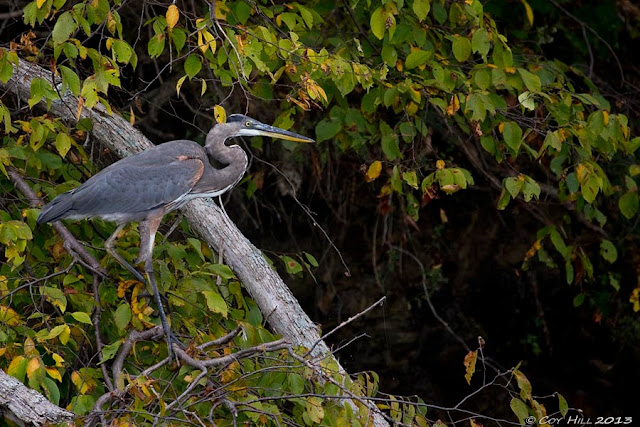 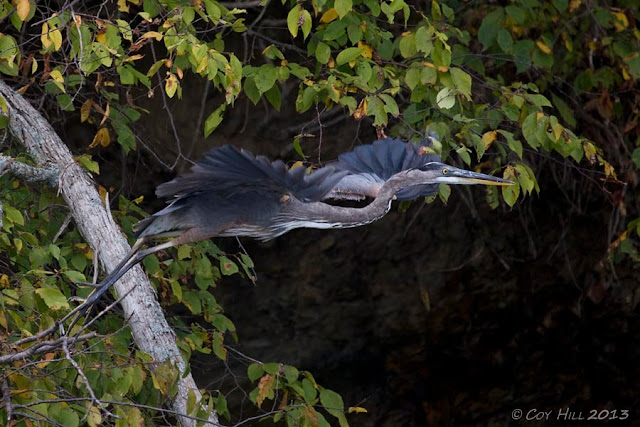 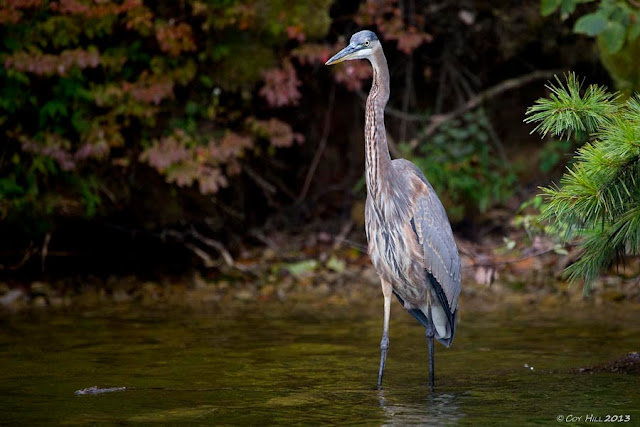 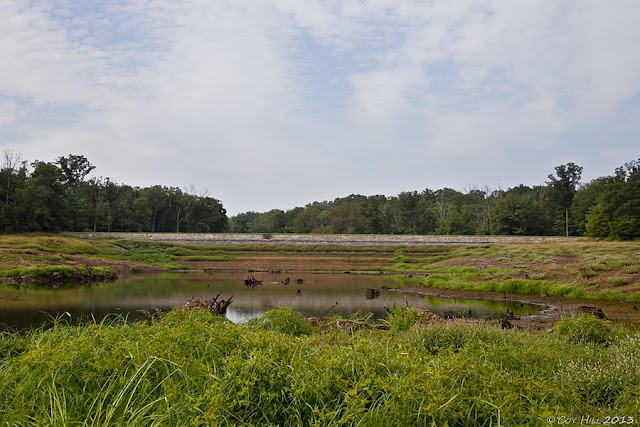 It has been a while since I have shared photos of the drained lake.  This photo was taken from near the end of the shallow pool left as a catch basin facing the dam breast wall. 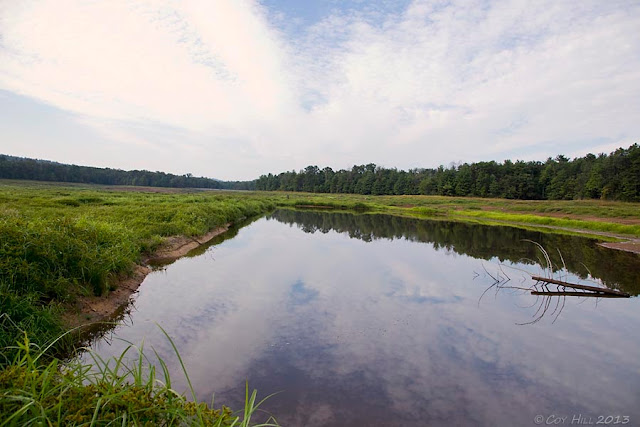 On the western side across from the former boat dock a shallow pool still exists.  It appears that it is only a few inches deep. 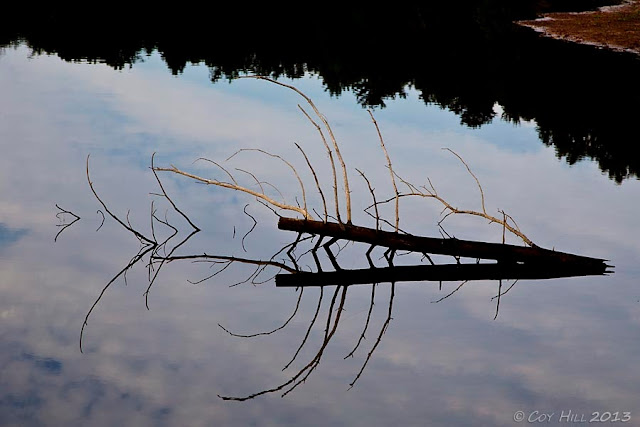 I didn't see any wildlife utilizing the pool but it did make a nice reflection shot. 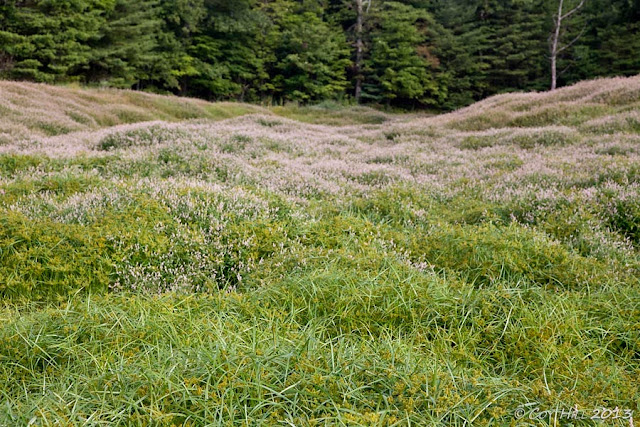 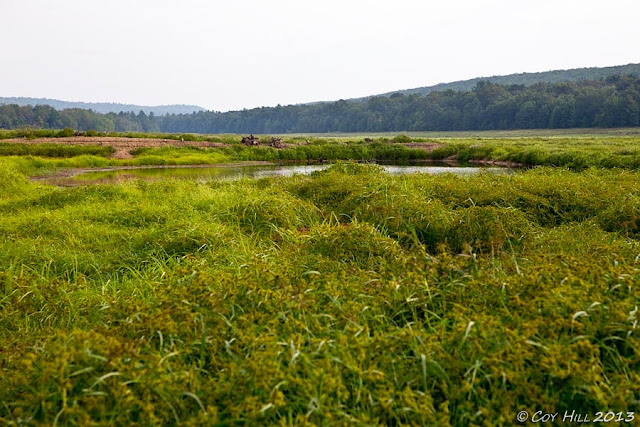 A view of a small pool 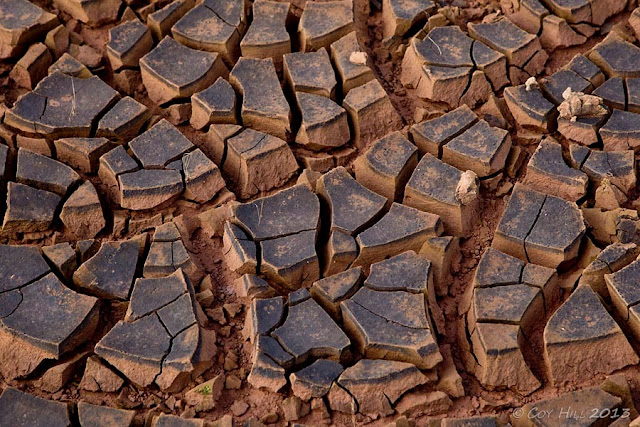 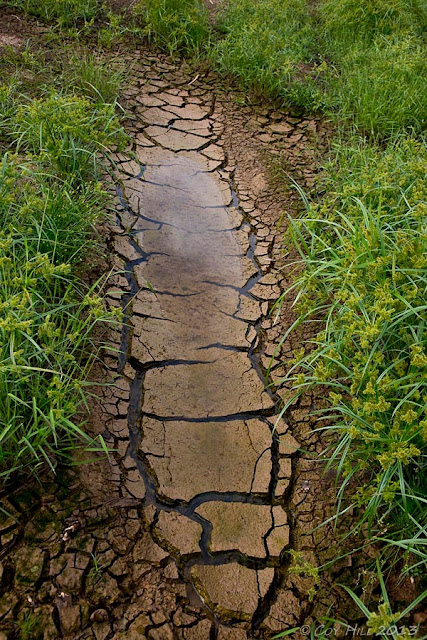 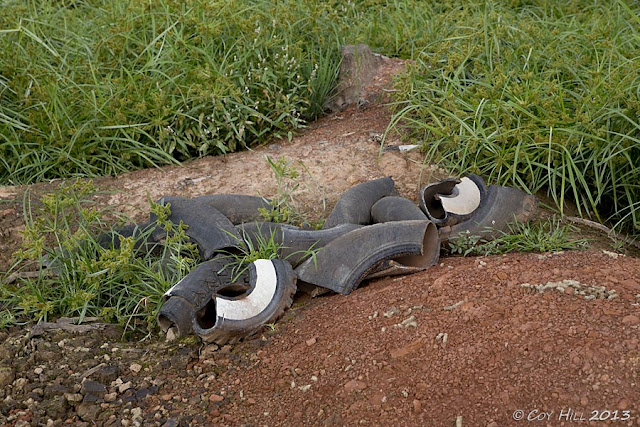 It appears that someone cut tires into sections and dropped them into the lake to improve fish habitat.  It has been a few decades since wide whitewall tires were popular which would lead me to believe that these tires have been here for quite some time.  They were in 20+ feet of water which protected them from damaging UV rays.

With SB680 stalled in the Pa House transportation committee; hope of the lake being repaired and refilled anytime soon is doubtful.

Raystown in the Fog 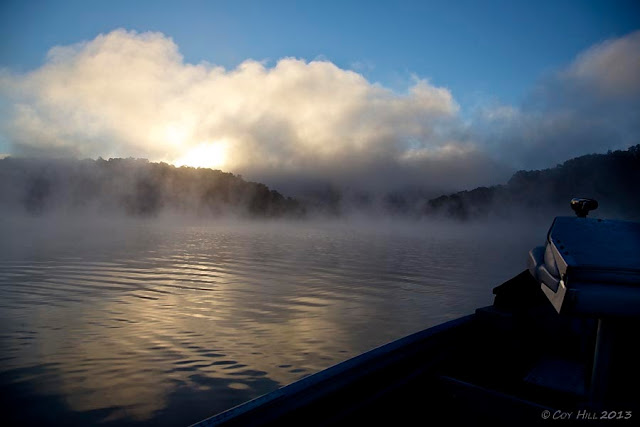 I awoke Saturday morning to a chilly 49 degrees at my house.  With plans to spend the morning on Raystown Lake I expected the warm lake to be blanketed in fog.  Arriving at the lake at sunup I was not disappointed. 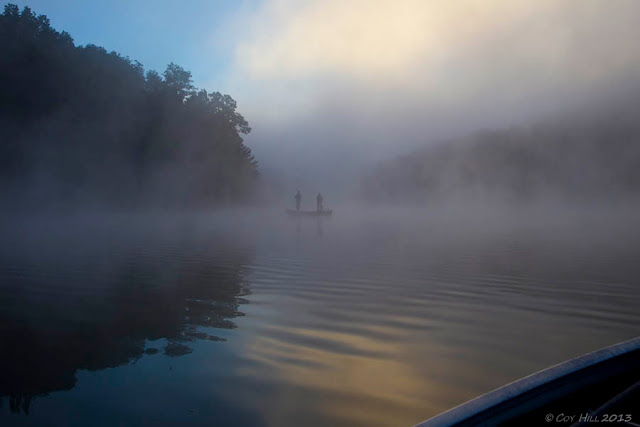 From the number of fishing boats hugging the shoreline it appeared that a bass tournament was underway.  Personally I never fish tournaments for I find no need to compete or gamble to make my time outdoors fulfilling. 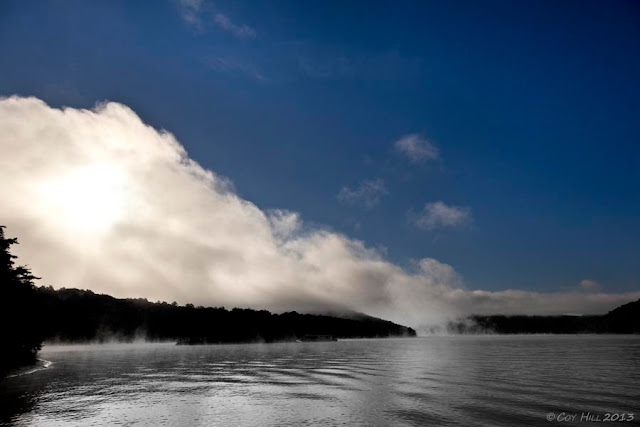 Regardless of whether one was fishing for fun, competing in a tournament, or out photographing the scenery it was a beautiful morning on the water.

With the last wisp of fog dissipating, the lake, bathed in early morning sunlight, was stunningly beautiful under a crisp clear sky.

Colors of the Season 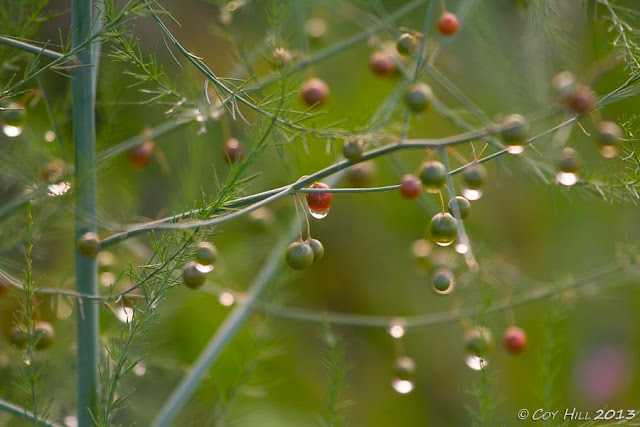 As summer winds down more colors are becoming evident besides that of flowers.  A roadside asparagus plant shows off its colorful fruits bejeweled by water drops. 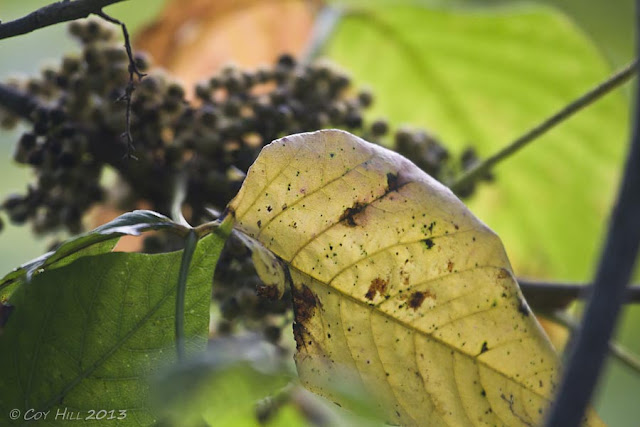 Poison Ivy leaves are changing colors and some have already fallen.  The ivy seed pods seen here in the background are favored food of many bird species. 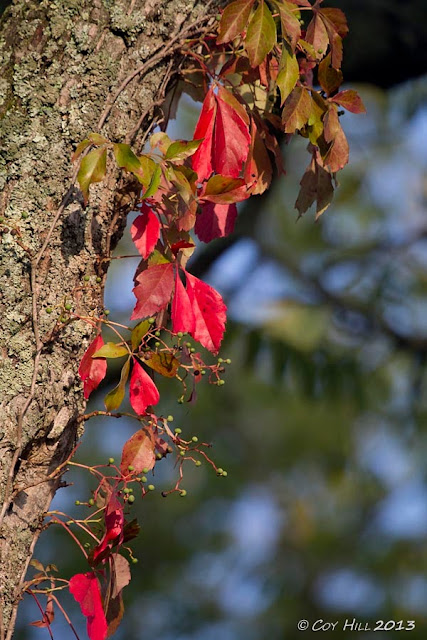 Virginia Creeper is one of our earliest plants to change into its autumn color.   It's crimson red color is easy to spot now while most other plants remain green.
While autumn is nearly three weeks away by the calendar, the seasonal change in nature is occurring every day now.