After spotting the fox den in one of our hay meadows last Sunday morning and photographing them from long range in the afternoon I had no more sightings of the family.  Willard was able to video them from long range on Monday but the foxes failed to appear the remainder of the week.  Foxes are reportedly quick to move their family if they feel threatened and I was beginning to believe that this was the case.
With that in mind, yesterday morning with the intention of using my truck for a blind, I parked about one hundred yards from the den just as the day began to break.  As the sky lightened the spring bird chorus filled the air, Canada geese and whitetail deer arrived in the meadow to feed, but no sign of activity around the fox den could be seen.
As the sun began to touch the treetops on a distant hillside I spotted what I though was a squirrel race from the edge of the woods into a grassy opening and back again into the woods.  A few minutes later it happened again.  Since this didn't seem consistent with squirrel movement and what I was seeing was some 300-350 yards distant I trained the binoculars on the area to get a better view.  Imagine my surprise when in a moment I spotted a little fox pup racing into the meadow to join other pups already there! 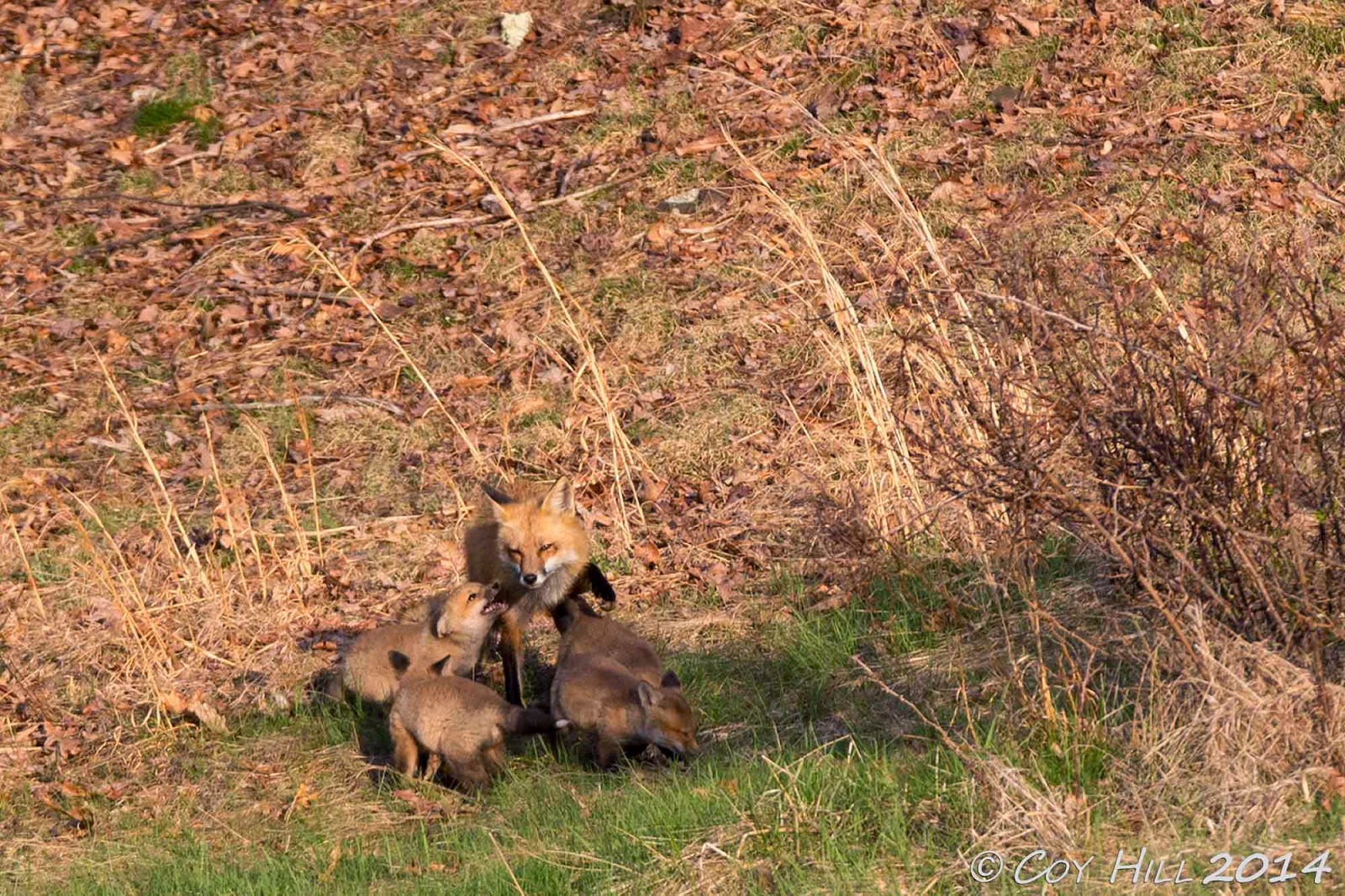 At that distance photography was out of the question so I knew I must move closer.  Hoping that the truck would be less alarming than a human form I drove from the hay field into the pasture that adjoined the woods where their new den is located.  From about 125 yards I was able to photograph the pups with one of the adults.  At that distance neither adult seemed to care about my truck as long as I stayed inside. 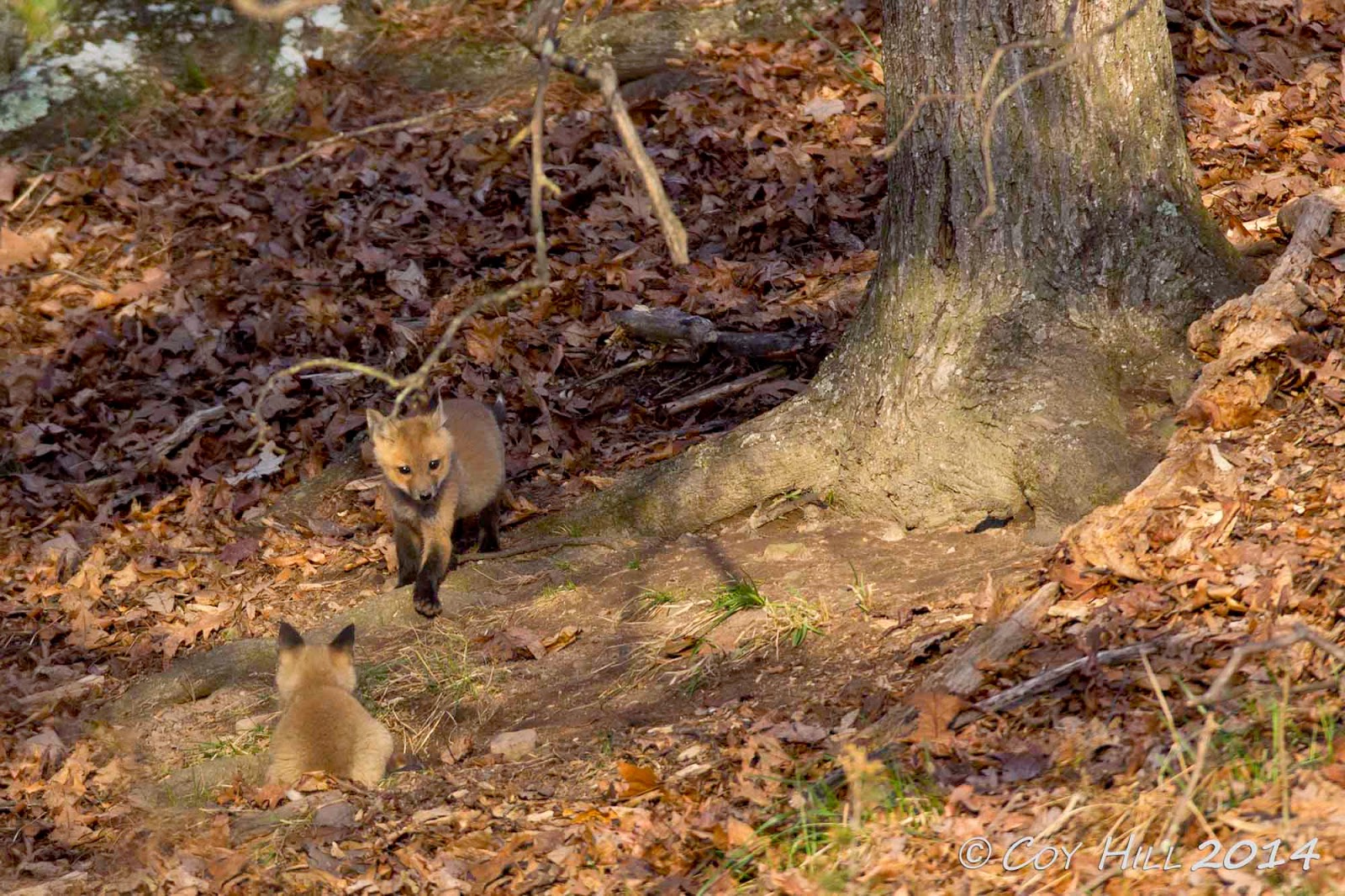 After photographing from that position for 15 minutes or so I decided to make one more move in hopes of getting even better photographs and this time moved the truck within about 50-60 yards of the den.  This was too close for the adults as they slowly moved away into the woodlands and all but two of the pups went into the den. 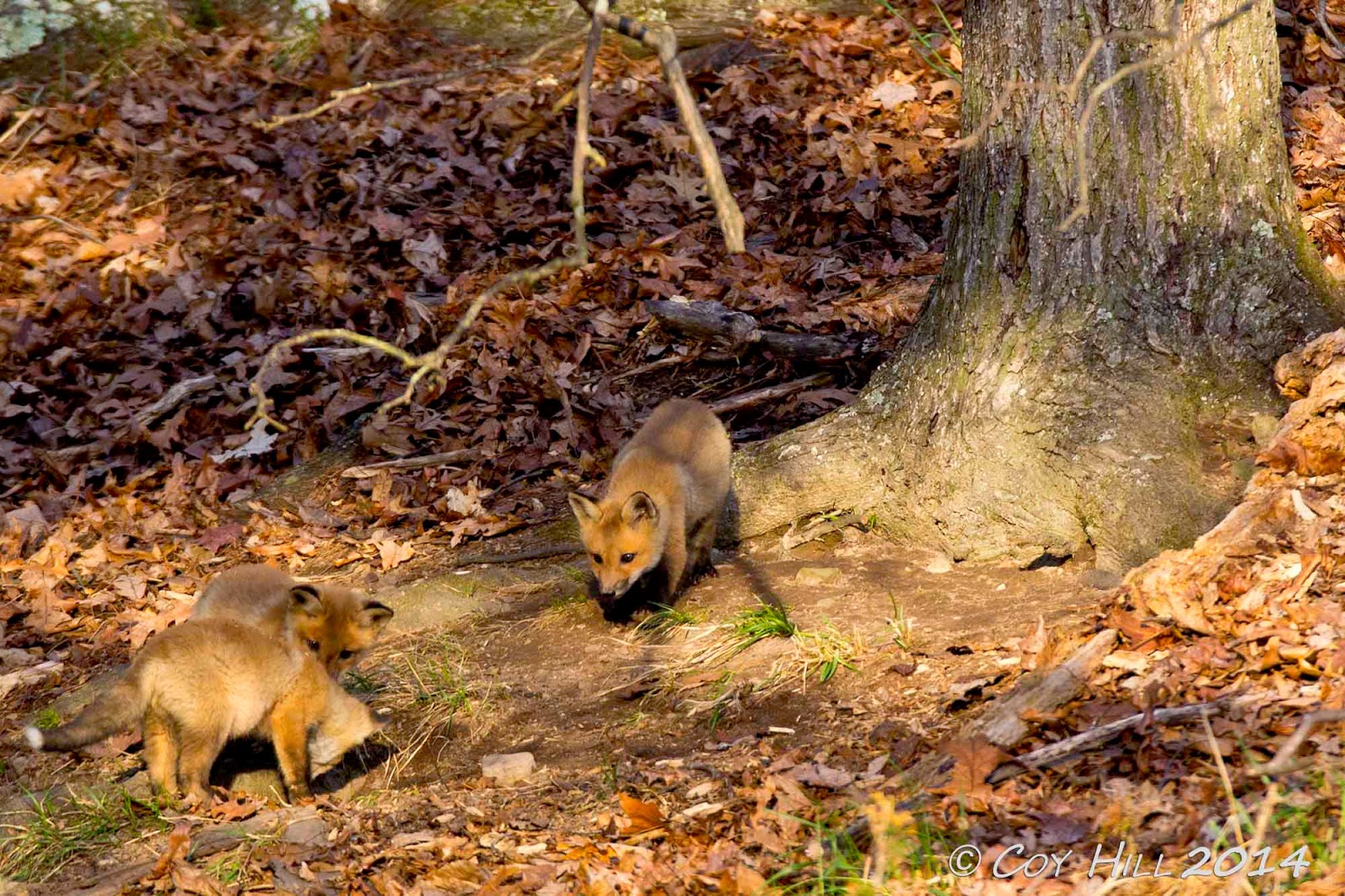 However only a few minutes elapsed until another pup reappeared. 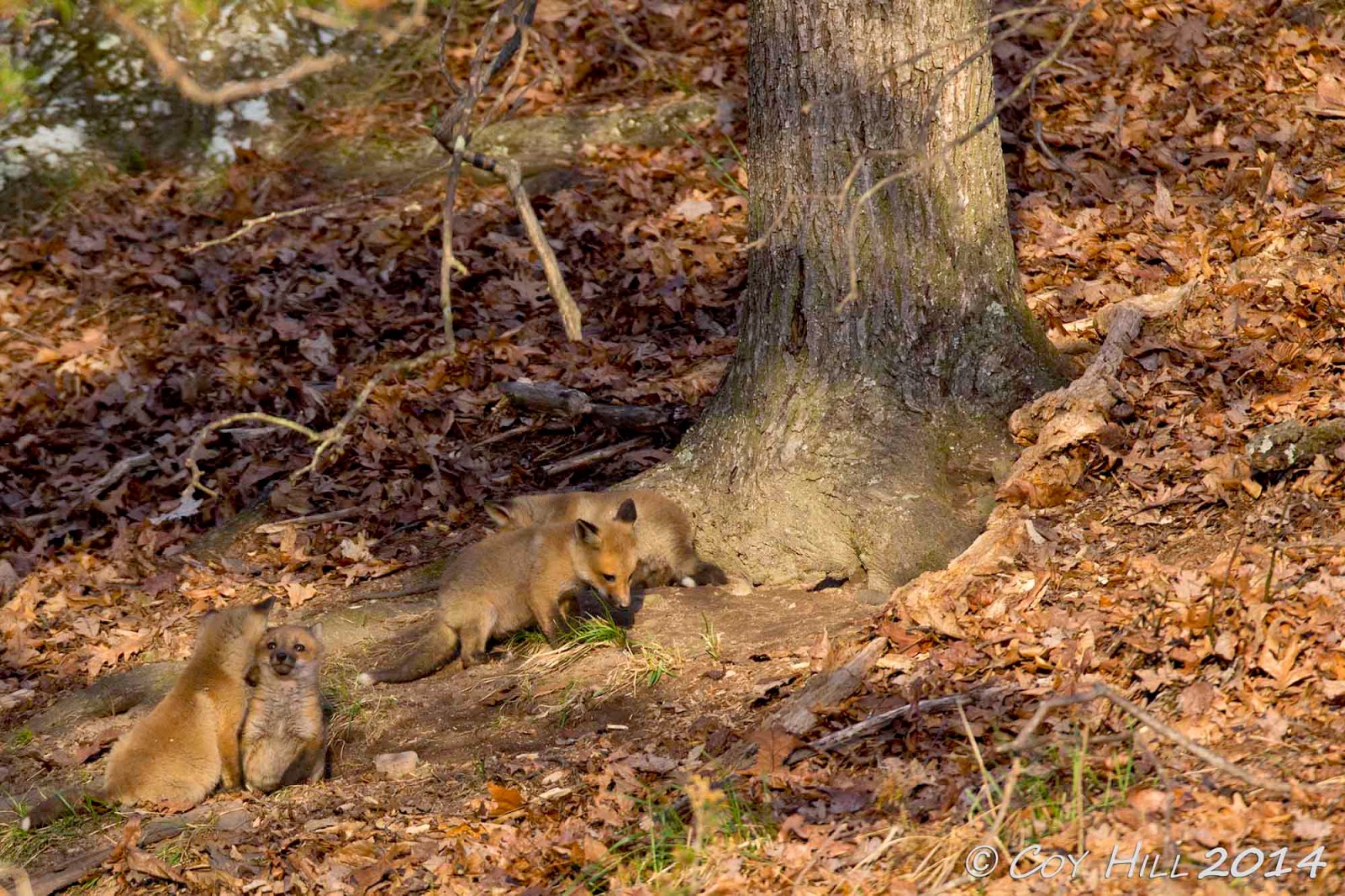 And soon others began surfacing as the pups resumed their rough-house playing oblivious to my presence. 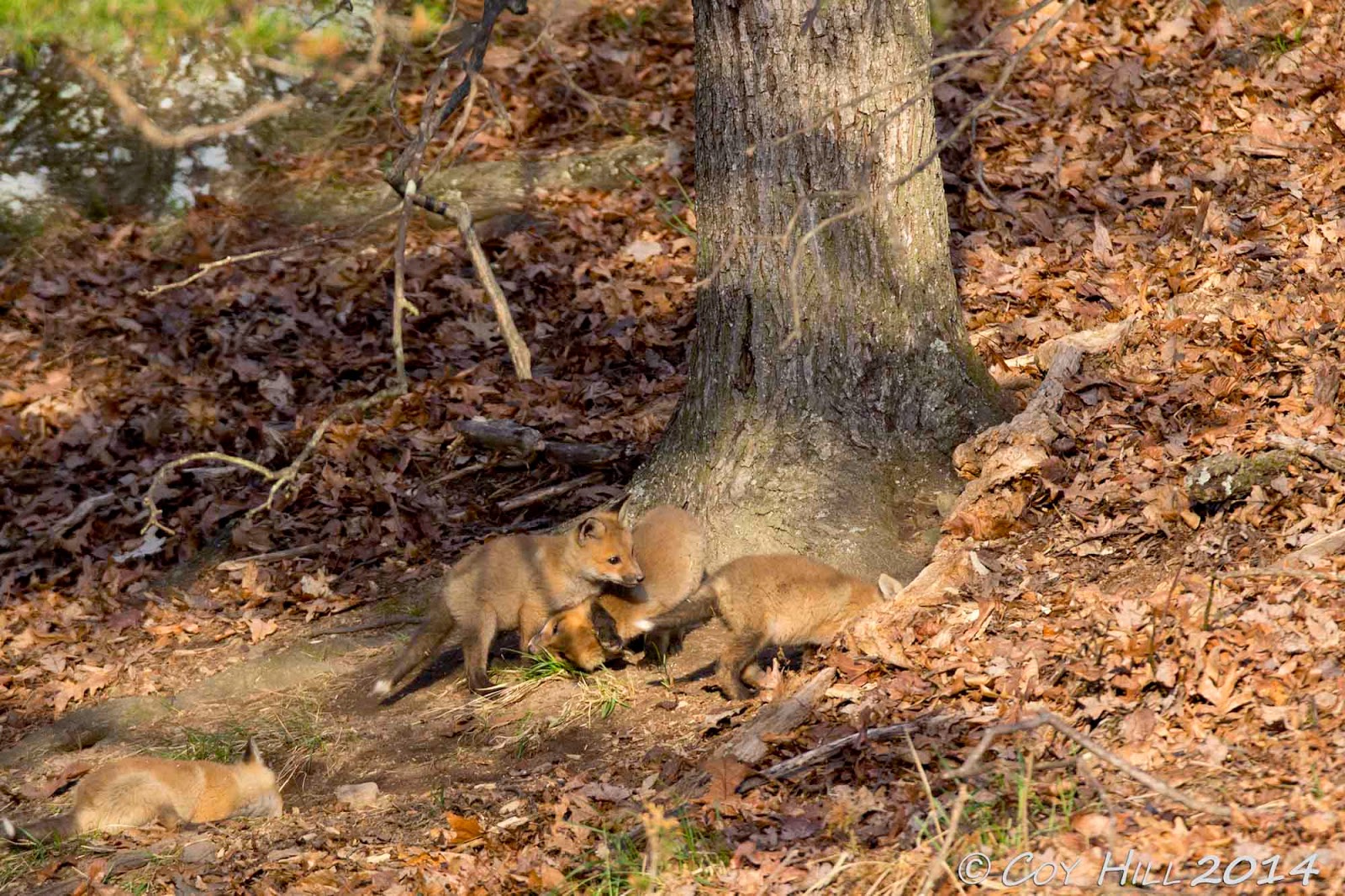 Watching these little foxes play reminded me of how much animal babies are alike for their play was very similar to that of domestic pups and kittens. 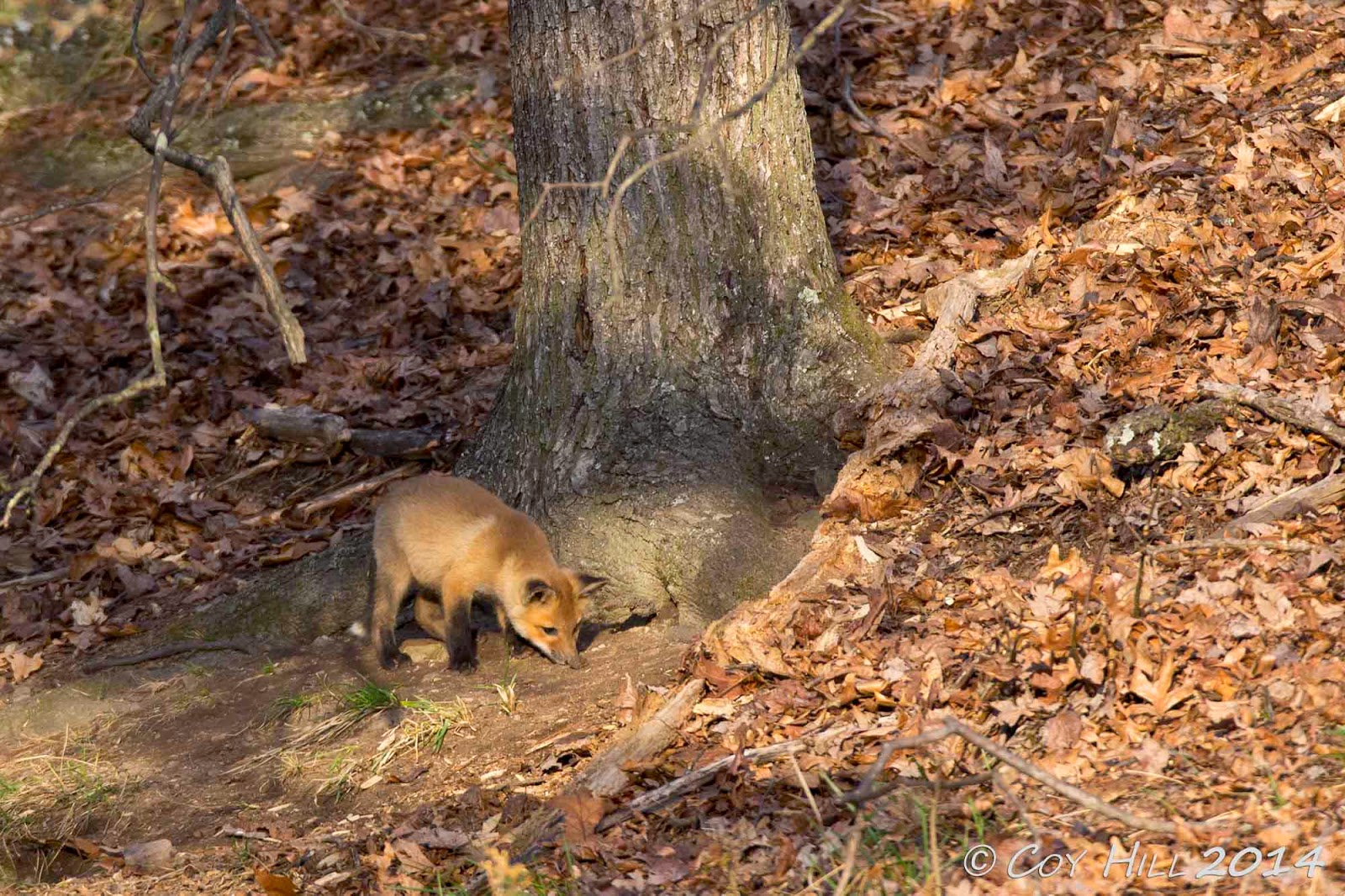 Sadly I had very little time to spend with the pups until other obligations called me away.  When I hit the truck starter the pups disappeared into their burrow moving with near lightening speed. 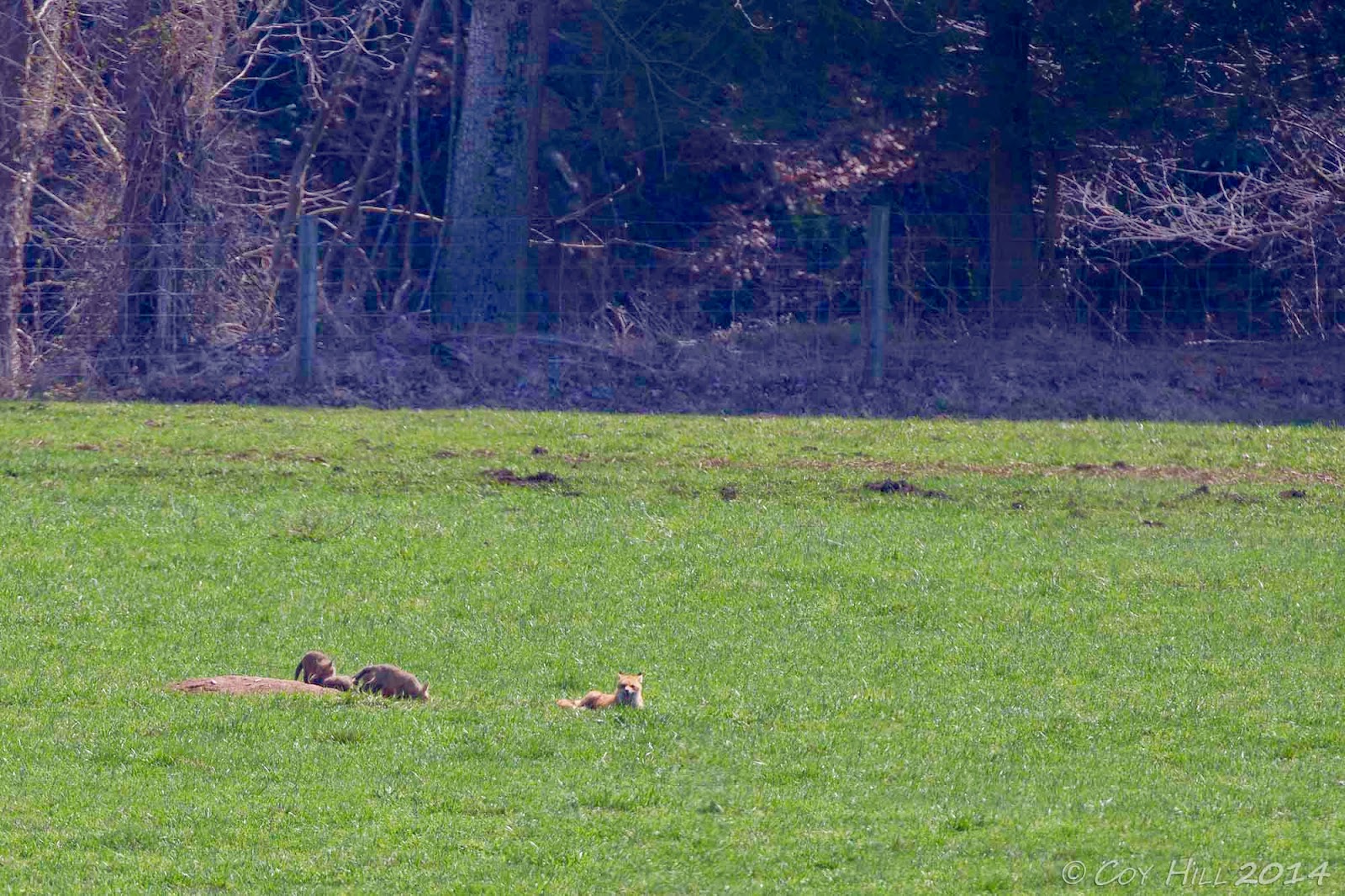 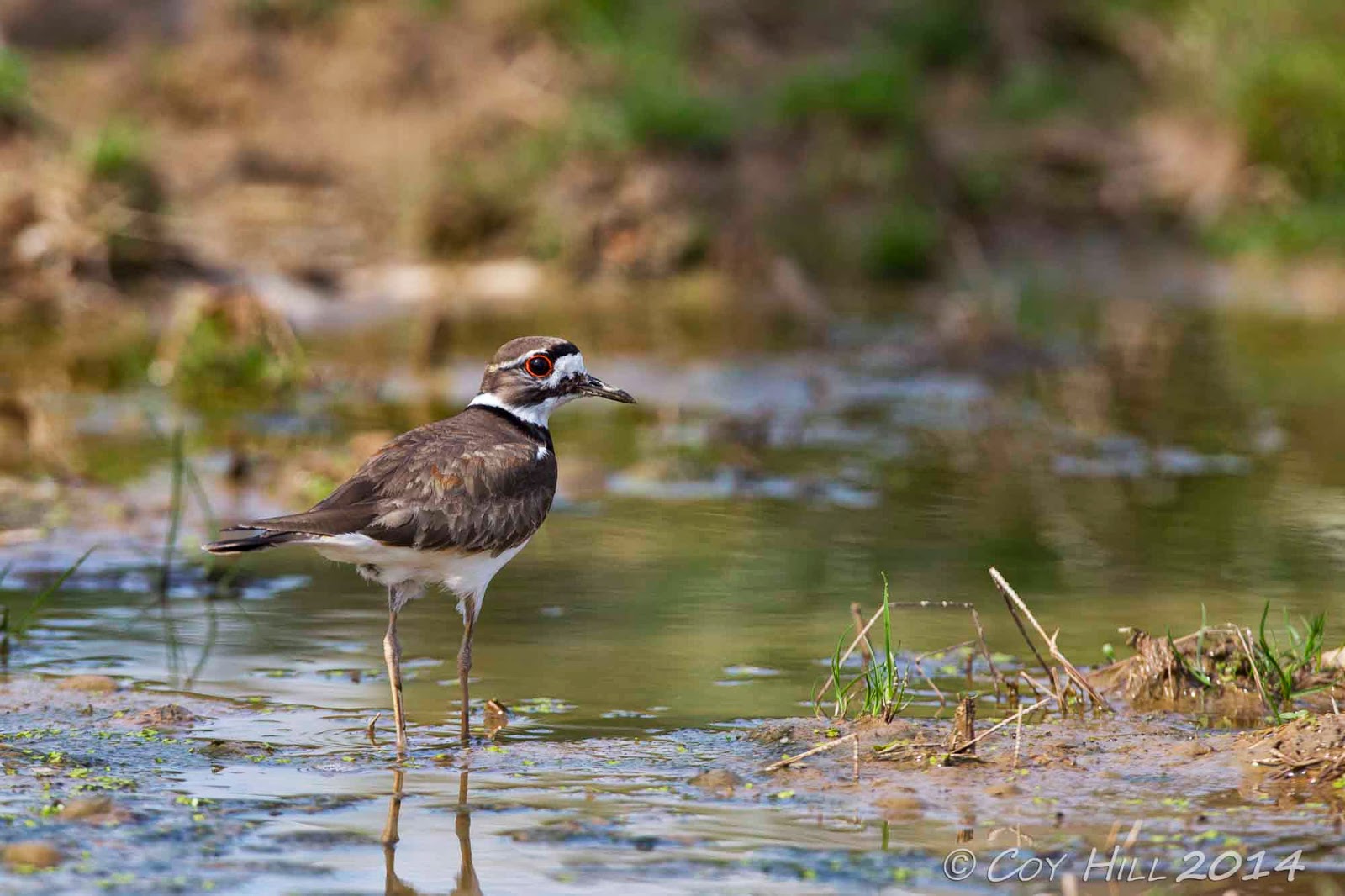 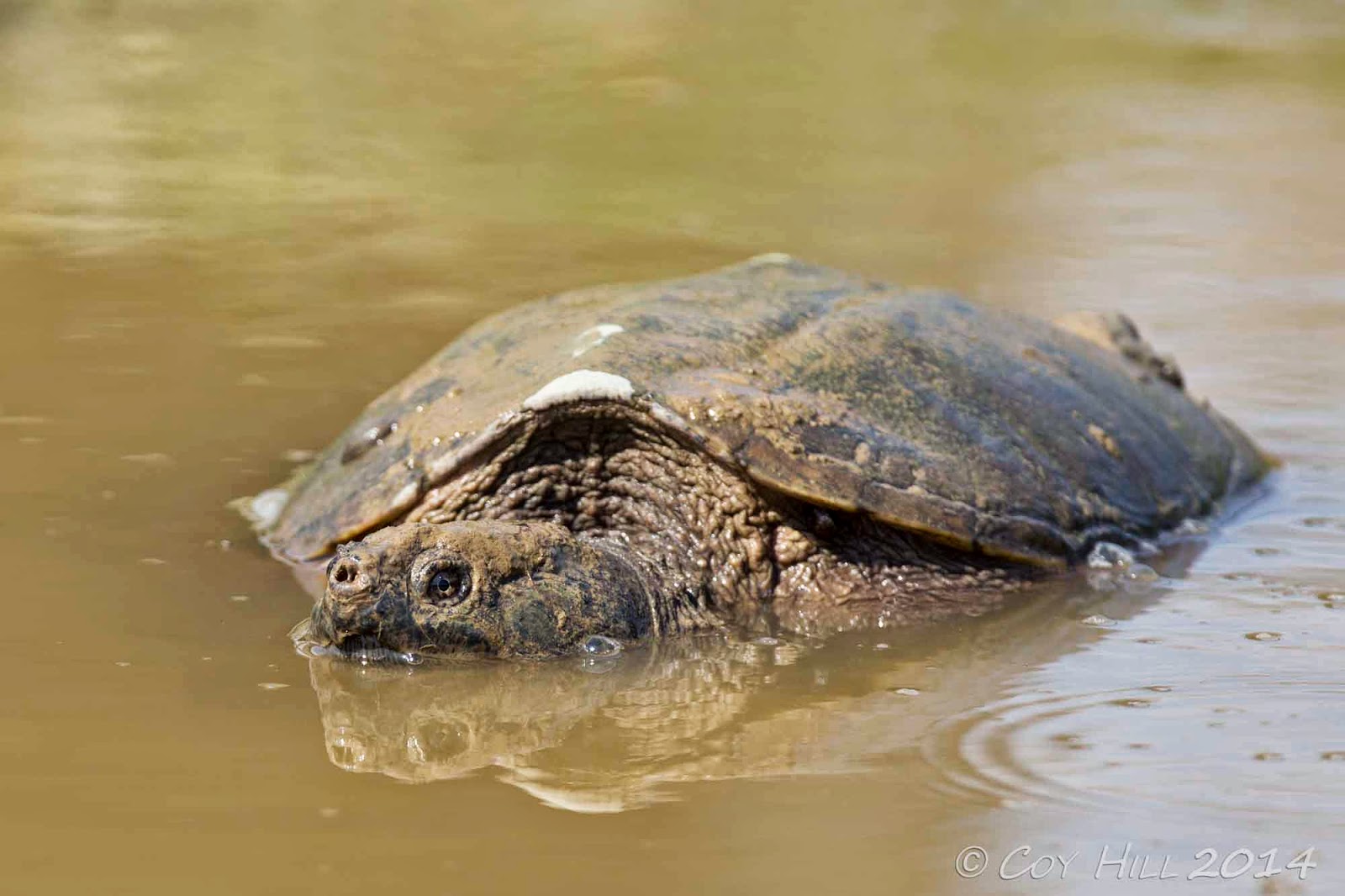 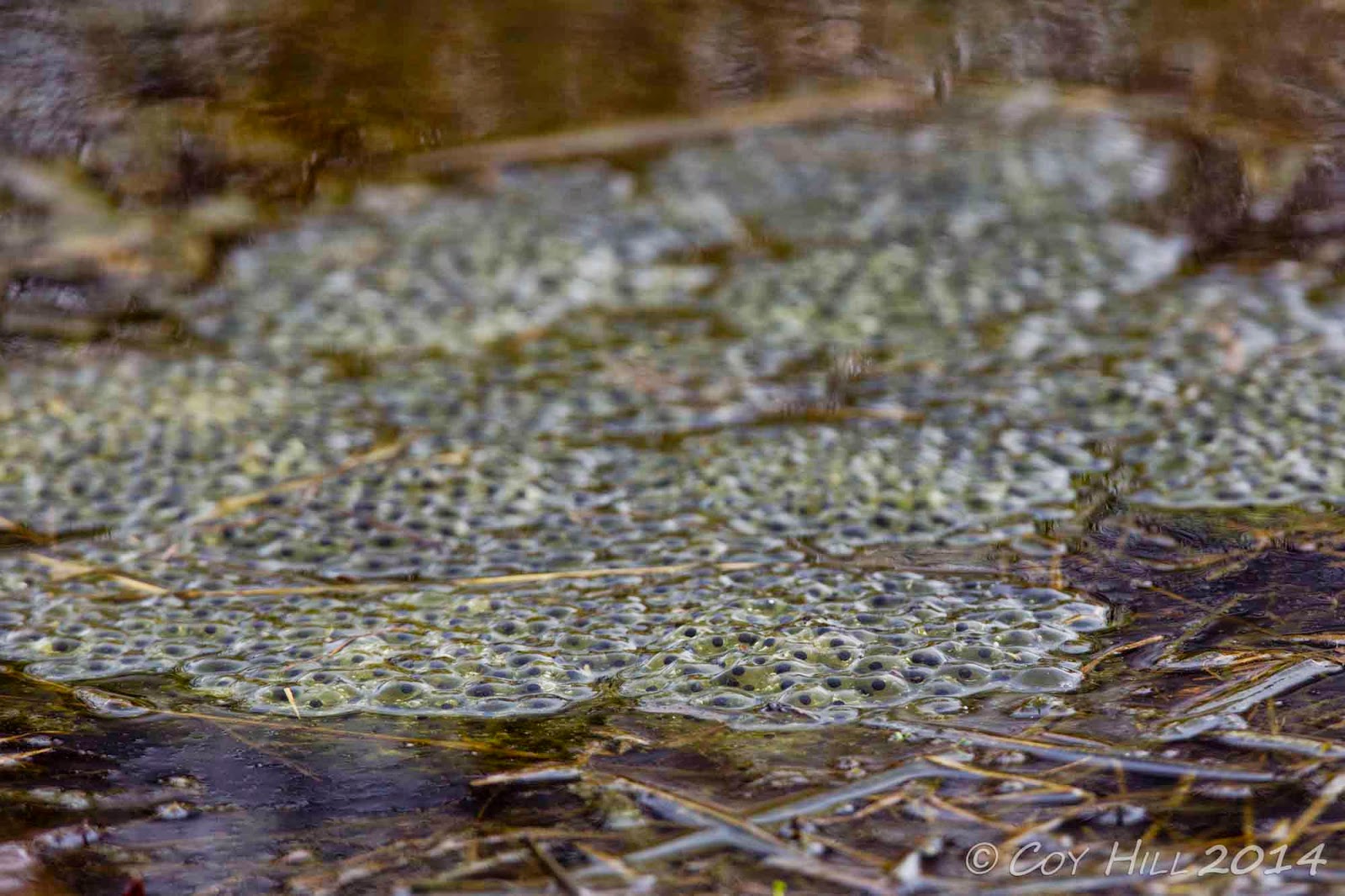 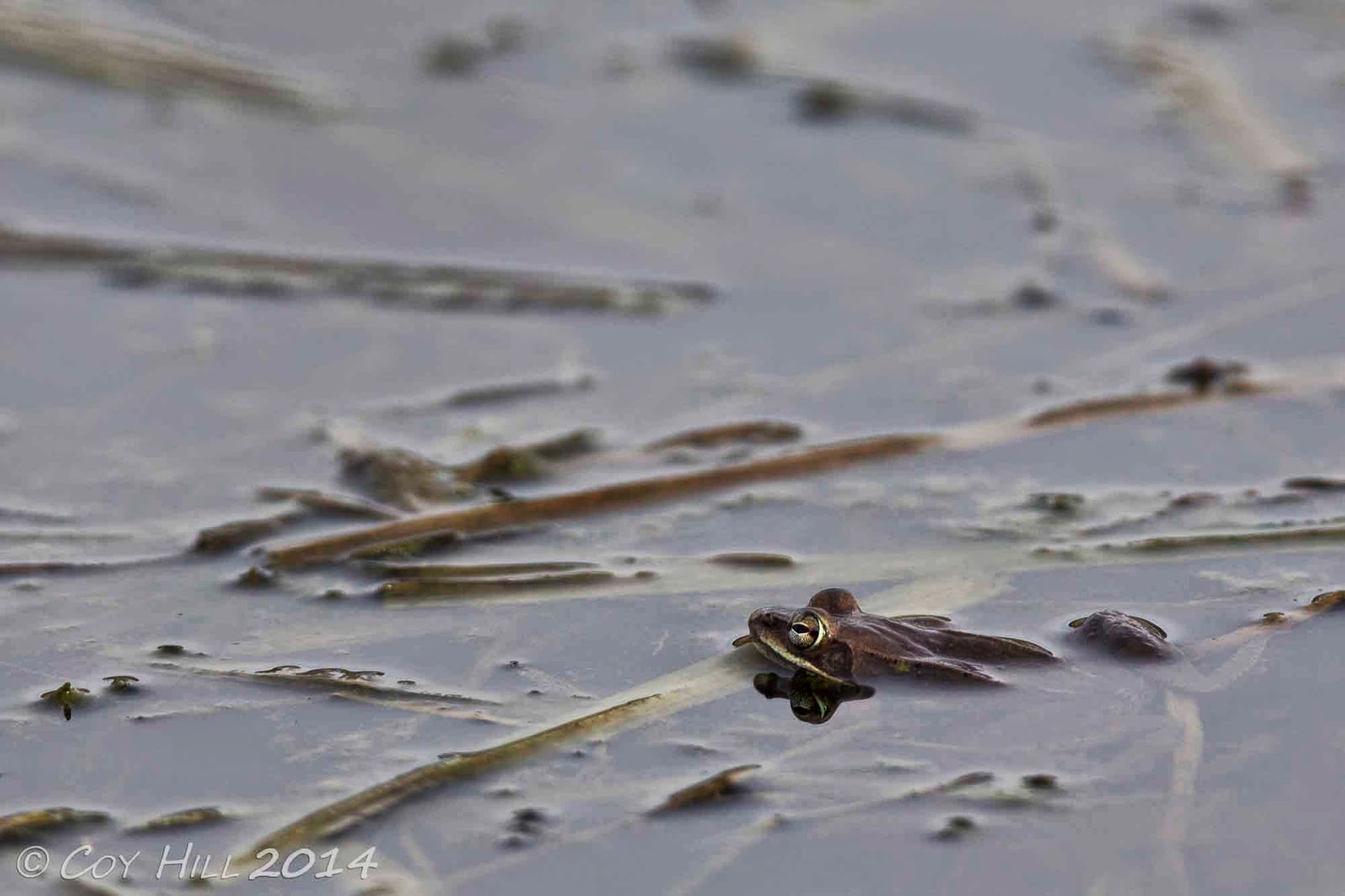 Springtime has Everyone Running and Leaping

Whether wild or domestic, after a long winter, Spring is SOMETHING TO GET EXCITED ABOUT! 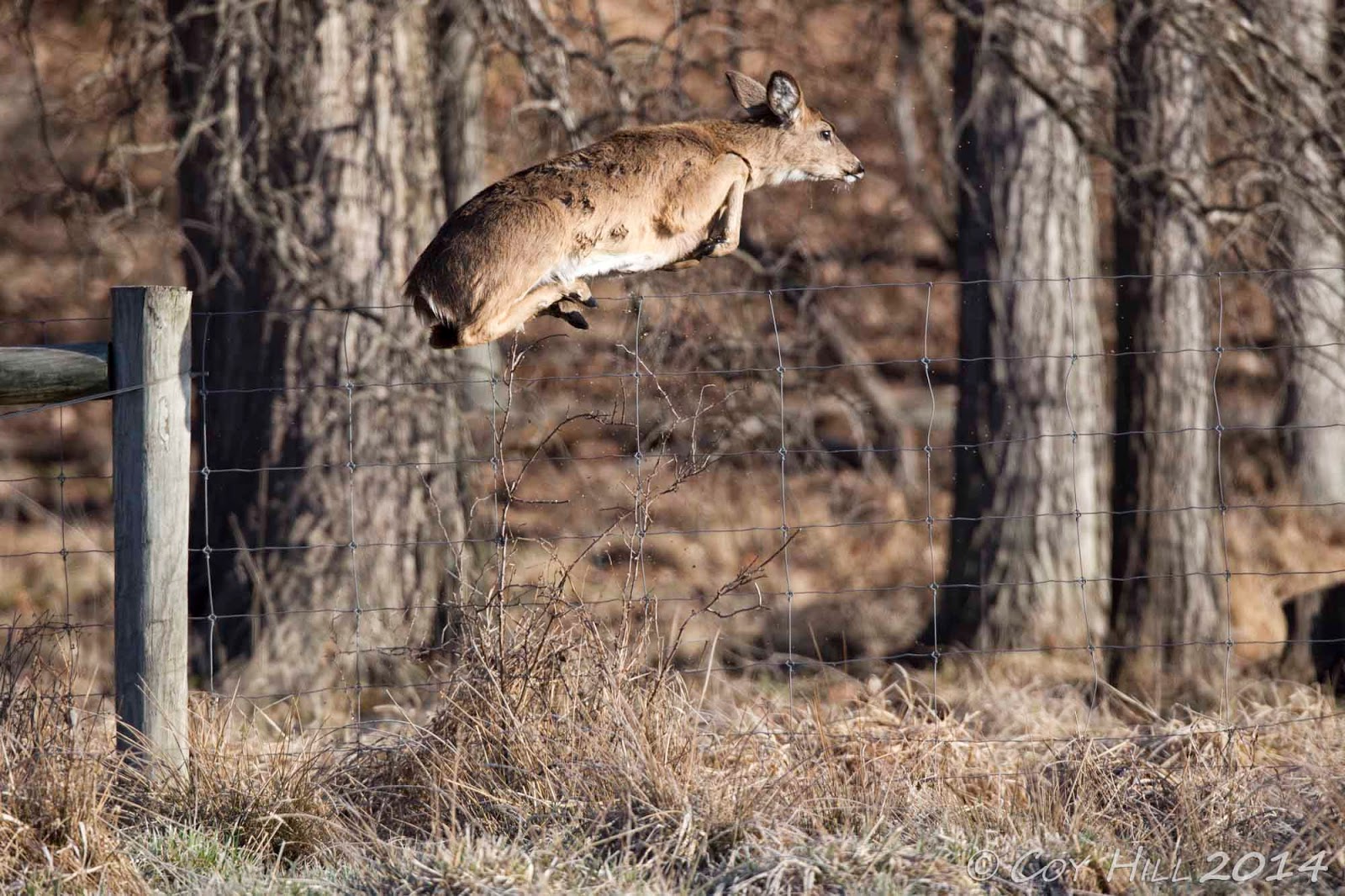 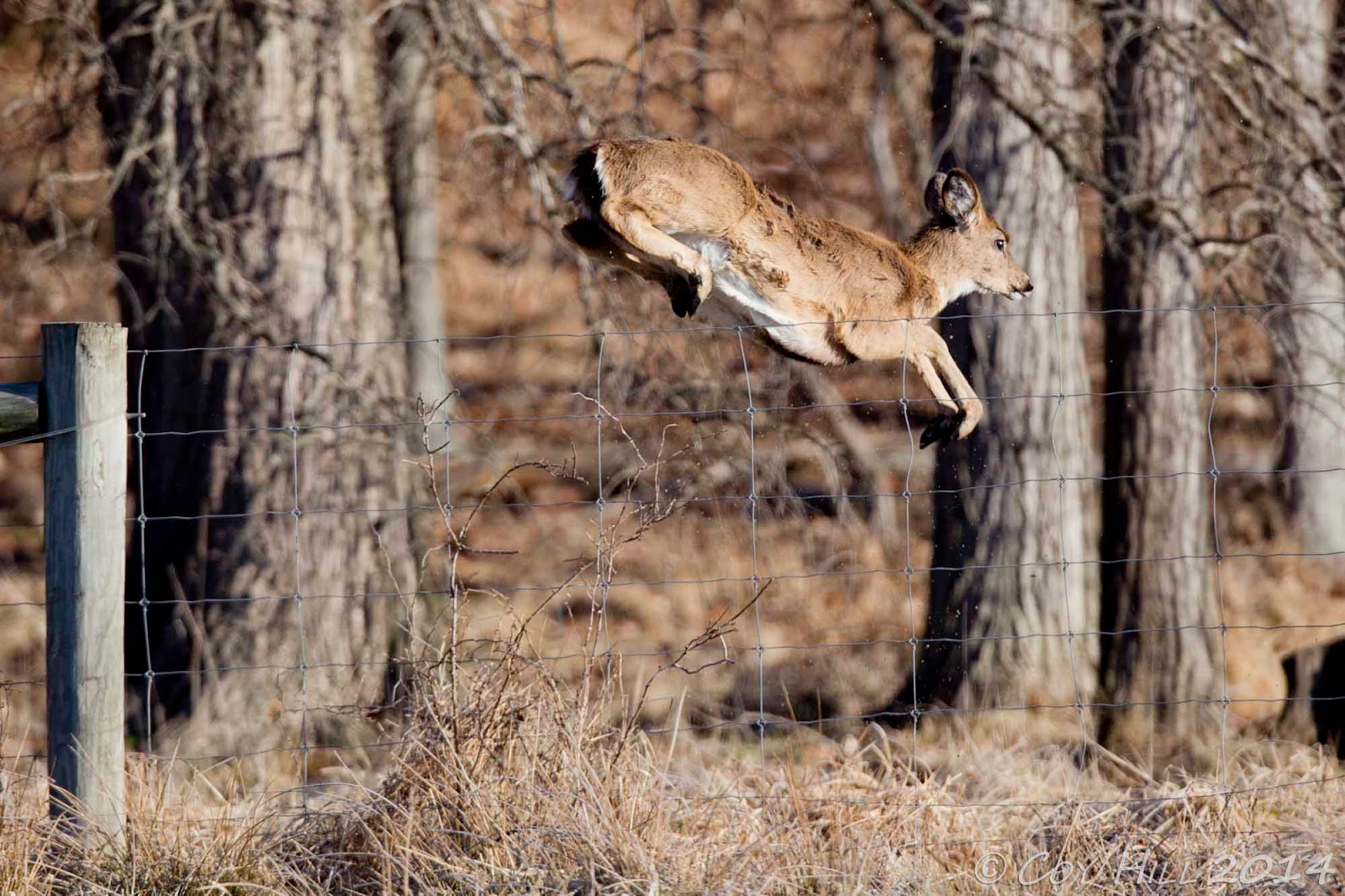 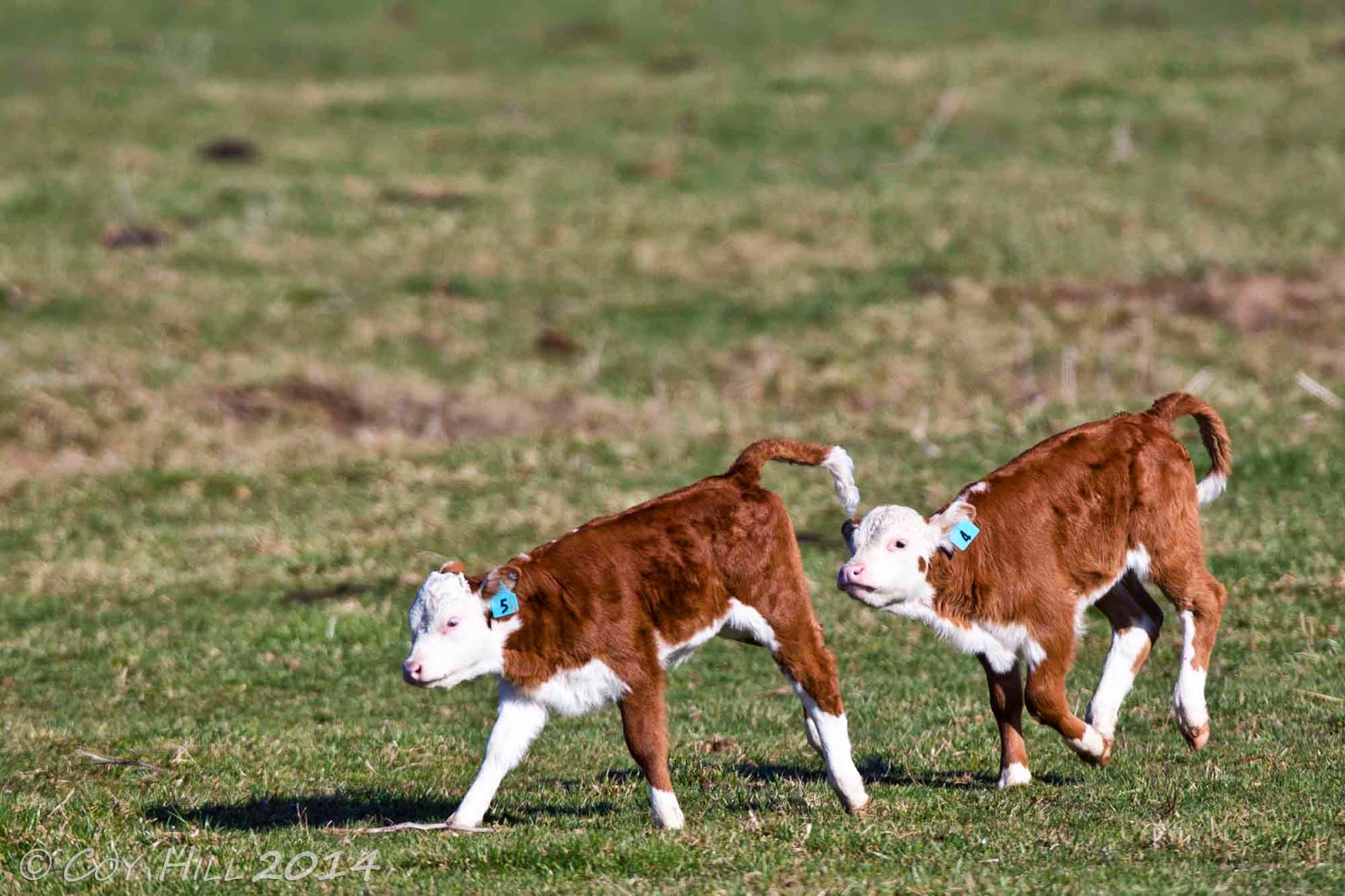 A pair of three week old heifer calves frolic in the warm sunshine. 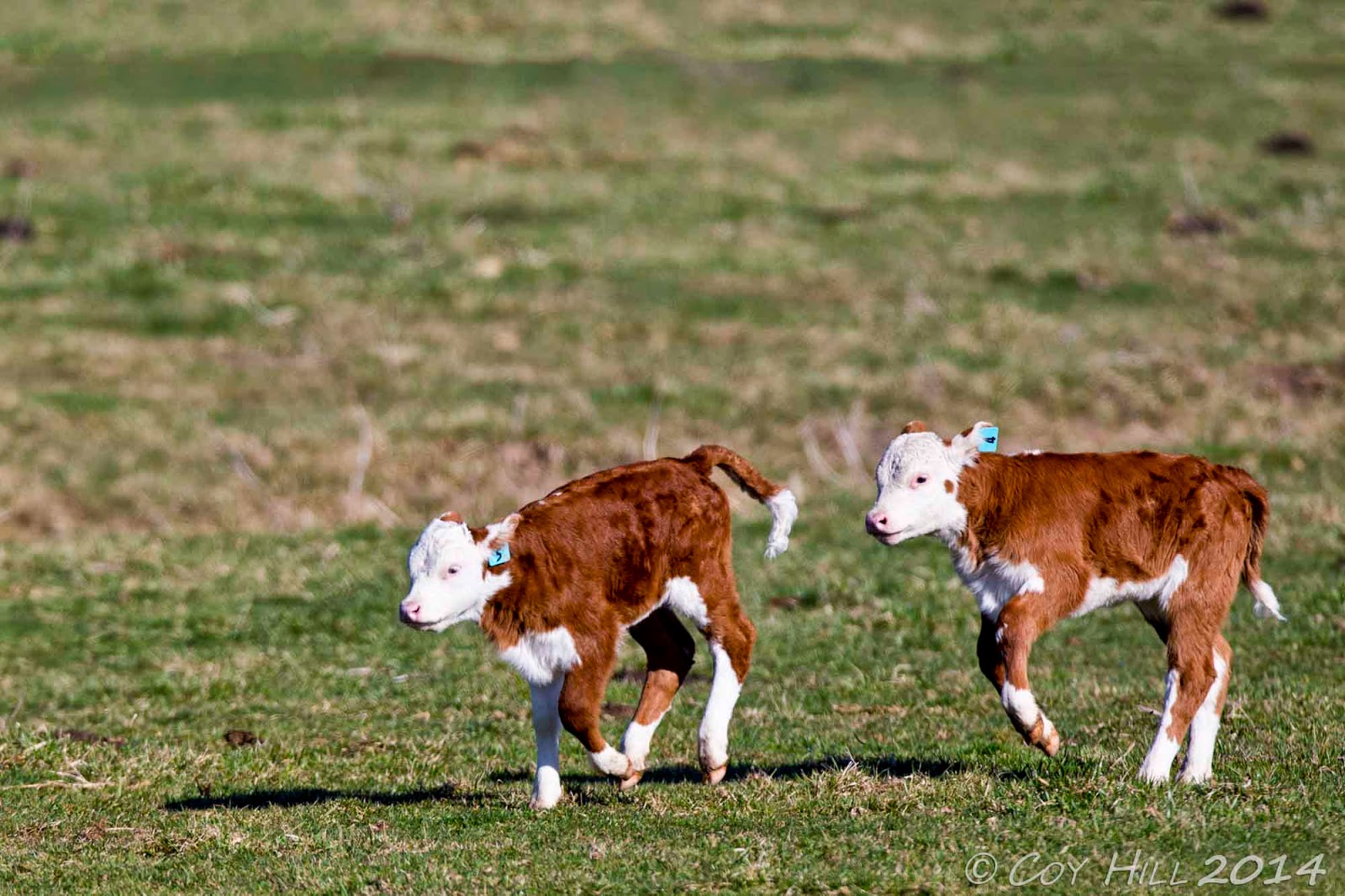 Their pair-bond may not last long but hopefully they will remain on the farm for years to come as they are destined to replace some of the older brood cows in the current herd. While the cattle must remain within the fences the deer cross over easily. 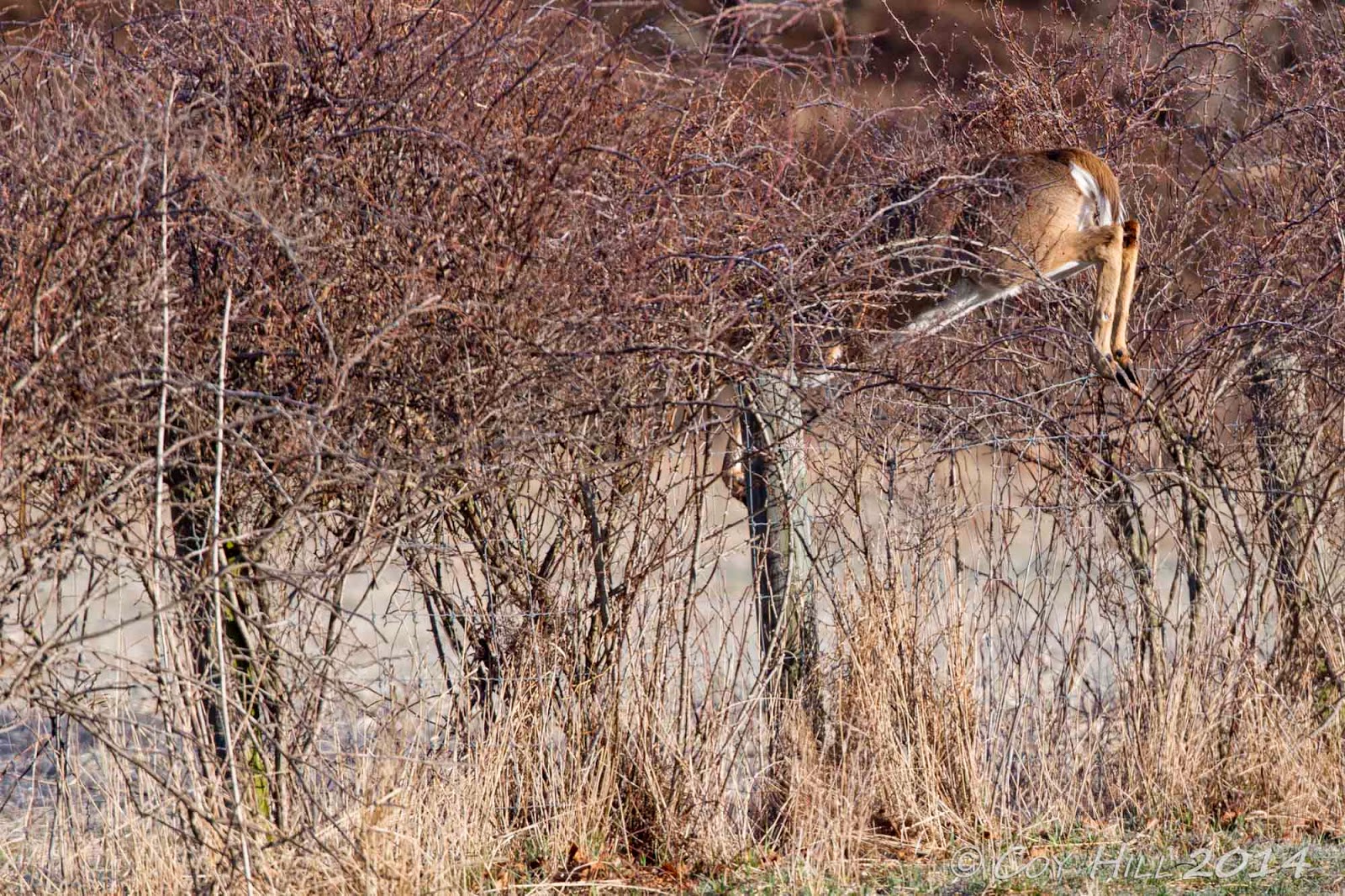 And no matter whether the fence is three foot high or six foot they nearly always use minimal effort, barely clearing the top strand during their jump. 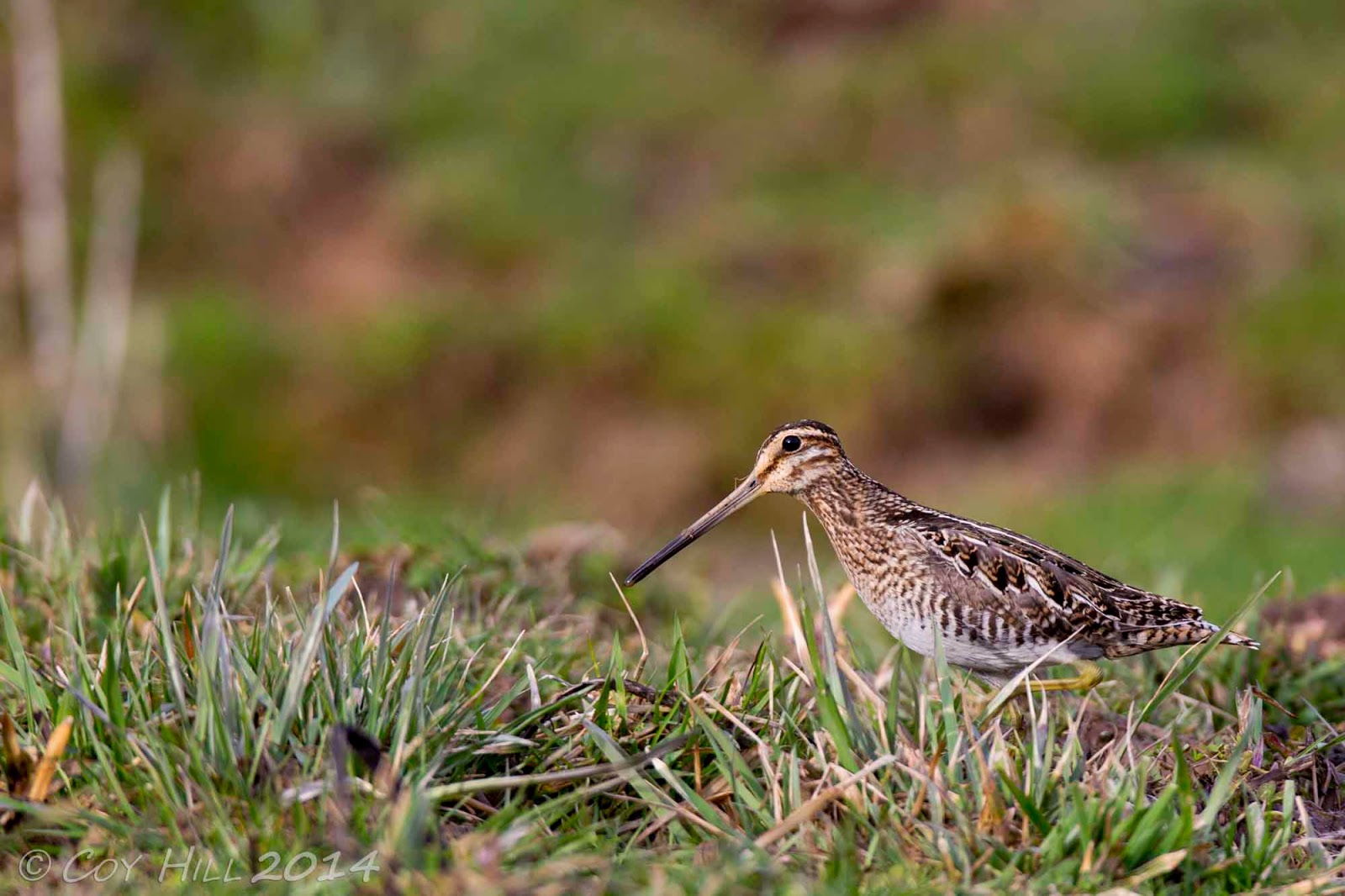 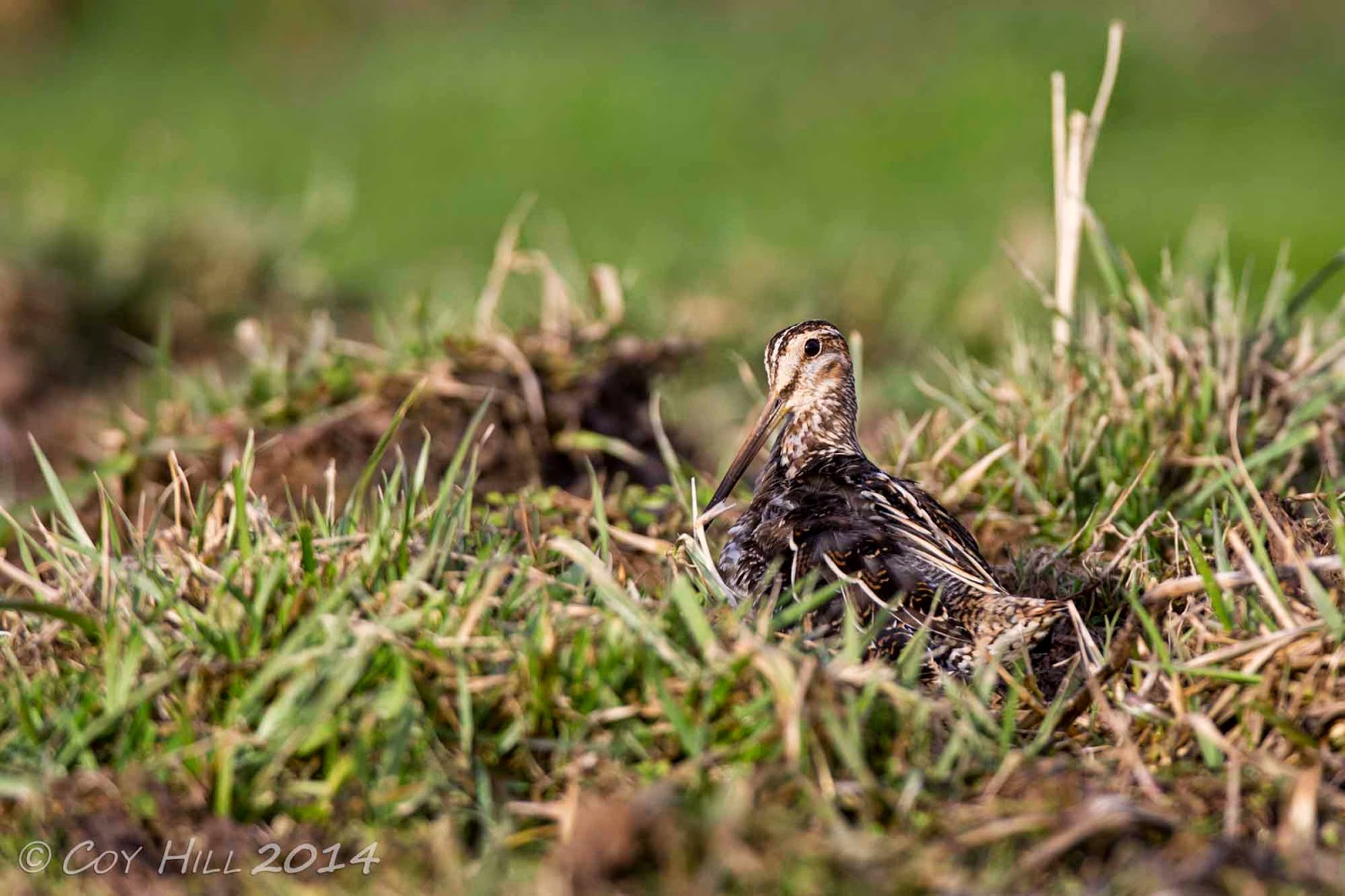 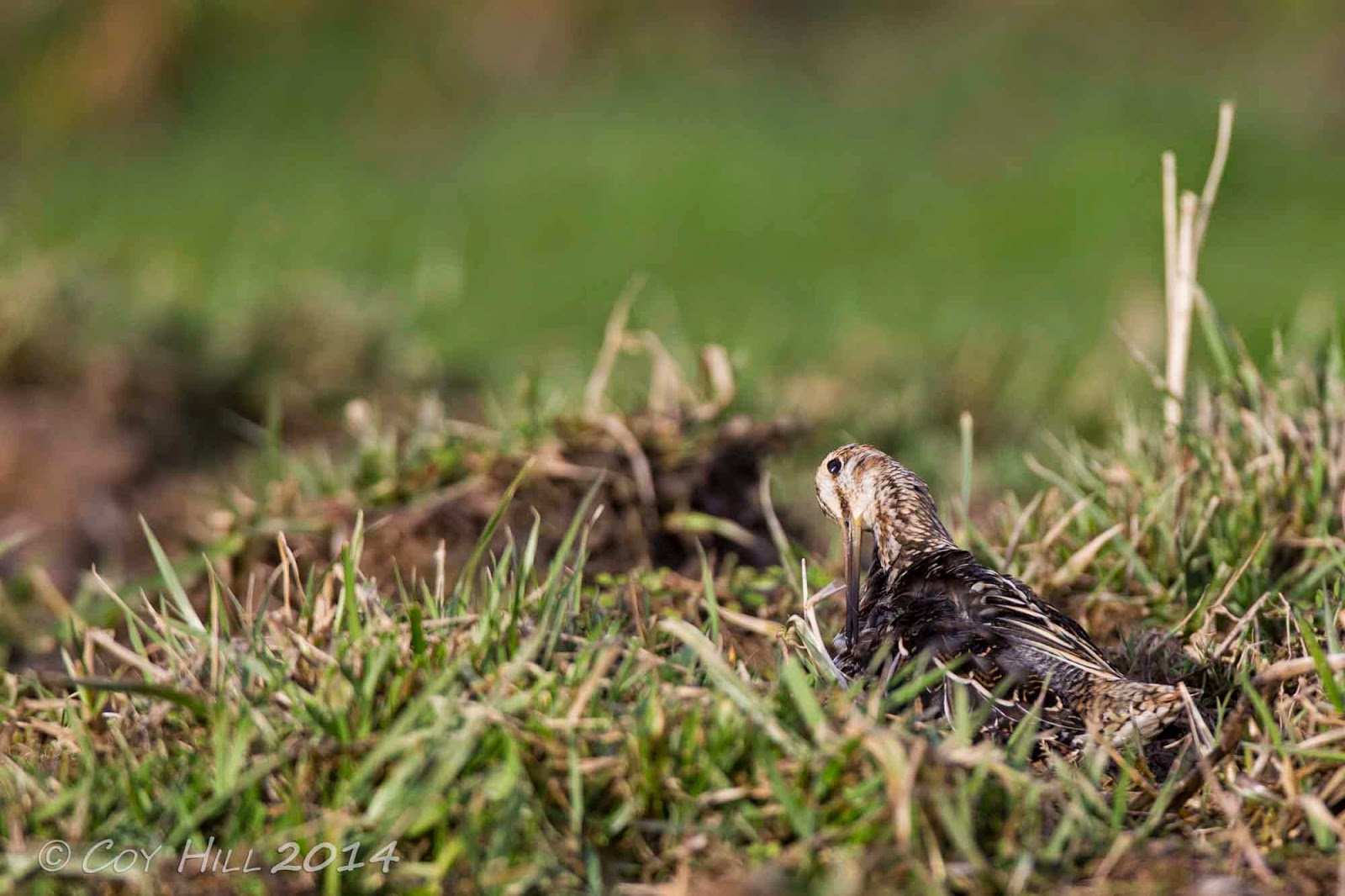 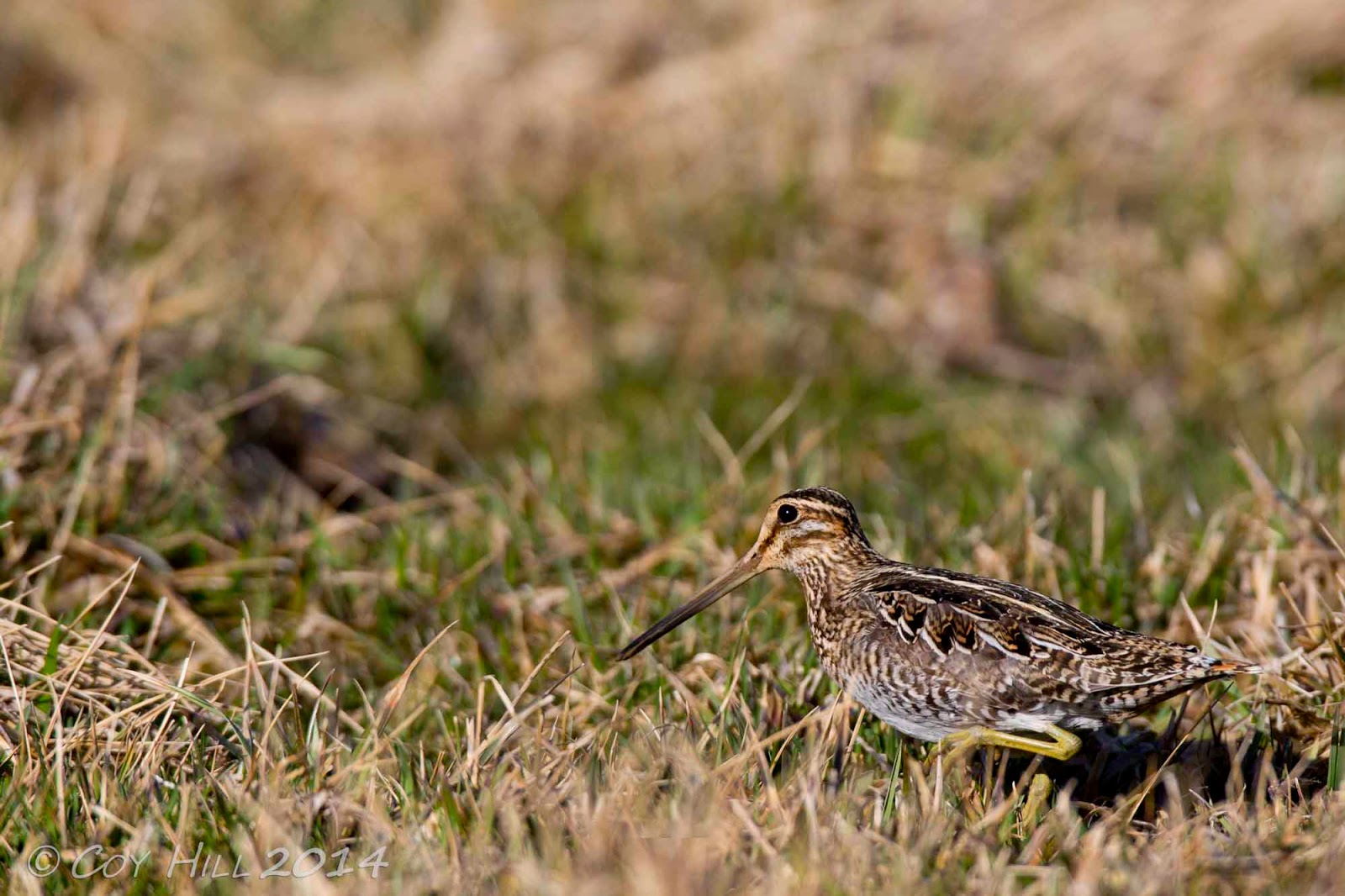 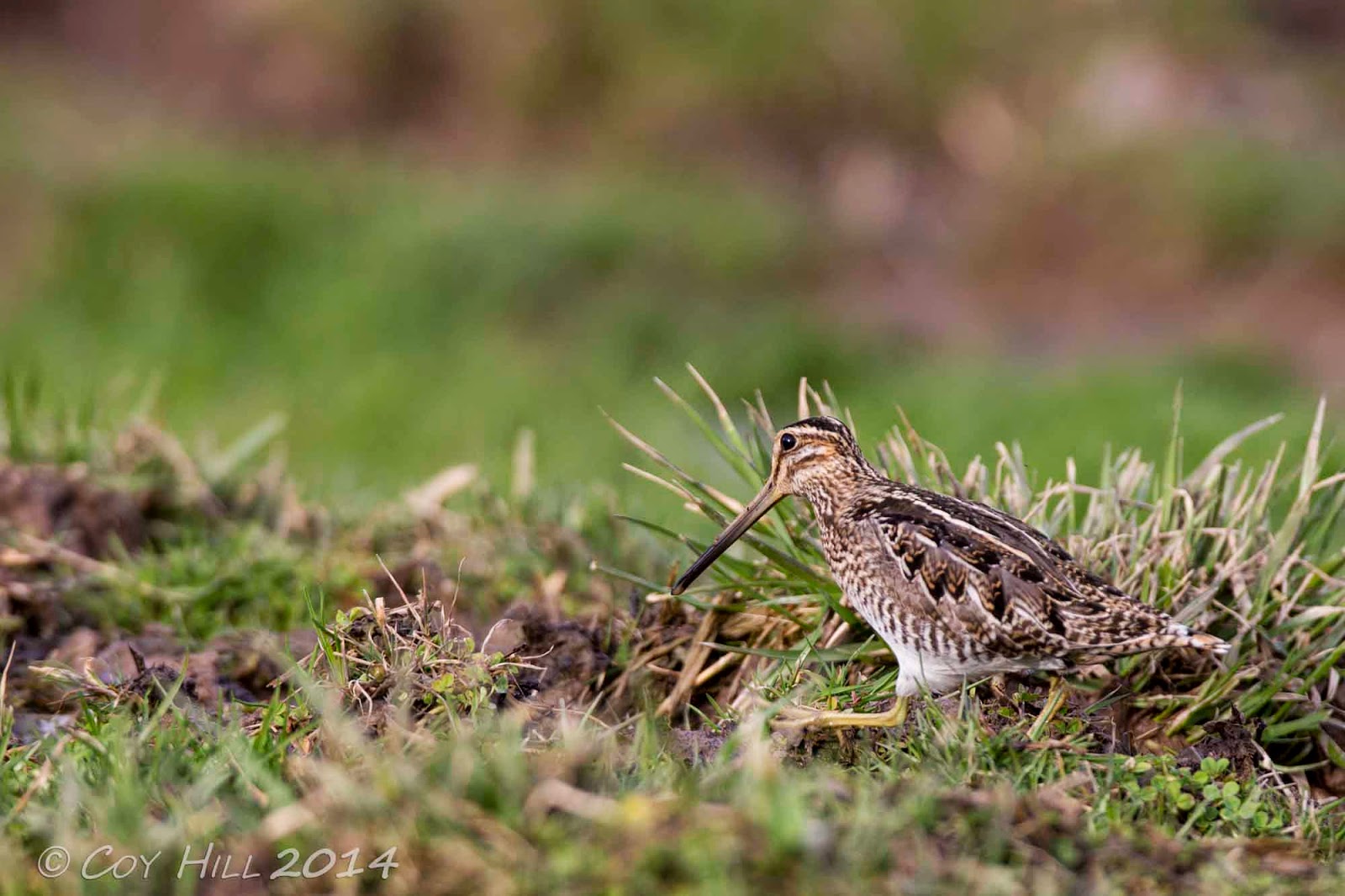