Wild Turkeys have recently been feeding on waste grain left in the harvested fields.  One flock that I have been encountering contains three unusual birds as can be seen in this series of photos.  These gray birds are known as leucistic or smoke-phase wild turkeys.  I at first wondered if they may be the result of cross breeding with domestic turkeys but from my internet research it seems that the common conclusion is that cross breeding highly unlikely. 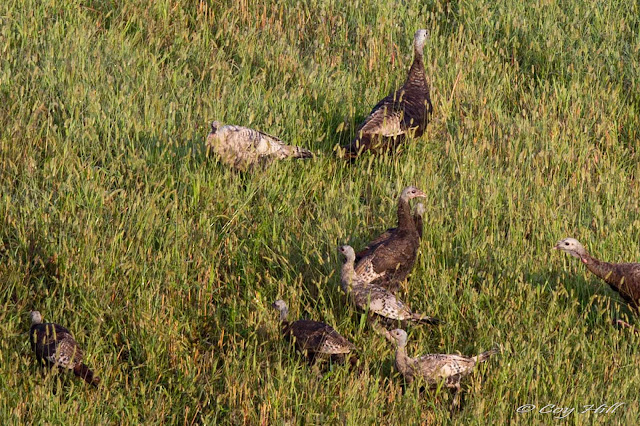 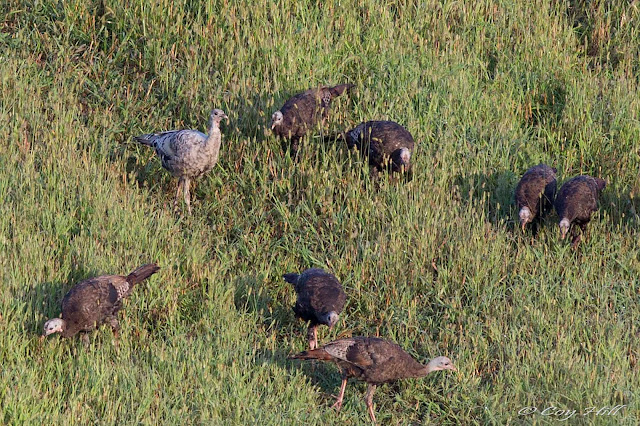 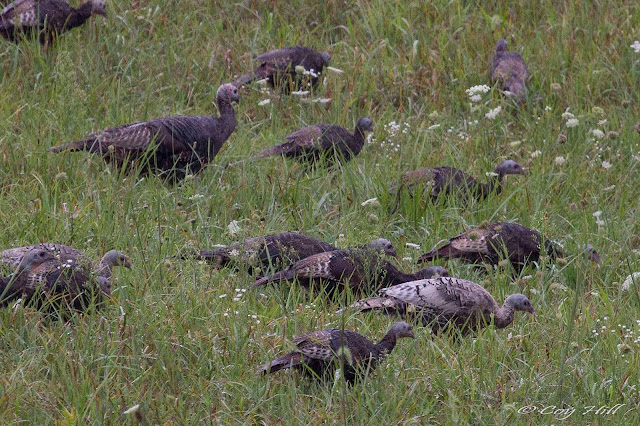 Often I see well meaning Facebook friends sharing meme's asking for prayer to be returned to our public schools.  The first question that pops to mind is, what prayer?  Are we speaking of Christian prayer?  If so should it a prayer suitable to Protestants, or to Catholics?  If it is to be appropriate to protestants which denomination should it most favor or should it be a prayer that all Christians would find acceptable?

As if the Christian question isn't difficult enough we must consider other religions for our country host a diverse mix of all the worlds religions.  What prayers should be taught in our public schools?  Should it be Christian only or should we also include others such as Hindu, Buddhist, Muslim, etc. etc.  I have read that there are approximately 4000 different religions in the world today, so which should our government promote?

"Congress shall make no law respecting an establishment of religion, or prohibiting the free exercise thereof"

If someones tells you the founders of our nation established it as a Christian nation they telling you an absolute lie.  The first amendment is very clear.

Faith training belongs in the home, in the church, and without government interference as our founding fathers intended.