The elk rut in northern Pennsylvania is one of the greatest wildlife shows that the Keystone State has to offer.  Whereas most wildlife activity goes largely unnoticed, Pennsylvania's elk are easily seen and are not particularly wary of humans.  While this has been the case with practically all of the elk I have encountered in different parts of the elk range it is particularly true in the Winslow Hill/Benezette area.  This area has become a popular tourist attraction for those wanting to experience elk and the elk rut in particular.  Having only a short time to photograph the elk rut this year I focused my attention on this area.  The following are a few images from my two mornings and one evening of photographing these awe inspiring animals. 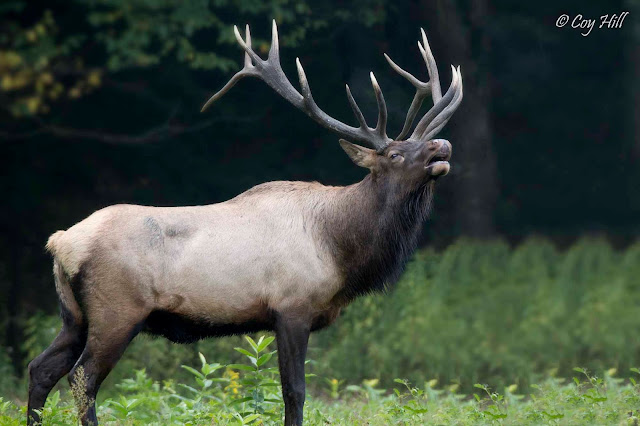 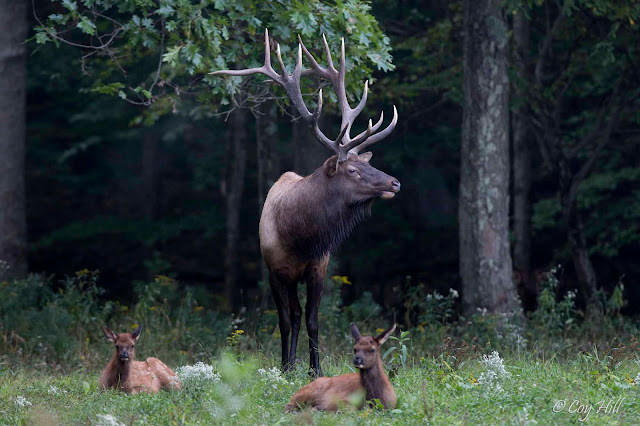 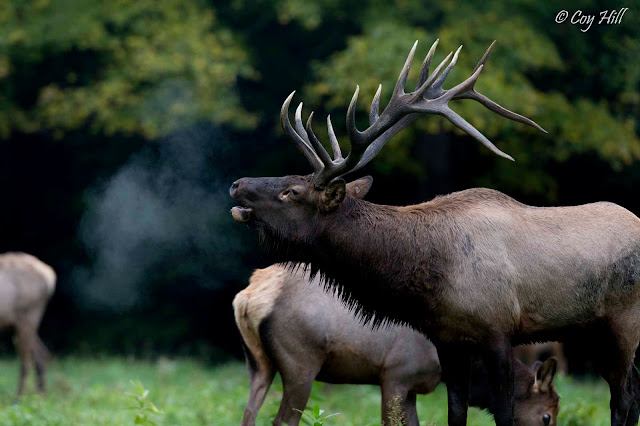 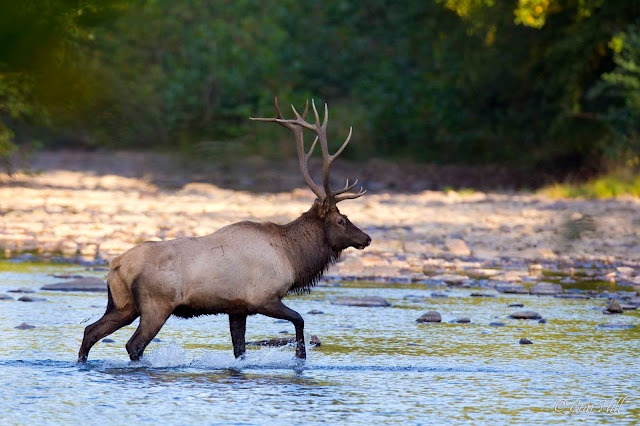 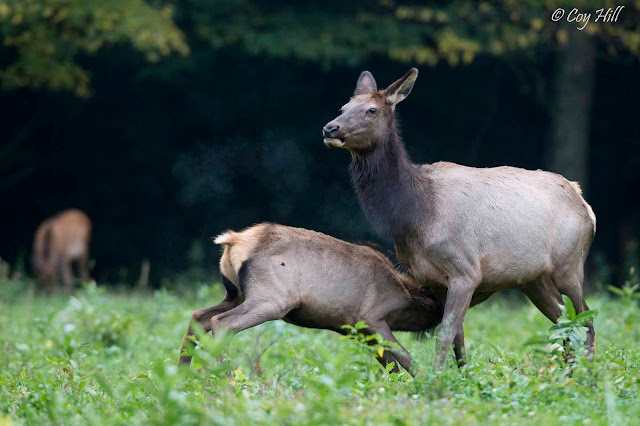 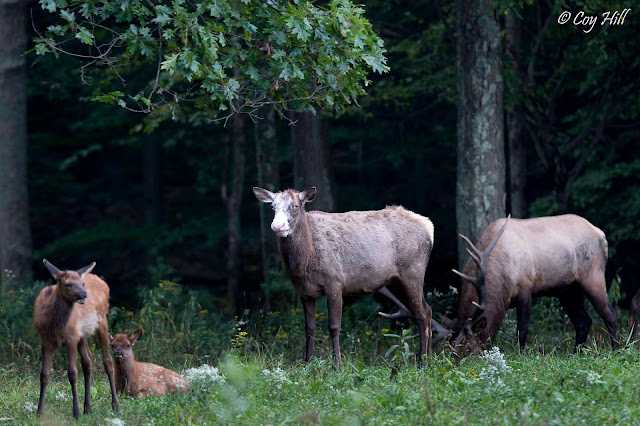 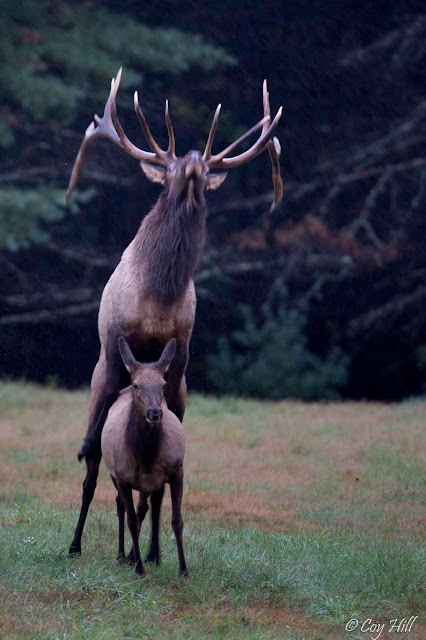 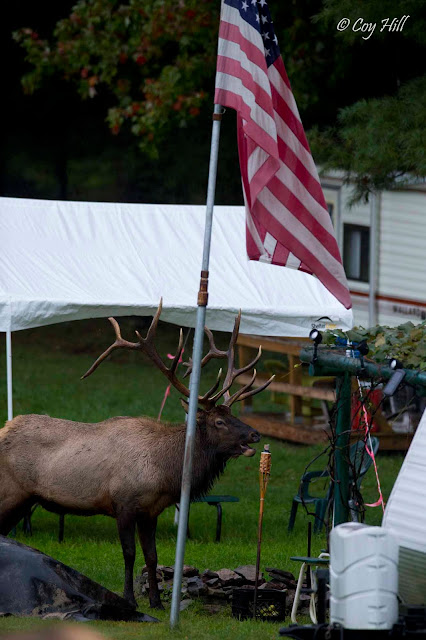 While I have been busy all summer restoring the exterior of our family farm house, I have also taken time our most every morning to photograph the local wildlife.  As August drew to a close I observed my first whitetail buck shedding his velvet on the 30th. 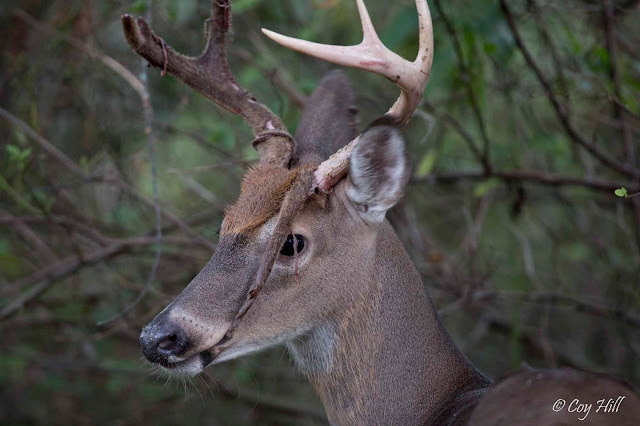 A couple of day later he was wanting to spar but his sparring partner, having not yet shed, was very hesitant to joust. 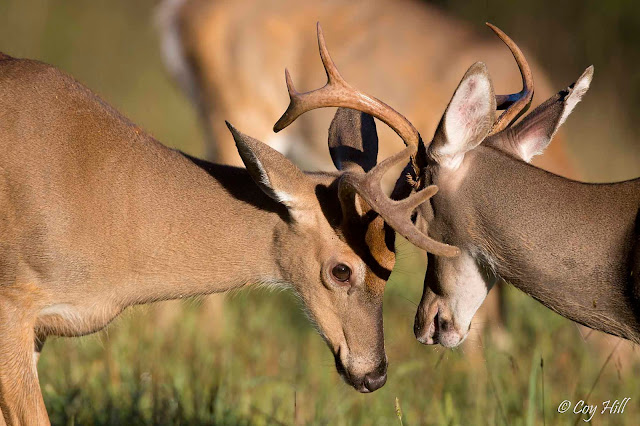 As September progressed more bucks appeared with hard antlers and frequent sparring has become the order of the day. 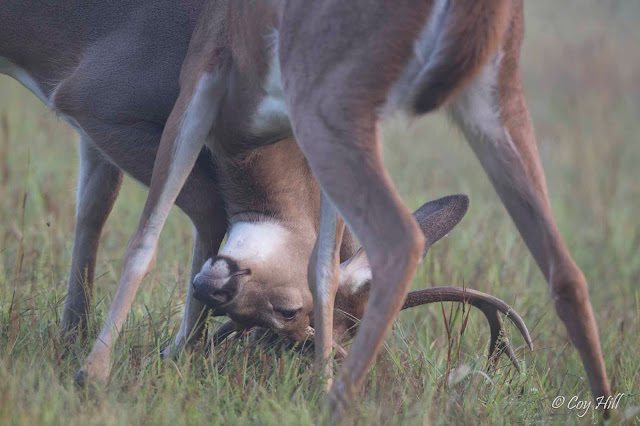 The bucks will not engage in serious dominance fights until the rut begins however even the sparring matches can have their violent moments. 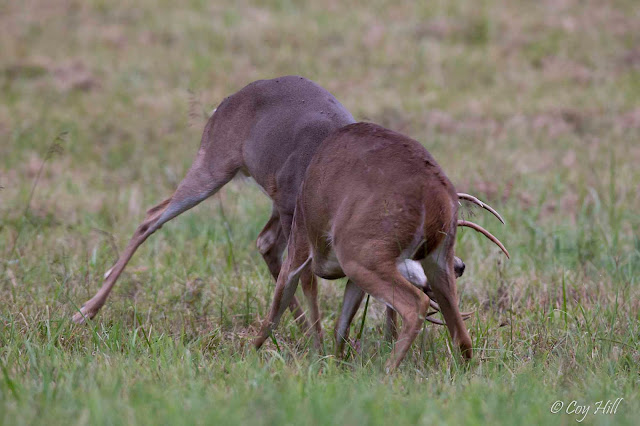 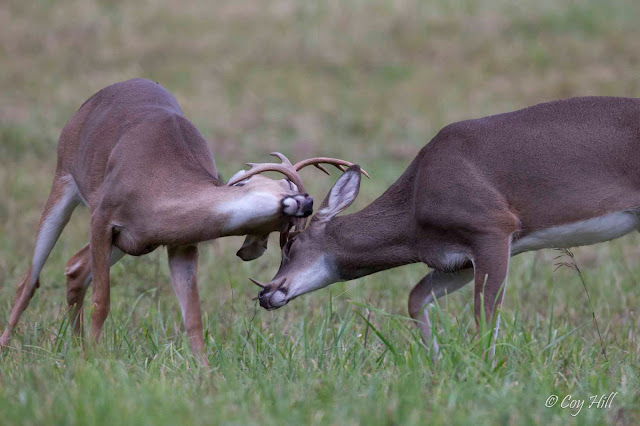 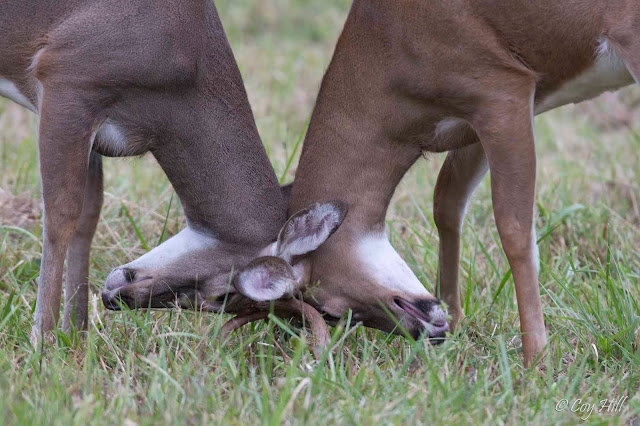 And all the while does are still nursing the fawns.  Nursing sessions are becoming shorter as the does milk supply decreases and the fawns dependence upon milk lessens. 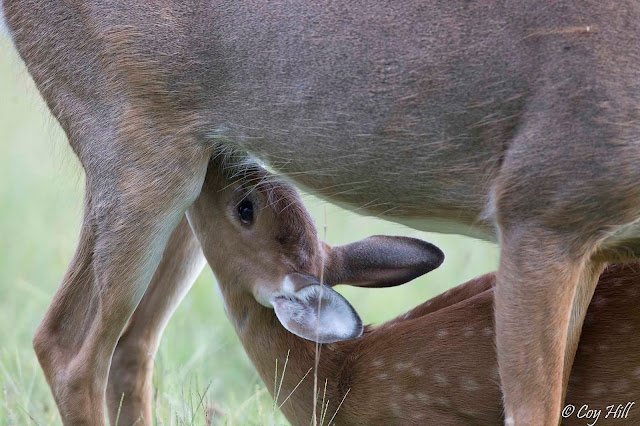