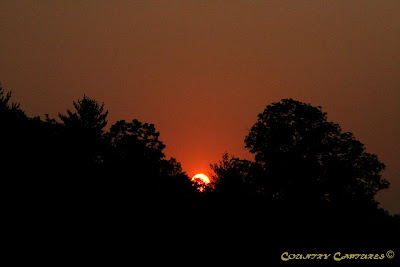 With work currently being a mad rush to nowhere, this is nearly all of the day I have recently been able to enjoy. I watch with interest the hustle and bustle of managers trying to get the maximum amount of product to market with little or no regard for the increased cost associated. Expensive mistakes which normally are rare have become the routine with some costing thousands of dollars each.

Thankfully vacation is near, only three more days to go until I can immerse myself in the fields and forest of Pennsylvania. The raucous calls of crows will be a welcome change from the din of the factory.
Posted by Coy Hill at 10/31/2007 06:30:00 PM 10 comments:

Email ThisBlogThis!Share to TwitterShare to FacebookShare to Pinterest
Labels: scenery 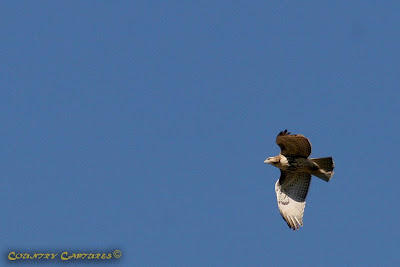 I captured this shot of what I believe to be a Red Tail Hawk while three crows were harassing it. The crows stayed far enough from the hawk that I could not capture them in the same shot. I cannot say I blame the crows for keeping their distance. If I were a crow I would stay clear of the razor sharp talons too!
Canon 30D – EF 100-400L
Posted by Coy Hill at 10/30/2007 07:25:00 PM 7 comments: 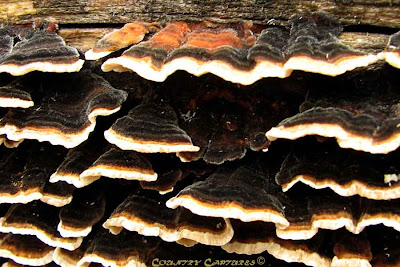 Turkey Tail, so named for its distinctive color banding, is one of our more common forest fungi.

Attached to the side of a decaying log, the fungi is quietly going about its important task of unlocking the nutrients contained in the dead log.
The Canon Power Shot S2 IS proved to be a good tool to capture this macro
Posted by Coy Hill at 10/29/2007 06:21:00 PM 8 comments: 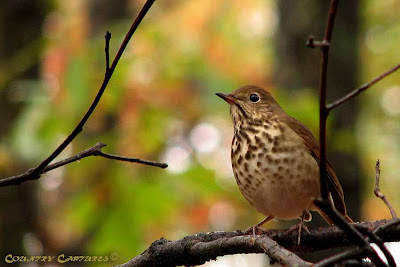 While out in the woodland yesterday I captured this little guy investigating the intruder (me) in his home.

Willard thought that it was on Ovenbird but upon checking it out in the Audubon Field Guide to North American Birds, I am inclined to believe it is a Hermit Thrush.
Captured with the Canon PowerShot S2 IS
Posted by Coy Hill at 10/28/2007 06:18:00 PM 12 comments: 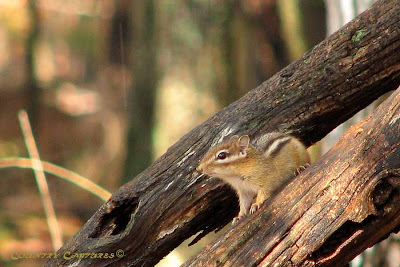 I bumped into Chip this morning but I’m still looking for Dale :)
As photography was not my primary reason to be out and about this morning I decided to lighten my load by carrying only a Canon Power-Shot S2 IS. This little chipmunk posed for the shot about fifteen feet away.
Posted by Coy Hill at 10/27/2007 02:20:00 PM 13 comments: 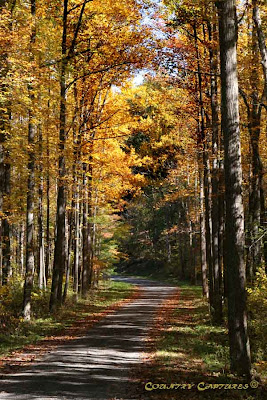 While my wife and I were driving about the county this past weekend we paused for a moment along this quiet backroad. 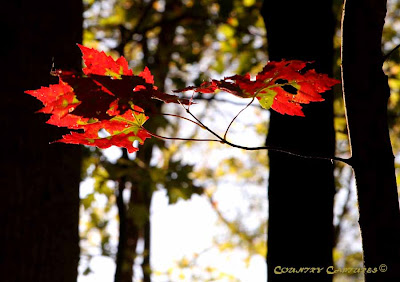 I am frequently impressed with how multiple photographers can shoot the same subject and obtain quite differing results.

Not only do we experience this effect in photography but also in life in general as very seldom will two individuals witnessing the same event recount the exact same story.

While shooting with Chad, we shot the same maple leaves with very different results. I will not risk embarrassment by asking you to vote for “Best of Show” :) but rather click HERE to view the variation in our images. 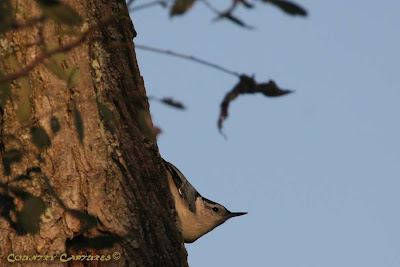 This little Nuthatch was very busy hopping up and down the trees. 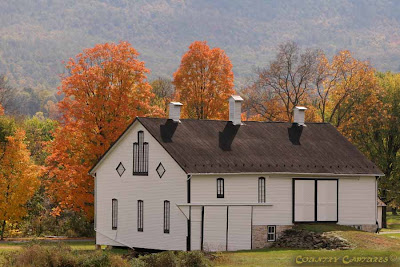 Although my wife and I didn’t take in many of the festivities the weekend offered we did drive around the county quite a bit enjoying what may be the peak of this year’s foliage season.

This pretty white barn with the beautiful fall foliage providing a colorful backdrop caught our eye. 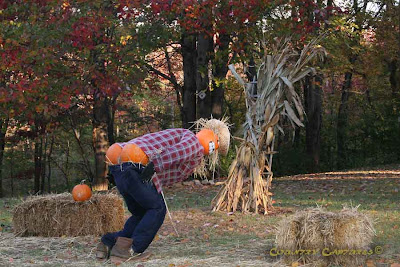 This weekend our county hosts its 34th annual Fulton Fall Folk Festival. A local resident found fit to the greet visitors arriving from the west on the Lincoln Highway with this Autumn themed display.

The attractions encompass the entire county with arts & crafts, flea markets and yard sales nearly everywhere along with displays of antique farm machinery. Our normally quiet roads are abuzz with much more traffic than our country roads were designed to handle.

This festival was conceived as a way to celebrate our rural heritage and designed that all local people may participate as they see fit :)
Posted by Coy Hill at 10/20/2007 07:55:00 PM 17 comments:

Email ThisBlogThis!Share to TwitterShare to FacebookShare to Pinterest
Labels: autumn 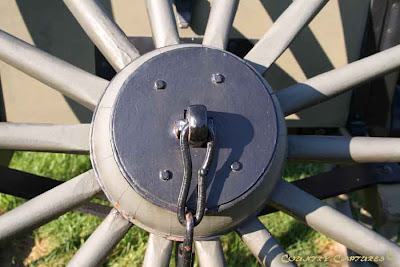 During Chad’s visit we stopped by Antietam National Battlefield. As we wandered near the visitors center I noticed the neat pattern created by the hub & spokes of this Artillery Wheel mounted on the rear of a Caisson. The standard practice of the day was to carry a spare wheel on the rear of each caisson. This wheel fit both the caissons and also the field artillery pieces.

I cannot visit places such as Antietam and Gettysburg without examining the artillery pieces sitting about. One hundred and fifty years ago these guns represented the power and might of the U.S. Government but today they are left to sit idly by on these sacred grounds. Only a small amount of work would be required to return many of these guns to firing condition but although still deadly, their firepower would be of little consequence today.

Email ThisBlogThis!Share to TwitterShare to FacebookShare to Pinterest
Labels: Antietam 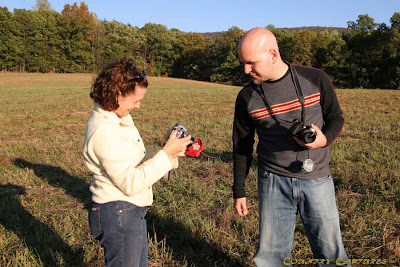 As illustrated here, not all images are captured the way nature composed them.

Amy composed this interesting arrangement and turned it just so to catch the evening light while Chad watched closely.

I found it very interesting to watch these two young photographers at work. We were all in the same place but each had their own style of capturing a memorable image. Like Amy, I seldom have human subjects to work with and found myself capitalizing on the opportunity as did my brother Willard.

Willard very rarely photographs anything other than wildlife but I learned today upon visiting his blog that while each of us was engrossed in our various subjects he was busily capturing us! For another view of our outing visit him here
Posted by Coy Hill at 10/18/2007 07:26:00 PM 10 comments:

Email ThisBlogThis!Share to TwitterShare to FacebookShare to Pinterest
Labels: family 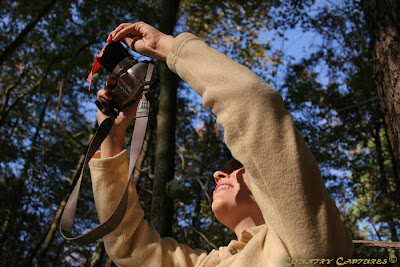 It seems that the Family Photoblog subject of the day is leaf filters. As I didn’t shoot any of these creations I decided to post the technique by which these images were captured.

Amy is pictured here shooting with her handy little Canon S2 IS. This camera has the ability to focus on the front lens element in the super macro mode allowing her to hold the leaf directly against the front of her lens hood and capture only the light passing through the leaf. 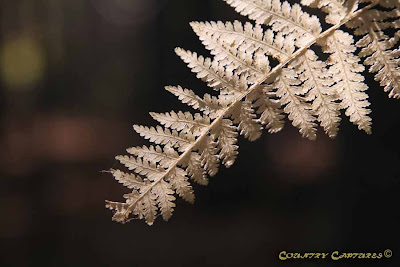 While on our Blogger Family Photoshoot I noticed Amy shooting some ferns whose fronds had begun to change colors. After she finished I took my turn shooting and selected this single backlit frond. 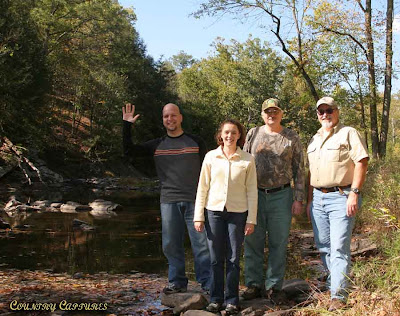 Chad’s vacation provided the opportunity to get our family of photobloggers together. Plans were made to meet up and do a few group shots followed by a hike to an old abandoned homestead in the nearby mountain. With Chad (the photog blog) living in Florida and Amy (Ash’s Eye) two hours away this was a rare opportunity that could not be missed. Of course the photo could not be complete without my brother Willard (The Pennsylvania Wildlife Photographer). 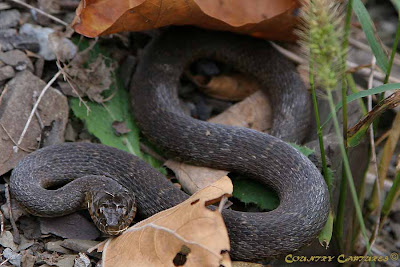 As I was about to hop the guardrail to capture some fall foliage I happened to notice this water snake lying in the leaves and rocks.

Growing up as a Farm boy I learned about the good and the bad animals. Good animals were comprised of livestock along with wild animals used for food, commonly known as game. The list of Bad creatures was fairly long and included any wild animal or bird that may kill a chicken such as skunks, opossums, raccoons, foxes, hawks, owls, and weasels along with most types of rodents and any other wild animal with no obvious useful purpose. At the very top of the Bad Animal list were snakes.

Snakes of all kinds were to be loathed, detested, and killed on sight. Was not the only possible reason God created such a loathsome creature was to tempt Eve in the Garden of Eden? Besides doesn’t the Bible say “And I will put enmity between thee and the woman, and between thy seed and her seed; it shall bruise thy head, and thou shalt bruise his heel”? Killing snakes fulfills our part of this ancient curse and on occasion a poisonous snake, given the opportunity or sufficient provocation will certainly fulfill his end of the bargain.

As I maneuvered for a close up shot my hand dropped to the rocks. Choosing a couple of pea sized pebbles I gently tossed them toward the snake to bring her into “Battle Position”. At the toss she made one quick strike and then assumed the position I was looking for. A few moments later she quietly made her escape into the creek a few yards below, never understanding that she was in absolutely no danger and that her reaction was exactly what I was looking for,
Another
“Country Capture”
Posted by Coy Hill at 10/12/2007 07:27:00 PM 10 comments: 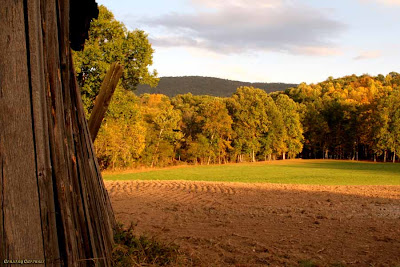 A partly cloudy evening provided me with this warm spotlight effect. My interest was drawn by the contrast between sun & shadows with remnants of an old shed providing the left frame.
Posted by Coy Hill at 10/11/2007 10:38:00 AM 14 comments: 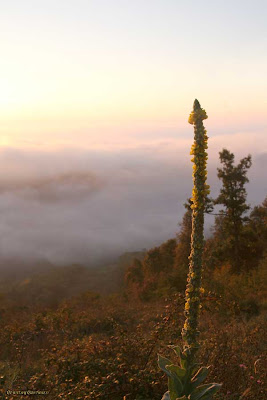 In Search of Color 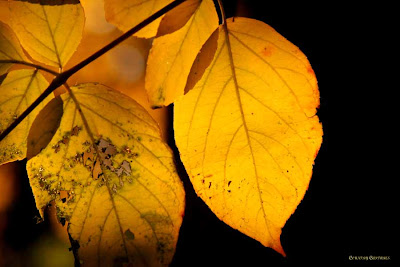 Following the magnificent sunrise I went in search of autumn foliage. Although by the calendar we have entered autumn, we are currently in the midst of an unusually hot dry spell. Our daytime highs have been hovering around 90 degrees with no measurable precipitation since late August. Combine this with the gypsy moth damage we experienced back in June and we have the perfect recipe for a lack-luster fall.

While walking along an old forest road the vivid colors and textures of these leaves illuminated by the morning sun shining through them caught my eye. The strong natural backlighting provided me with another “Country Capture” 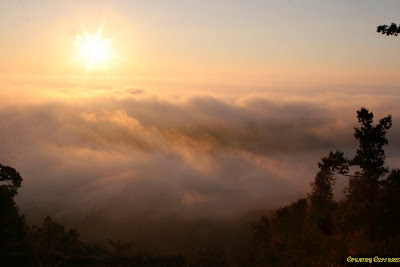 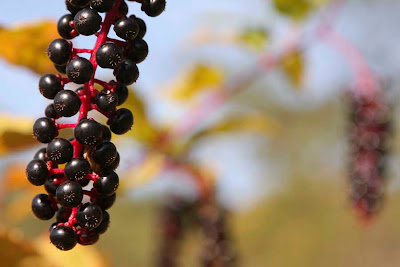 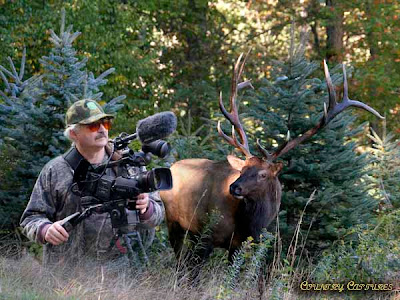 Welcome my Big Brother Willard to the blogisphere
Willard has been a dedicated wildlife photographer for over thirty years. I joke about his photography being “Antler Oriented” as many of his photographs are of deer and elk but in honesty he will not pass up the beautiful butterfly or a great sunset. Today Willard predominantly shoots HD video but his trusty old Canon 10D continues to be used to shoot stunning stills during his days afield

I could go on and on about his life long obsession with photographing wildlife but instead I will allow Willard to tell you all about it. Please visit Willard, The Pennsylvania Wildlife Photographer, and take a moment to say Hi.
Posted by Coy Hill at 10/02/2007 07:47:00 PM 13 comments: 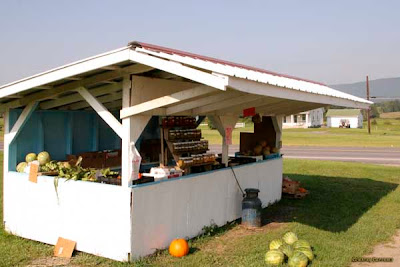 I was surprised to find this Amish Produce stand unoccupied 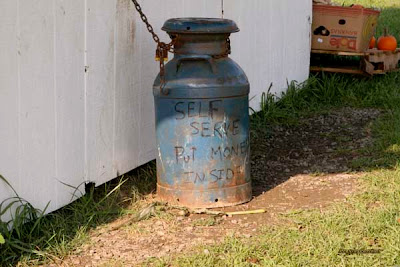 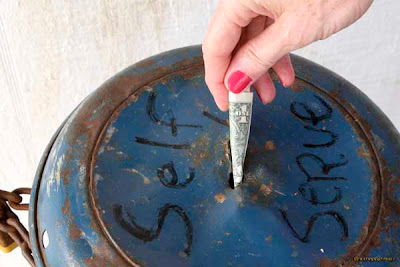 The Amish businessman appears to trust the public with his produce,

But Not His Cash